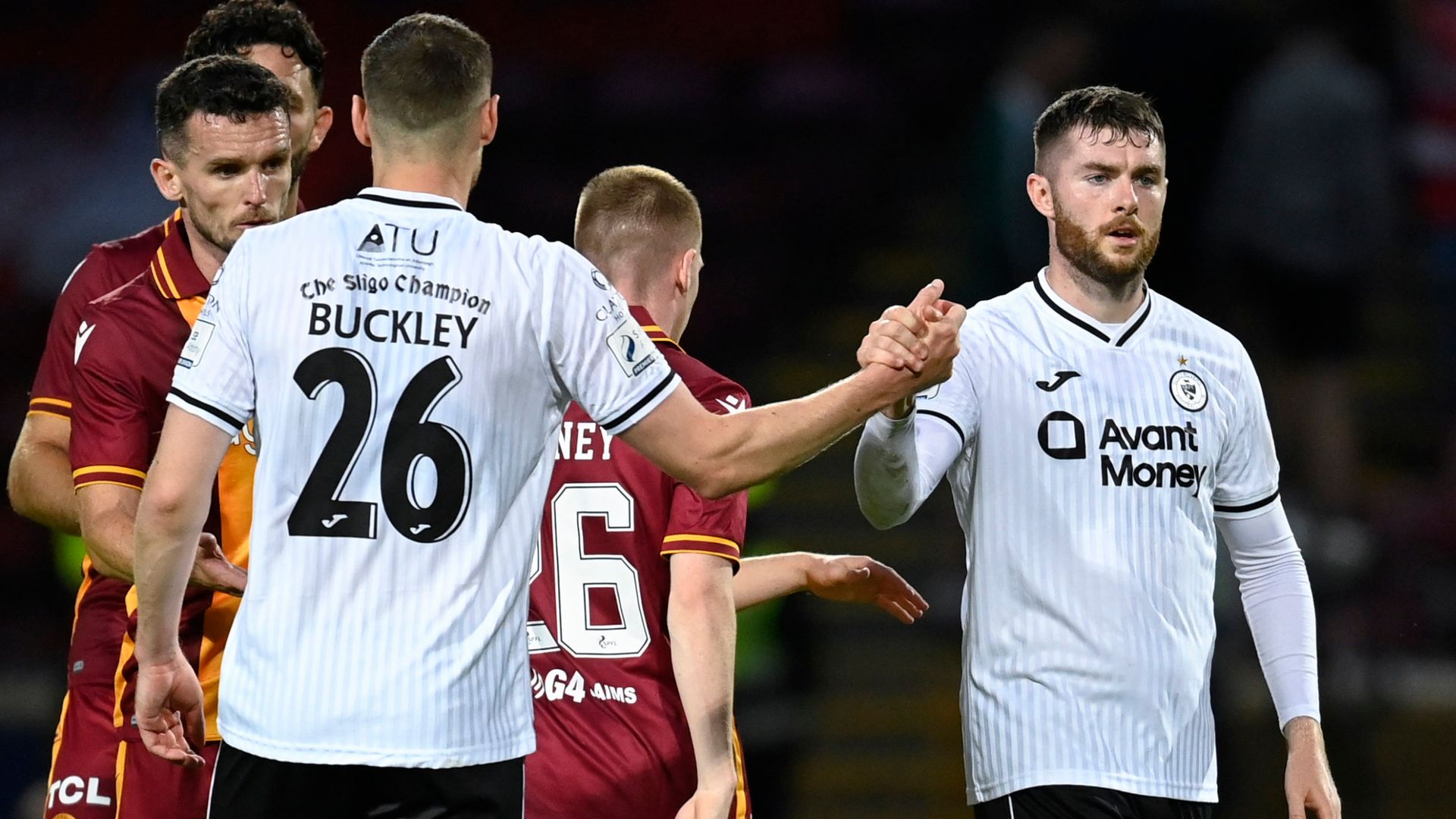 Keena capitalised on a major blunder from Bevis Mugabi to net the only goal of the first leg of the second qualifying round at Fir Park.

The 23-year-old has now scored 13 goals in 12 games since returning to Ireland in January from Falkirk.

Motherwell warmed up for the game against a team 23 games into their League of Ireland season with two friendlies and they delivered a flat display in front of 7,227 fans.

The home support had done everything possible to lift their team before the game. Hundreds of fans marched through the streets in a colourful and noisy procession to Fir Park and the three home stands looked full. About 450 visiting fans added to the occasion along with a claret and amber display along the length of the John Hunter Stand.

But the carnival atmosphere had well and truly disappeared by the end as the full-time whistle prompted widespread boos from the home support.

Paul McGinn and Kevin van Veen both shrugged off knocks to start for the hosts while Sligo had Luke McNicholas in goal after selling Motherwell-raised Ed McGinty to Oxford earlier in the day.

There were chances at either end inside two minutes, William Fitzgerald sliding in to fire over for Sligo before Josh Morris had a shot turned wide.

Both goalkeepers soon had to make saves following free-kicks into the box before Motherwell were presented with a chance following a loose pass. Van Veen’s square ball was just in front of Morris and McNicholas held Jake Carroll’s powerful strike after support arrived.

The visitors took the lead in the 27th minute following a hopeful long ball. Mugabi was under little pressure but got nowhere near enough power on his header back towards Liam Kelly and Keena ran on to the ball and lobbed the stranded goalkeeper.

Sligo sat in for the rest of the half. McNicholas pulled off two saves from Barry Maguire strikes from distance and Connor Shields was well wide after sliding to meet Morris’ low cross.

McNicholas was off his line to deny Van Veen after the restart and soon saved a Morris free-kick, but the 22-year-old was not particularly busy and Fitzgerald came close to a second when he headed on to the roof of the net.

Motherwell were in dire need of inspiration and brought on Republic of Ireland Under-21 attacker Ross Tierney. The former Bohemians player fired into the side net from a half chance before McNicholas palmed Callum Slattery’s long-range effort wide.

But Sligo substitute Max Mata had the two best chances of the half.

The striker was played in by Keena but never looked confident and lost his footing as he knocked a weak effort straight at Kelly. He then saw a close-range header blocked by Carroll with the visitors claiming it came off the Irish full-back’s arm.

The closest Motherwell came late on was when McNicholas held a Morris header.