Reading the horrific account of hundreds of babies who died and suffered brain injuries at an English maternity unit, I am haunted by the thought that this is something we missed. I was sitting on the board of the UK’s hospital regulator, the CQC, for two of the years in which Shrewsbury and Telford Hospital Trust was killing women and babies — and covering it up. To our eternal shame, we rated its maternity services as “good”.

What happened in Shrewsbury between 2000 and 2019 was an extreme example of failure to provide a basic, humane, health service. But if it’s shocking to read about militant midwives, locum doctors and a series of CEOs who swanned off into other lucrative jobs without the regulator noticing, it’s also saddening how little this scandal surprises NHS insiders. Too much of the system is run for the benefit of staff, not patients. But to say so has been to face a wall of indignation.

As public satisfaction with the NHS hits a 25-year low, perhaps we can be more honest about the problems in a service which combines world-beating excellence in some places with appalling management failure in others. This week’s British Social Attitudes survey showed overall satisfaction with the NHS at 36 per cent, down 17 percentage points from two years ago. The NHS has been our national religion, partly because it treats us without payment in our hour of need. But the idea that it’s “free” has sometimes made us too grateful, and allowed the system to close ranks. The NHS is not actually free: we pay for it through our taxes. This should give patients the right to ask questions, and not to struggle for years, as the Stanton-Davies and Griffiths families courageously did in Shrewsbury, to find out why their babies had died.

There is a culture of fear in parts of the NHS which helps neither patients nor the dedicated staff who are sick of working with bullying colleagues and box-ticking managers. When I was at CQC, hospitals would hire management consultants to game our inspections. On some visits, Professor Sir Mike Richards, the first Chief Inspector of Hospitals, would advertise his mobile number because doctors with stories to tell were frightened to be seen meeting him. That’s not to defend the CQC: Richards told me this week he wished we had found a better way to measure culture within individual departments, rather than at the Trust level, which might have picked up the failures in Shrewsbury. But there is a toxic brew of stress, long hours, and limited respite which can turn very sour. In the latest staff survey, two out of five NHS workers say they would not recommend their organisation as a good place to work. Astonishingly, that represents an improvement on previous years.

The institutional responses to events at Shrewsbury fall short. They are of the usual “lessons to be learnt” variety. There is much talk of staff shortages, without acknowledging that some gaps exist because good people have been bullied out by their peers. There are demands for more training, although staff should not need training to treat patients like human beings. There are hints about lack of funding, but parts of the 19-year period investigated were times of plenty.

Nor has there been enough debate about the need for all women giving birth to have 24/7 consultant cover. Since 2005, the NHS Litigation Authority and the Royal College of Obstetricians and Gynaecologists have recommended a higher senior consultant presence: nearly a decade later, almost no hospital had continuous cover. That was partly because you need big units to maintain continuous doctor presence, and the public is wary of “centralisation”. In London, hundreds of lives have been saved since ambulances started driving stroke patients to 8 specialist centres instead of 30 hospitals. But the plan was resisted for years by hospital fiefdoms which didn’t want to lose services and by Londoners who feared, wrongly, that travelling further would reduce their chances of survival. 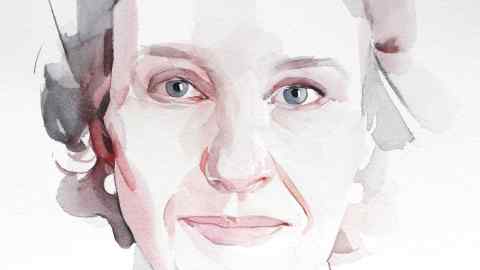 Loyalty to the local endures, because we are still nostalgic for the 1950s District General Hospital which provided everything in one place. I joined the CQC Board in 2013 after it had failed to spot the tragic deaths from neglect of around 500 patients in Stafford. Once again, the truth emerged only because of a courageous campaign by the bereaved — most notably Julie Bailey, who was then hounded out of her home by locals who feared negative publicity about the hospital might lead to its closure.

It’s incredible to think that people would rather risk death in a small local hospital than get specialist help which might be found in a bigger unit. But sensible reforms are often seen as a plot to cut costs — not entirely without reason — or to “privatise”. Campaigners who criticise the vested interests of private companies are reluctant to challenge the vested interests of professional bodies, quangos and staff: GPs who get paid extra to vaccinate, or bean-counters who saw the low caesarean rates in Shrewsbury as a cost-saving.

Perhaps we are finally ready to hear these messages now. Post-pandemic dissatisfaction is largely due to the difficulties of getting GP and hospital appointments, which is partly because some of those who held off seeking treatment for the good of others are now seriously ill.

I should admit that my own interest in healthcare emerged from the terrifying chaos and callousness I experienced when I gave birth to my first child. After a very prolonged labour, with multiple mistakes made by midwives, I was rescued by an emergency caesarean when the consultant finally showed up. Mother and son are now doing fine. But I can’t stop thinking that we might not have been, had we lived in Shrewsbury.