In February, Xiaomi founder and chief executive Lei Jun threw down the gauntlet to Apple and Samsung, vowing to make his company China’s top-selling premium brand in three years. “[It’s] a war of life and death”, Lei said in a post on Chinese social media site Weibo.

Xiaomi, the world’s second-largest smartphone vendor, is a master of reinvention, making everything from rice cookers to e-scooters. If all goes to plan, the company will roll out its electric vehicle in 2024, ahead of arch-rival Apple.

But as Beijing’s tech crackdown takes hold, Lei is facing the potential for greater regulation at a time companies around the world are suffering from a global chip shortage. As China works to bring Big Tech to heel, Xiaomi’s Hong Kong-listed shares have fallen more than 50 per cent from a year ago to about HK$12 (US$1.50). Its growth momentum also hinges on whether it can fend off its domestic and international rivals, said analysts.

“Xiaomi is on three racing tracks, smartphone, internet of things and EV, all with challenges there from big existing players,” said Ivan Lam, a smartphone analyst at Counterpoint Research in Hong Kong. “But Xiaomi is insisting on having it all. It’s going to be very challenging.”

According to former and current employees and industry analysts, Xiaomi’s biggest hurdle to realising its goals of overtaking Apple and Samsung is convincing consumers of its high-end pedigree.

Xiaomi, launched in 2010, made a name for itself building a loyal community of “mi fen”, Xiaomi fans who bought products for the specifications, such as more advanced processors, at a cheaper price. While it ranks third in overall sales in China, it only holds five per cent of the global premium market, in which phones are priced at more than $400.

“It will be difficult to defeat Samsung and Apple,” said a former executive. “It does not play to Xiaomi’s strengths, it doesn’t have the brand power Apple and Samsung have, and they are not good at selling to people who don’t care about specs.”

The company’s phones have evolved. Xiaomi’s 12 series phones, released in March and costing $749 for the most basic version, are designed to compete with Apple’s $799 iPhone 13.

As part of the launch, Xiaomi has pledged to open 20,000 more stores on top of the 10,000 they already have in China, and has changed the branding on its 12 series so they are no longer known by the “Mi” prefix that was the calling card of their previous hardware.

But former company executives said the phones needed more than a name change. Xiaomi’s previous attempts to break free of its budget image have ended in disappointment.

“Very few” have been able to create Chinese “brand power”, said the former executive. “Brand equity is a mature industry in developed countries.”

To capture the premium end of the smartphone market, Xiaomi has pledged to invest Rmb100bn ($15.7bn) in research and development over the next five years.

Another core pillar of the strategy is to replicate Xiaomi’s India playbook, where a mass uptake in users allowed the company to deepen its internet services ecosystem, which makes up a growing part of its revenues.

The internet services segment, which includes advertising on mobile games and videos, fintech and ecommerce, accounted for 8.6 per cent of sales last year, much of it fuelled by growth in overseas markets.

“After they became number-one in India, the company felt it had a strong play book it could duplicate in other countries,” said another former senior executive.

“It was not very profit-centric, it was about getting as many users and then selling as many internet services to them as possible.”

Xiaomi remains limited by not having an independent operating system. While the company built its own android-based system, called MIUI, the company’s phones still rely on Google’s Android ecosystem outside China.

“We use all sorts of ways to block traffic to Google and redirect it to us. But this is not the ultimate solution . . . installing Google’s apps restricts traffic to our internal apps, and hits our revenue,” one employee said.

But Lei has a window of opportunity to expand with his main competitor, Huawei, hit by expansive US sanctions. In China, Lei has also been shielded by regulators cutting the country’s tech demigods, such as Alibaba’s Jack Ma, down to size. 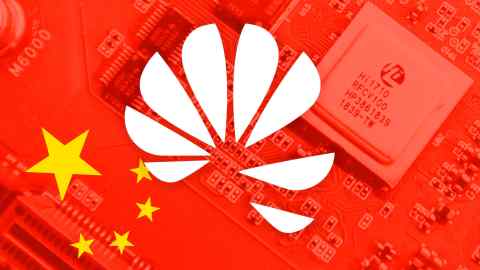 “Being able to create brand power for Chinese brands is hard, very few have done it,” the former executive said. “[But Lei] is extremely charismatic, he has a firm conviction in what he thinks is right . . . I wouldn’t be surprised if they managed to pull this off.”

Lei’s battle is just beginning. When asked by Xiaomi what they wanted in the new car, consumers had an overwhelming preference: affordability.