What are Xenoblade Chronicles 3 Ouroboros? Well, the latest entry in the JRPG franchise is looking to finish off the story of the two previous titles, and seems to take inspiration from Xenoblade Chronicles X and the Skell mechanic. It brings together different races, weapons, and features from every entry and mashes them together – it’s all pretty exciting for longtime fans. We talk about it a bit in our Xenoblade Chronicles 3 preview, but for a more detailed analysis keep reading.

The main thing you need to know about Xenoblade Chronicles 3 Ouroboros is that it’s the combination of two characters, who join together to create a large new form that resembles a robot, piloted by both of the characters at once. It’s a little bit Neon Genesis Evangelion in design, a bit like Pacific Rim in function, and is completely badass.

We’re going to do our best to explain the new mechanic here, as well as what blades mean in this context. Plus, it’s always good to get a refresher course on the game’s active battle system, which plays out in real-time, unlike a lot of JRPG games. You’ll need quick reactions and your wits about you, as the Xenoblade games are notoriously tough. Are you up for the challenge?

What is the Xenoblade Chronicles 3 battle system?

Like previous games, Xenoblade Chronicles 3 utilises an active battle system, meaning all of the moves from your party and enemies happen in real-time. There’s no waiting to take your turn. You have to just go for it.

Depending on which character you control, a selection of four different moves is visible in the game UI, mapped to the button on the right side of the controller, A, B, X, and Y. These attacks often have situational bonuses, like back attack. In essence, this means the attack does more damage when you strike a monster from behind, instead of from the front. This means you have to be aware of where you are in relation to enemies, as well as which attacks to use.

In previous entries, there’s a chain system that involves break, topple, and launch. A successful break attack cuts through the enemy’s defence. Once this happens a small window is open, and it’s possible to topple an enemy.

If you pull off these two moves consecutively, the opportunity to launch an enemy into the air is available, providing you successfully perform a launch attack. This has the chance to do massive damage, and successfully chaining these types of moves is essential. You can check out the footage Monolith Soft released below to see the battle mechanics in action.

What are the Xenoblade Chronicles 3 weapon types?

Each character in Xenoblade Chronicles 3 holds specific weapon types, and these provide advantages to heal, attack, and defence, as well as other changes. The game refers to these as blades, and they’re an extension of the user that they can summon.

We don’t know yet whether these have battle advantages over other weapon types like in titles such as Fire Emblem, but we do know that as the game progresses, characters are able to equip weapons from different classes. So you can adjust your battle style to suit you. The weapon types announced so far are swords, guns, shields, hammers, dual discs, and origami.

What is the Xenoblade Chronicles 3 Ouroboros

When in battle, two characters from Xenoblade Chronicles 3 can fuse together in a system called Interlinking. Noah and Mio can combine together, as can other members of the core party, Lanz & Sena, or Eunie & Taion. Fusing to create an Ouroboros makes them considerably more powerful, and grants them special abilities. You must be mindful though, as using this ability too much can cause the Ouroboros to overheat.

Noah and Mio have fused together! The giant form they combine to create is called Ouroboros. Lanz & Sena or Eunie & Taion can also pair up and transform into Ouroboros. #XenobladeChronicles3 pic.twitter.com/2JR5tN8Of8 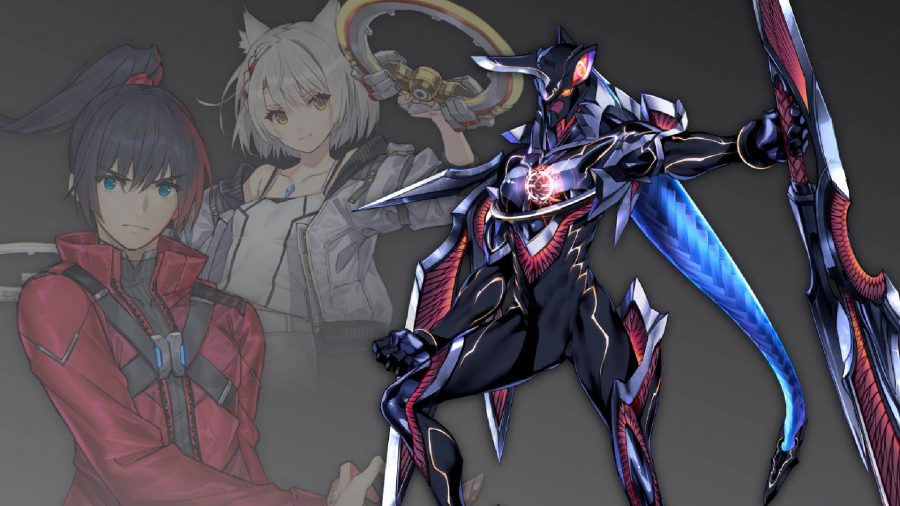 When Noah and Mio combine, they wield a huge sword during battle. 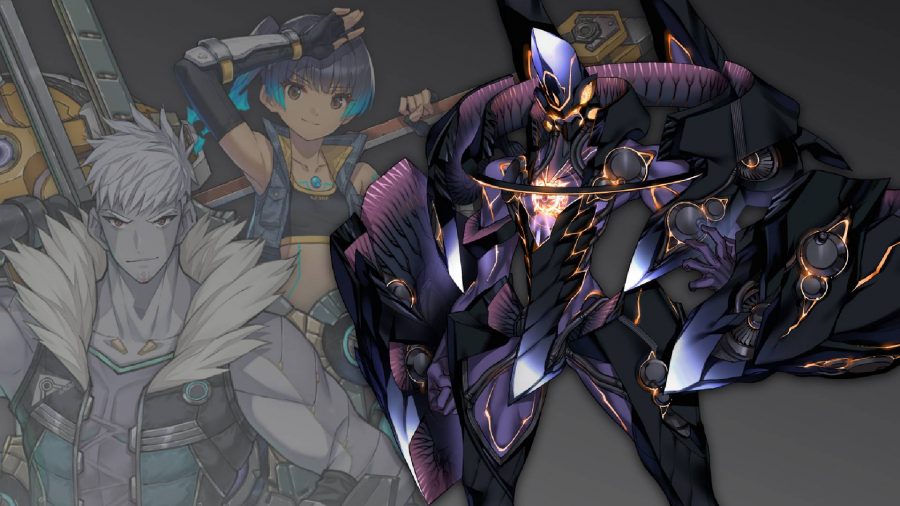 Lanz and Sena combine to make a huge Ouroboros. This combination is great for protecting teammates from powerful attacks. 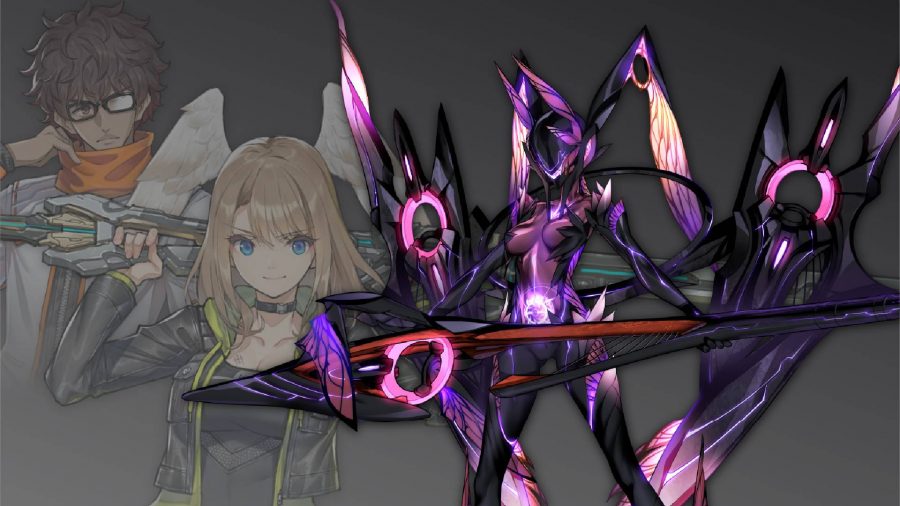 The combination of Eunie and Taion makes this striking Ouroboros. Like this, they even have the ability to revive fallen allies.