Xenoblade Chronicles is fighting for the place of the best RPG series on the Nintendo Switch. Every mainline entry is on the console, in the best version possible, with heaps of DLC and hundreds of hours of playtime available. It’s in the best position possible to gain a larger audience and break out of the semi-niche space it’s currently in.

And Xenoblade Chronicles 3 is shaping up to be Monolith Soft and Nintendo’s best attempt yet at closing out that fight. While I’ve only seen a smidgen of the world of Aionios so far (around ten hours), it looks like a game that‘s attempting to cater to a wider audience without forgetting what makes the series so special.

The sheer amount of stuff to talk about with XC3 is quite unbelievable, even though I’ve only dipped my toe into all that it has to offer. There’s a deep, knotty combat system that continues to reveal its secrets, a grand, dramatic story told in a gorgeously cinematic way, and a huge world full of creatures and secrets that feels as though it could be endless. That toe I dipped in is definitely my big toe, to say the least.

The world of Aionios is one full of endless conflict between the two warring nations of Agnus and Keves. Their soldiers live to fight and fight to live, with every kill filing up their colony’s flame clock, which basically fuels their existence. But they don’t live for that long, with each soldier only having ten years – each year known as a term – hoping to make it through all ten to their homecoming (where they meet their leader to be sent off in some kind of death ceremony). 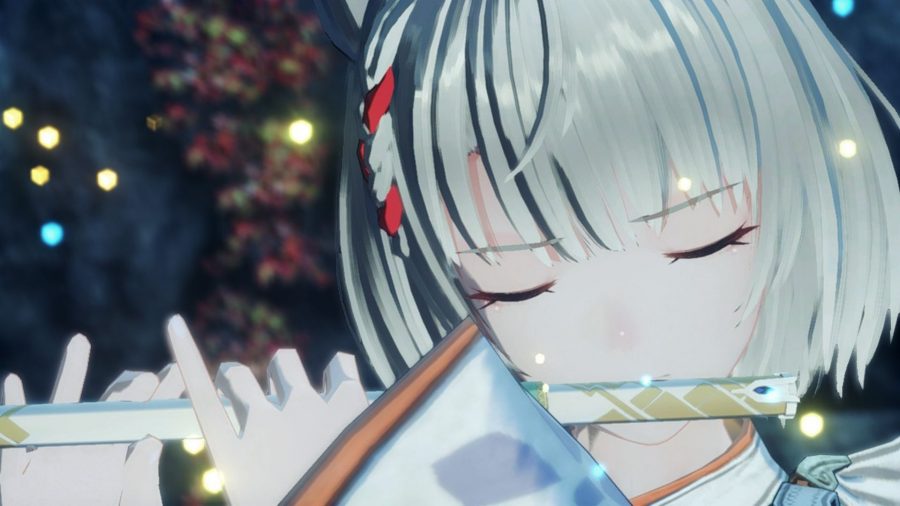 Most don’t make it through all ten, however, dying in one of the many battles every soldier sees. Those husks left on the battlefield need an off-seer to be sent off, though it isn’t clear what the off-seer actually does. They pull out their flute and play a heartwrenching tune, then tiny blue orbs float away from their body into the sky.

The main character of Xenoblade Chronicles 3, Noah, is an off-seer from Keves. Over the course of various cutscenes, you get to a point where Noah and his colony-mates Eunie and Lanz clash with three soldiers from Agnus – Mio, Taion, and Sena. Events unfold, they team up, then get freed from this endless cycle of violence that everybody else is stuck in.

So, that’s the basic gist. After teaming up, the crew finds that most of the world is their enemy, so they focus on working out what’s going on by heading to a place called Sword March (where a giant blade is stood aloft, as seen on the box art). There’s not really much value in over-explaining everything beyond that, mainly because there’s so much I haven’t seen. Rather, my main takeaway from the early section of the story is the presentation. 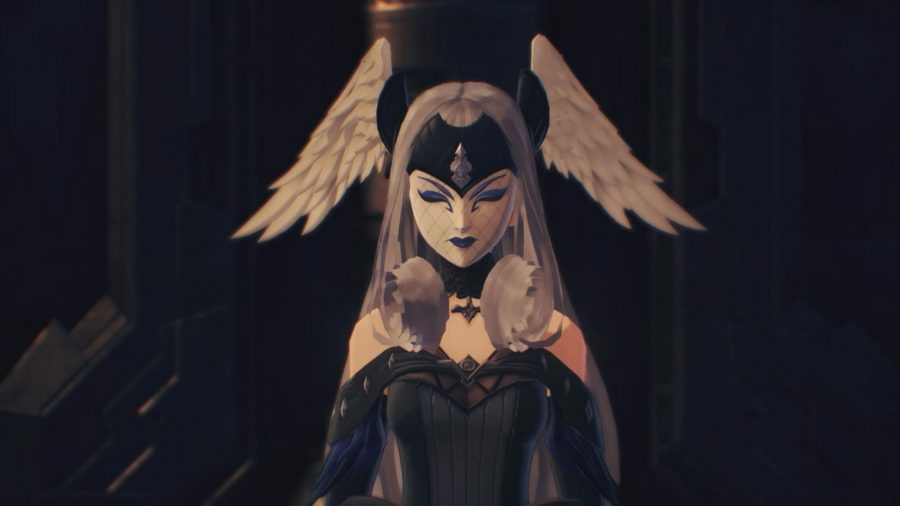 Xenoblade has always had a cinematic flair, but it’s really at its peak here, at least in the early cutscenes. There’s a clear choice in every camera angle, with close-ups, wide, sweeping shots, and generally a feeling of prestige in the presentation. This is boosted by the wonderful voice acting, which is still classic ‘bottle of wotah’ British, but not as grating as it was in Xenoblade Chronicles 2. The first boss you meet literally walks in and goes “oi oi!” It’s excellent.

One thing to note is that this is still Xenoblade. These cutscenes are lengthy, full of tangents, fight scenes, and flashbacks. They’re constructed excellently, but if the thirteen hours’ worth of cutscenes in XC2 is anything to go by, they aren’t going to be concise. If you have a deep-set problem with their length in the last game, that’s not going to change.

But if you only find them slightly overlong, I heartily recommend giving it another go with Xenoblade 3. There’s a level of polish and care in every scene so far that goes beyond what the series has done before, alongside the series’ classic heartfelt philosophising and cartoony comedy that quickly endears itself. It really makes a difference in the way you experience everything. 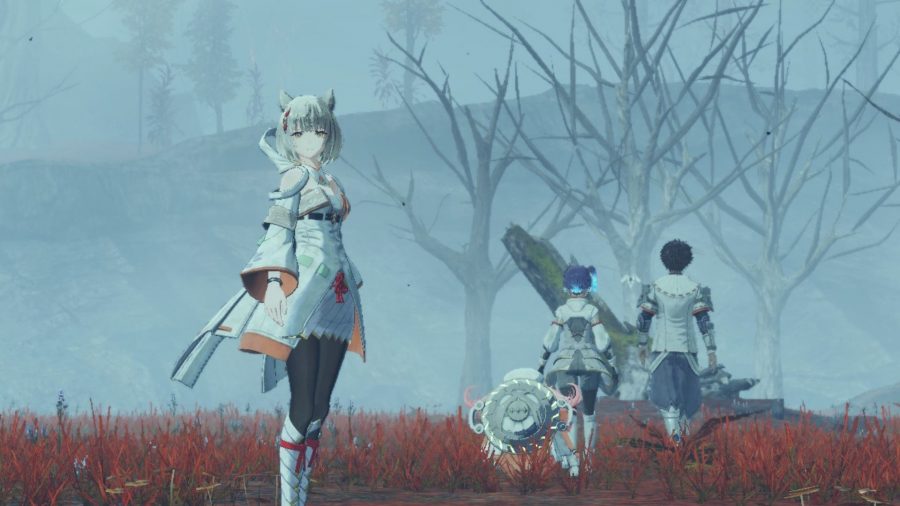 So, while there’s not too much to say story-wise until I get a look at the bigger picture, there are a lot of aspects to get your head around in terms of gameplay. There’s the combat system, which is typically deep, the exploration, which is typically massive, and the RPG mechanics, like classes, gems, interlinking, and everything else. There are just a whole lot of terms that don’t make immediate sense.

However, the game tries its best to onboard you, introducing combat bit by bit. It has the same issue of tutorials popping up even after many hours of playing, but also does a better job of letting you play with all these elements, and lets you learn by experimentation. It seems Monolith Soft heard complaints about XC2, but only adjusted XC3 slightly rather than overhauling everything.

Combat has many different elements: arts, master arts, fusion arts, interlinking, chain attacks, combos, and probably a dozen other things I’m yet to see. When everything starts to come together, however, it stops being such a cacophony of random terms and starts feeling harmonious. When you can combine all these elements into a slick attack, there’s a hugely rewarding feeling. 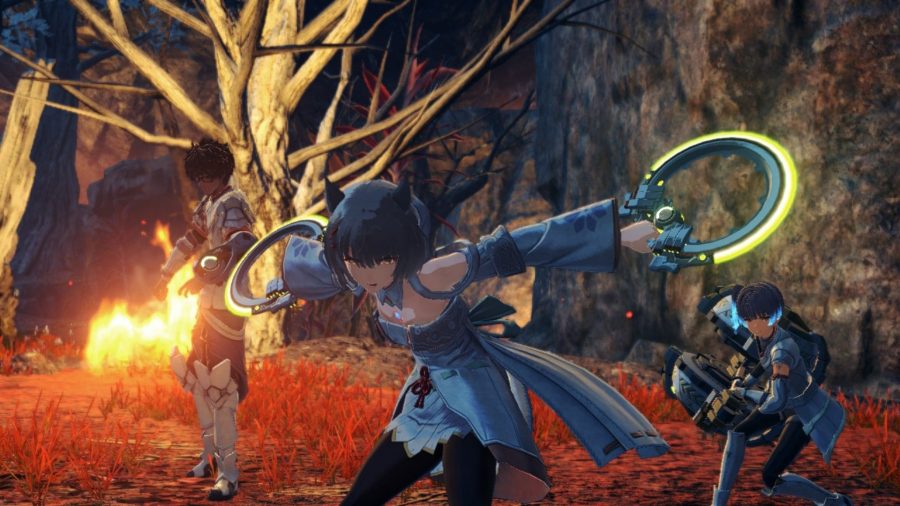 There’s not much else quite like Xenoblade combat, which can make it really difficult to get used to for newcomers. The way you get introduced to battles in XC3 is slow, with your first fight just involving auto-attacks and arts. You stand there, auto-attacking (which involves nothing other than being close enough to the enemy) until your arts are charged and can use them for a more powerful attack. It’s slow, but definitely worth the time, as learning every element properly can let the truly special combat system shine.

Most of the elements will feel familiar to anyone who’s played the previous games, but interlinking is brand new. This combines two party members into one big Power Ranger-type thing with more powerful attacks than standard. This is the only element I’m not completely sure of yet, as it feels like it breaks the flow of combat. Still, I’ve also only had a few hours with it, so who knows how it evolves. I’ll cover it in detail in my full review, but for now, it feels like it’s tacked onto the side of the combat system.

Another new element is classes, which is where Xenoblade Chronicles 3 gets me really excited. Each character can learn a class, upgrade their class rank, and basically completely change their role in battle. Each class has one of three roles – attacker, defender, and healer – which all have different objectives and nuances. There are six main classes, then additional classes can be learned via heroes. 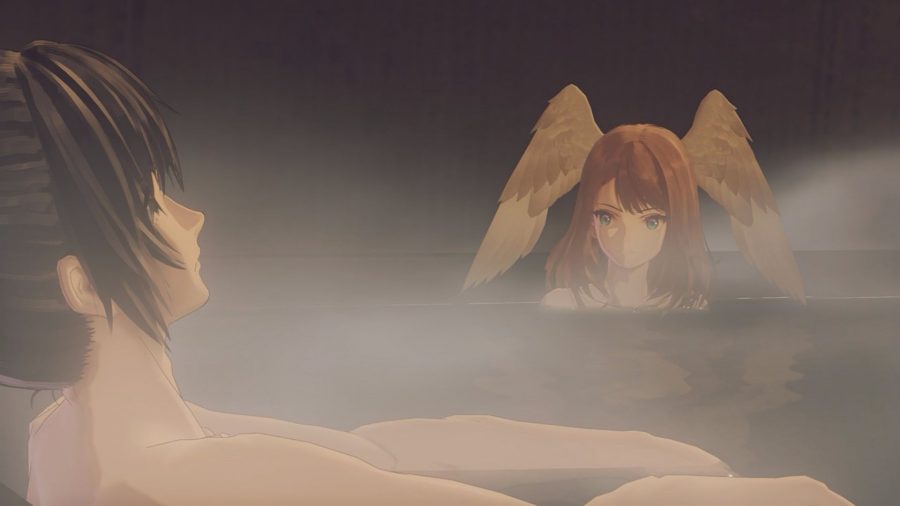 Heroes are characters you meet along your journey who you can add to your team as a seventh party member. They have unique classes that characters can learn, so it looks like there’s going to be a lot of flexibility in the make-up of your party. I haven’t had the chance to see it to its fullest extent, of course, but I can imagine that there are a wild number of different combinations for how to approach certain encounters.

Now, there’s the thing that gets most people interested in Xenoblade when they first see it: the world. Exploring Aionios is as much of a treat as it looks in the trailers. It’s massive and gorgeous, with huge swathes of land covered in various creatures, some of which can be the size of mountains. This is Xenoblade’s classic party piece, and XC3 has come to impress (the framerate looks good for now, too).

But it’s not just retreading old ground. Rather, exploration feels a little more dynamic than in previous entries, with party members referencing certain things, like an unbridgeable crevice with some goodies on the other side. They can even run over to things that you might not have spotted and shout “hey, look over here” to draw your attention to them. They feel less like animations running next to you and more like real people. 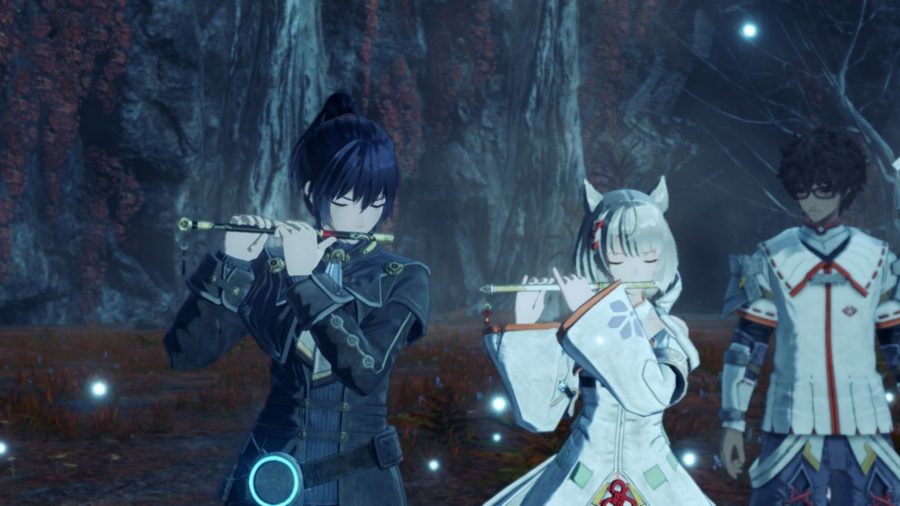 There are also some really handy quality-of-life improvements for the exploration, like floating markers, a navigation system showing you the quickest route to your destination, and a much clearer map and quest interface. As I mentioned above, it really feels like Monolith Soft heard every complaint about XC2 and fixed it. It’s still a Xenoblade game, but it feels especially slick.

This slickness is all over everything, from the menus to the music. The menu is so much smoother than any of the other Xenoblade games that it’s quite a surprise. I know it’s not much to ask for a user interface to be good, but Xenoblade has often struggled with obtuse menus, so it’s really nice to report that everything here is really straightforward.

Then there’s the music, another of Xenoblade’s most well-known aspects. The music here is gorgeous, which I’m sure is a surprise to no one. There are huge symphonies and driving battle themes, all suiting the sheer scale of everything in the game. One of the more interesting elements is the synths occasionally warbling underneath like something out of Tron. It’s like they’ve added some Xenoblade Chronicles X vibes into the mix, though I’m yet to hear any singing. 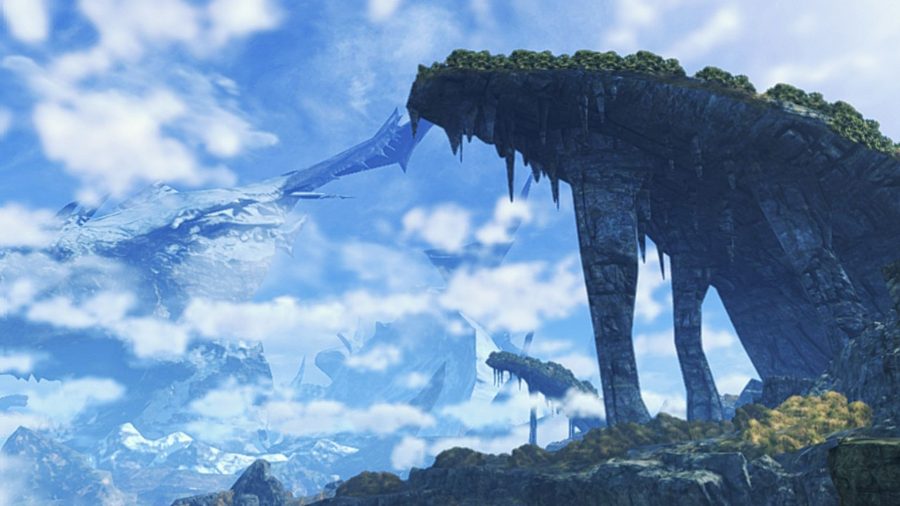 So, while I’ve only seen a tiny bit of the game, I’m not going to turn around and tell you to wait and see how it shapes up once we’ve seen more of it. It’s probably going to be perfect for any fan of the series. It feels like a combination of all the previous games with fewer annoying aspects, which sounds pretty perfect, right? But the real question is, can Xenoblade Chronicles 3 capture the hearts of a new audience? Or can it persuade people who aren’t fans of previous entries?

That’s harder to say, but it looks like it’s trying its hardest to do just that. There are clear efforts made to make the experience smoother, by cleaning up the interface and making the many oblique systems in the previous game clearer. It’s still going to be a knotty and dense endeavour (as it should be, that’s why these games are fun), but it feels like this will be its best chance yet at convincing you to learn to love it.

Beyond the idea of new players getting into it, what does Xenoblade Chronicles 3 feel like, fundamentally? Well, if I were to attempt to palpate some genuine answer from my dipped toe, I’d say that Xenoblade Chronicles 3 is shaping up to be the best RPG on the Nintendo Switch. I can feel something special in its early hours, but of course, I can’t be certain. All I can say for now is that I’m really feeling it.