Wednesday’s opening Euro 2022 match between England and Austria at Old Trafford marked a watershed moment for the women’s game.

Seeing a predominantly young, female crowd of almost 69,000 packed into Old Trafford, home of Manchester United, quite literally highlighted the giant strides the women’s game has made in England in recent years.

But there was also something else quite noticeable to a lot of people in England, and beyond – especially once it had been shared across social media.

Three substitutes came on during the 1-0 win against Austria. They were also white, leaving many ethnically diverse women and girls wondering where they quite fit in during a tournament aiming to inspire a generation.

The tournament hasn’t yet revealed any figures based on diversity and Sky Sports News has contacted all of the international federations from the teams that have played games so far to request this information.

But in the opening set of matches ahead of the weekend, there has been a visible lack of ethnic diversity on the field…

How does Euro 2022’s lack of diversity compare?

Research presented by Leon Mann MBE at the ‘D-Word 4’ conference held by the Black Collective of Media in Sport offers some context to England’s numbers. 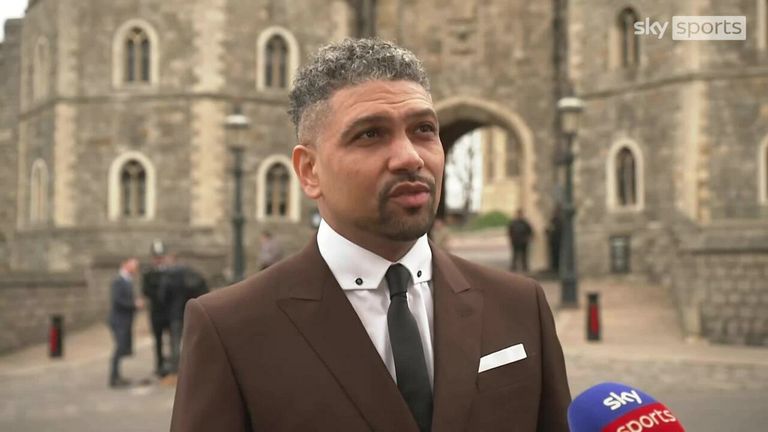 Leon Mann MBE, founder of the Black Collective of Media in Sport, says he hopes his award can help spread the word on diversity and push forward the meaningful work some people are doing

According to the Black Footballers Partnership – co-founded by QPR duo Les Ferdinand and Chris Ramsey, ex- Birmingham and Derby full-back Michael Johnson and former top-flight women’s player Eartha Pond – some 43 per cent of players in the Premier League are black.

But when it comes to the Women’s Super League, the top division of women’s football in England, the Professional Footballers’ Association last week revealed just 29 out of the WSL’s 300 players – 9.7 per cent – are from a diverse ethnic background. 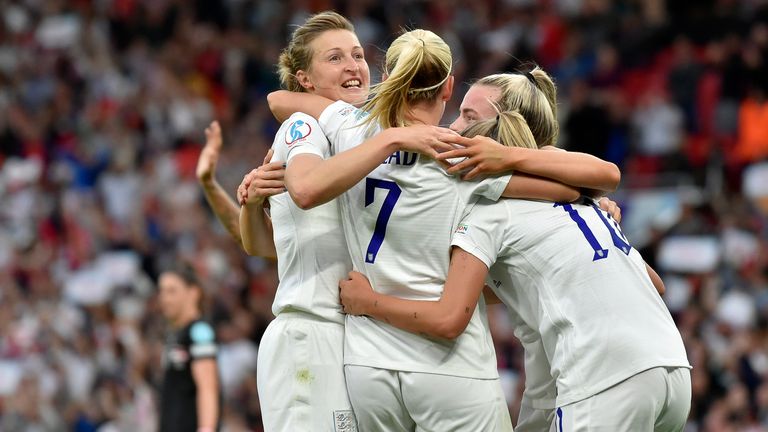 Following England’s 1-0 victory over Austria in the Euro 2022 opener, Ellen White says the Lionesses want to make everyone proud of this England team

In Phil Neville’s England squad at the last Women’s World Cup, there were just two ethnically diverse players in the squad – Nikita Parris and Demi Stokes. The same two players are in Wiegman’s squad and remained unused substitutes in England’s win against Austria.

These numbers provide a sharp reminder of the chronic under-representation issue at the elite end of the girls’ and women’s game.

FA director of women’s football Baroness Sue Campbell thinks meaningful change for diverse communities at the elite end of the women’s game could take years, admitting the current system of Talent ID and recruitment excludes a lot of people

The Premier League has given the Football Association £5.25m over three years to fund a new network of Emerging Talent Centres (ETCs), which the FA says will provide high-quality coaching to 4,200 girls aged eight-to-16 by the end of the 2023/24 season, up from 1.722, currently.

The Football Association launched the Discover My Talent referral scheme for female players in their early teens almost a year ago. Speaking to Sky Sports News about Discover My Talent a few days before the start of the tournament, Baroness Sue Campbell, the FA’s director of women’s football, said if they are able to make the scheme inclusive then the process to accelerate players coming through who are from diverse ethnic backgrounds may take “a few years”.

Expanding on her desire to see real change in terms of ethnic diversity at elite level, Baroness Campbell added: “We want it to be representative of the society we live in, and therefore, yes, we want it to feel and look different.

“And that adage has been used a million times. If you can’t see it, you can’t be it. We realise that.

Sky Sports recognised and began taking steps to address the lack of diversity in the women’s game back in 2020 as part of its £30m commitment to tackle systemic racism and make a difference in communities across the UK.

Sky Sports worked with dozens of current and former players from diverse ethnic backgrounds, and have tried to give them a platform to share their stories to try and capture the imagination and inspire the next generation of female footballers.

Talent has been identified and signposted directly to the Football Association and clubs as part of Sky Sports’ unprecedented commitment to British South Asians in Football, which has also seen us devote a section of our website to raising awareness about South Asians in The Game, and create a dedicated rolling blog.

A number of elite and elite-potential female players and their families have also been supported with mentoring and access to off-field developmental opportunities.

Earlier this year, Sky Sports also partnered with the country’s largest sports race equality charity, Sporting Equals, which has seen us support participation across the country, including devising the ‘Seeing Is Believing’ event for century-old west London sports club Gymkhana.