With Apple having just revealed 15 games set to leave the service soon, I’ve been thinking about the various possibilities for the games, and also the future of Apple Arcade. There are quite a few options that the developers have, but without knowing the exact contracts Apple had with them, it is hard to predict how each game will be handled in the future. I’m going to speculate about the possible outcomes for an Apple Arcade game leaving the service, and also discuss the biggest concern I have: game save data.

Assuming a game is no longer going to be on mobile once it leaves Apple Arcade, there are other options like launching on subscription services like Xbox Game Pass or Netflix Gaming. The former has been very popular on console and PC with Netflix Gaming building up a nice library with many games I’m looking forward to soon. As of now, Apple Arcade Originals haven’t been in other game subscription services, but leaving Apple Arcade should open the doors to games hitting the likes of Netflix, Xbox Game Pass, or even PlayStation Plus to ensure the developer can make enough to keep a game updated for modern iOS releases or even bring more content to it. If a game is no longer going to be on mobile following its removal from Apple Arcade, I hope there’s a way to bring over save data to PC at least if it is a multiplatform game since console might be difficult.

If a game is staying on mobile after leaving Apple Arcade, does it go premium as a standalone app or become free to play? There are many Apple Arcade Originals that are almost certainly games that were going to be free to play, that got changed to be Apple Arcade Original games. In this case, what happens to player save data and will game balance remain the same? Many games have been tweaked in Apple Arcade over the years to bring in more engagement through weekly or timed events versus being one and done games. This might really change some games in unfortunate ways or just result in a game shutting down. 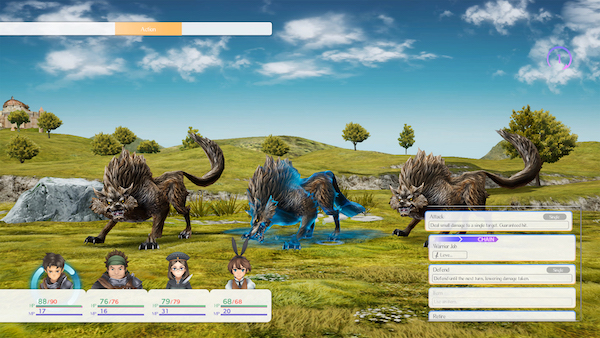 So far, none of the Apple Arcade Originals have launched on Android. With a game leaving the service, it might allow it to hit Google Play, which would be good for those who’ve been waiting to play them on non Apple mobile platforms. I don’t really see this happening with many games, but it is a possibility. Going from Apple Arcade to Google Play Pass would be funny. The worst case scenario is a game just vanishing completely from mobile once it leaves Apple Arcade. Games like Various Daylife from Square Enix are yet to see console or PC versions. If the publisher doesn’t deem it worthy to port, said game will not be playable on any platform once it leaves Apple Arcade if there isn’t a standalone mobile version.

When a game leaves Xbox Game Pass, nothing happens to your save data because it works the same in the non Xbox Game Pass version. With Apple Arcade, the arcade ‘+’ versions of old games or the Apple Arcade Originals that are on other platforms, don’t really have a definite way of getting your save data to another version. If a developer implements that, it is great, but this is something that shouldn’t be a concern for a paid subscription service.

A lot of this uncertainty has made me hesitant to invest too much time into Apple Arcade releases unless it is something that is updated often, in which case you know the developers and Apple are working together to keep people playing like with Grindstone, Spire Blast, SP!NG, or Sneaky Sasquatch. Apple’s decisions with 32-bit apps and older apps and games in general have shown that the company does not care about preservation.

While the situation on Apple Arcade isn’t that bad yet, the lack of compelling additions compared to other gaming subscription services and games now leaving the service isn’t painting a great picture for its future, at least to those who enjoy premium standalone experiences on mobile. It is also important to note that every game’s deal on the service is likely different, and what happens with one game, will not affect the future of another depending on the contract in place. For now, if leaving Apple Arcade means leaving iOS, I hope more games get ported to PC and console platforms rather than be lost forever.

I’m not going to cancel my subscription anytime soon, given how I love many of the games added over the years, and play some of them regularly, but Apple needs to improve its communication. Relying on just the App Store and a few social media posts to announce games isn’t going to help get more people interested in the service. Console manufacturers do a much better job at interacting with the audience and with promoting games during events like Nintendo’s Directs, Sony’s State of Play Showcases, and the various Xbox game showcases over the year. Do you still subscribe to Apple Arcade and enjoy the new additions? I’d love to know what you think will happen to games once they leave the service and which ones you’d be sad to go.