Watford marked their return to the Championship and Rob Edwards’ first competitive match in charge with a 1-0 win over Sheffield United on Monday night.

The only goal of an engaging encounter on a humid night at Vicarage Road came after 56 minutes, when Joao Pedro swept in at the end of a slick counter-attack.

Teenage forward Daniel Jebbison had the Blades’ best chance when he forced Daniel Bachmann to push a shot over the bar just before the break, but once the visitors fell behind, they never really looked capable of a response.

How Watford picked up three points under the lights

Every team goes into the opening match of a season with the intention of starting with a win, but for these two teams there was even more impetus given the way in which their respective campaigns had concluded.

Watford’s return to the top flight was punctuated by two new managerial appointments and ended in relegation, while the Blades’ impressive revival under Paul Heckingbottom was brought to an end by Nottingham Forest in the play-off semi-finals. 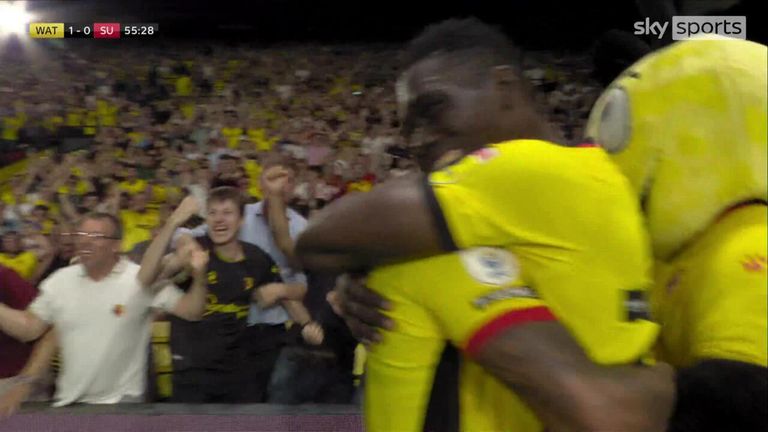 The packed away end fell silent after five minutes when Ismaila Sarr rippled the side-netting after being released by Emmanuel Dennis and the hosts continued to create openings after that, though Dennis looked to the skies in frustration on numerous occasions, unable to shake the rustiness of pre-season.

Joao Pedro then forced a low save out of Wes Foderingham with a flicked header, but the best chance of the half fell to Sheffield United on the stroke of half-time as Jebbison’s nonchalant first-time shot after a breakneck counter was tipped over by Bachmann.

The decisive moment came 10 minutes after the restart – and it went in Watford’s favour. The ball was worked down the right after a rapid counter, with Ismaila Sarr collecting a pass from Dennis and laying it on a plate for Joao Pedro to sweep home.

Heckingbottom introduced Billy Sharp late on to try and force a point, while his opposite number handed a debut for ex-Barcelona man Rey Manaj, but with defences on top in the closing stages, the game was settled by the solitary goal.

Man of the match – Joao Pedro 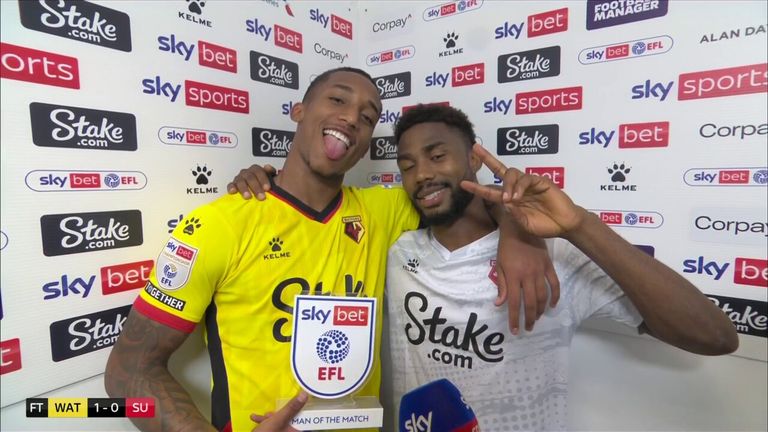 Watford’s Emmanuel Dennis believes his side was brilliant against Sheffield United.

“I think Joao Pedro was excellent from start to finish tonight. He topped the charts for most successful passes in the final third, scored the goal and his movement and energy were impressive. He’ll be a big player for Watford this season, I feel.”

What the managers said… 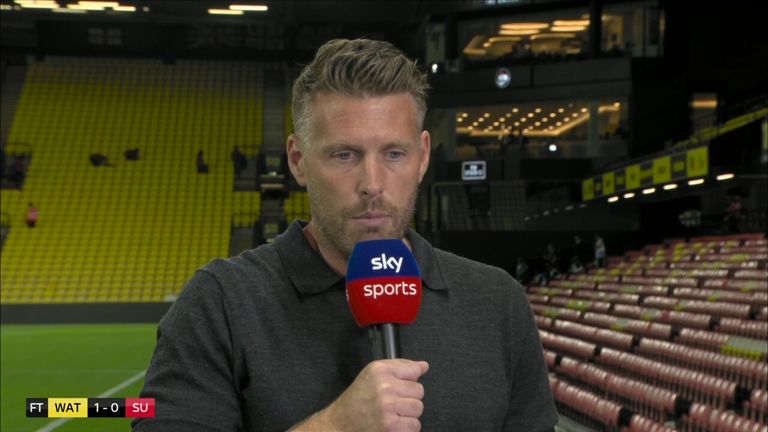 Watford’s Rob Edwards: “It feels great. Emotions are high and I’m just really pleased with the players. I wanted to see intensity tonight, I wanted to see a commitment and togetherness. That’s what we asked for and I think we saw that as well.

“If I’m being critical, when we had the momentum in the second half, I thought maybe we could be a bit more ruthless and get that second goal, but we didn’t. But I think we showed a lot of resilience to see the game out then. Overall, I’m very, very pleased.” 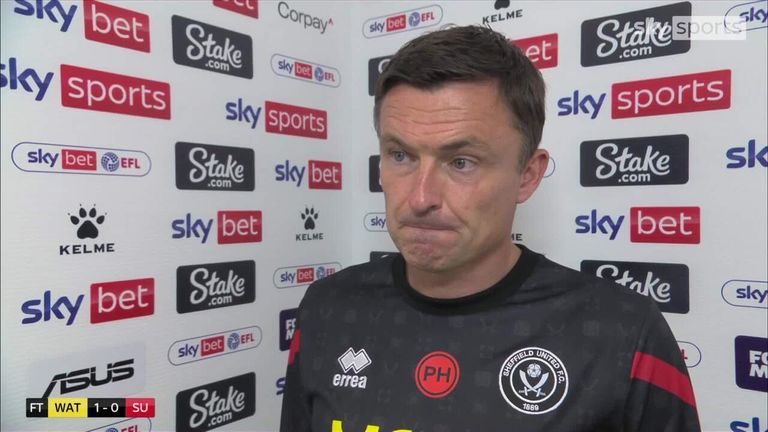 Sheffield United manager Paul Heckingbottom says he is really disappointed with the goal for a couple of reasons.

Sheffield United’s Paul Heckingbottom: “The boys stuck at it manfully, but a big part of our game is outside centre-backs and we’ve got three missing. The players on the pitch adapted well. There was nothing in the game first half. We knew their threats would come on the counter, which they did, whereas we wanted to control the game with the ball, which we did in spells.

“Probably the only criticism is that we were a little bit shot-shy and reluctant to put the ball in the box and all of our subs were attacking players. We lost shape and balance, if you like, putting all the attacking players on the pitch. It has been a difficult couple of days, but we would never let that be an excuse – we came here to win.”

Sheffield United host Millwall at Bramall Lane at 3pm on Saturday August 6, while Watford travel to The Hawthorns to take on West Brom at 8pm on Monday August 8.