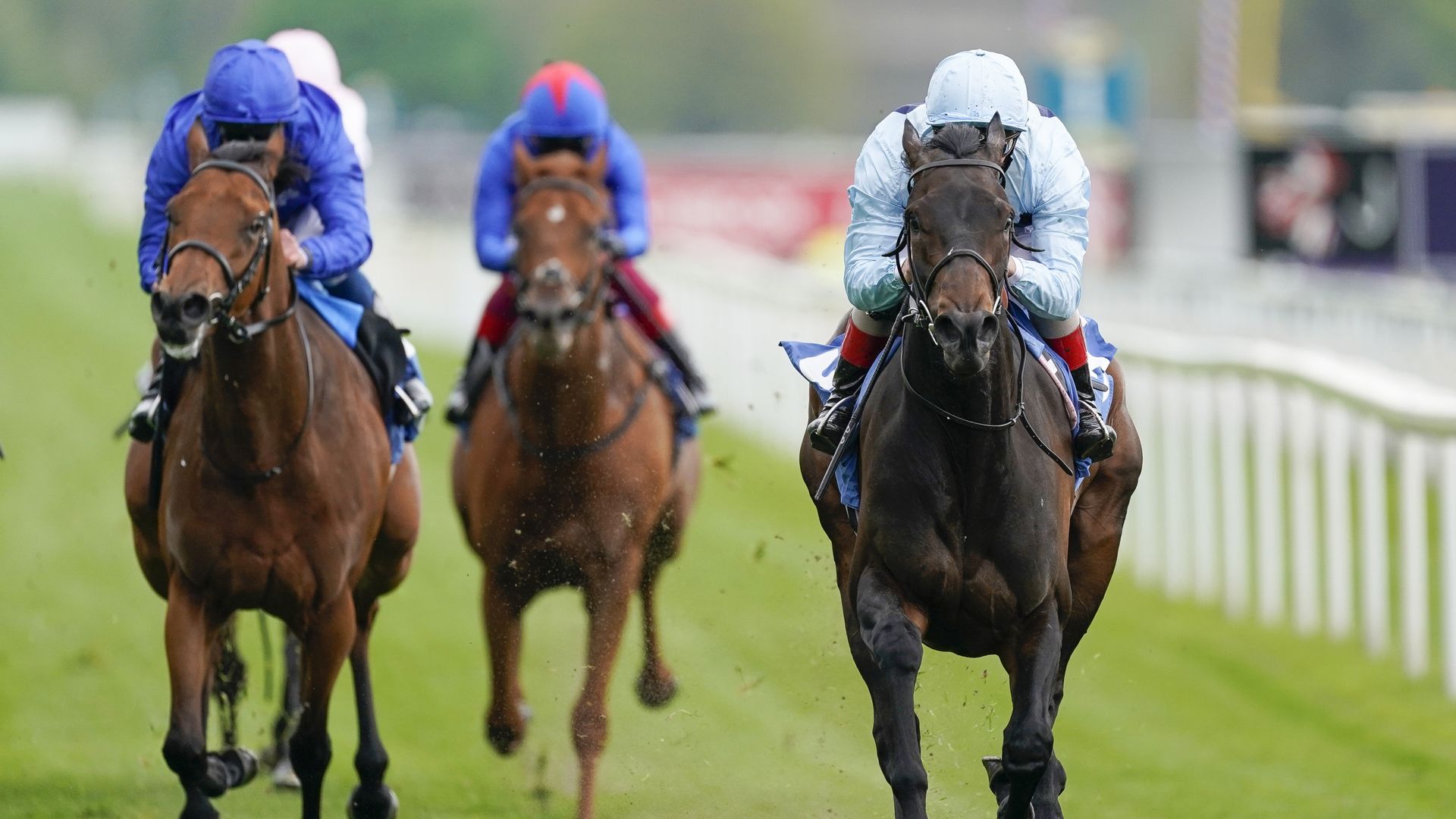 Ed Walker thinks Primo Bacio can put it up to hot favourite Inspiral in the Tattersalls Falmouth Stakes, the feature race on Friday’s Newmarket card.

Inspiral, unbeaten in all five starts, is a dual Group One winner and bids to make it a hat-trick of top-class victories against four rivals over the July Course mile.

Though Primo Bacio has won just two of her 12 starts, she was beaten three and three-quarter lengths by Saffron Beach in the Group Two Duke of Cambridge at Royal Ascot last time. Her trainer feels Rob Hornby’s mount is entitled to improve for that effort, not having been fully wound up.

“You are never afraid of one horse and I’d happily take on any of the others on any day of the week,” said Walker.

“Inspiral looks fabulous, but if she doesn’t turn up, then it looks wide open. Primo Bacio will be better than she was at Ascot. She is in cracking form.

“Her last run, when third to Saffron Beach, was really good form and she didn’t have a good prep into that race, so we are very hopeful that she will be better again, and probably on a more suitable track for her.

“Whether or not that will be anywhere good enough to get near Inspiral, who knows? But we are well and she is filly who I think is really getting back on track. We are really very excited.”

Inspiral will be a warm order to maintain her unbeaten record, with Frankie Dettori renewing the partnership aboard the John and Thady Gosden-trained daughter of Frankel.

While she missed the 1000 Guineas, the Cheveley Park Stud-owned filly produced a brilliant turn of foot on her belated seasonal debut in the Coronation Stakes at Ascot to win by four and three-quarter lengths from Spendarella.

Thady Gosden is hopeful that the pace of the race will be sufficient to see Inspiral maintain her progress.

“Obviously, it is a small field with only five runners,” said Gosden. “A small-runner race like that can be a bit trappy, but she has come out of Ascot well and it was a very pleasing start for her first run of the year.

“She has a great attitude and obviously has plenty of talent, but a Group One is a Group One and they are always competitive races.

“You have the the Guineas second in there (Prosperous Voyage), who had solid form as a two-year-old and things didn’t go right for her last time.

“While we may have beaten her before, she is a very good filly and there are other quality runners in the field.”

Prosperous Voyage has had the misfortune to come up against Inspiral on three of her last four runs and was beaten nine lengths at Ascot, having played second fiddle to her in the May Hill at Doncaster and the Fillies’ Mile at Newmarket as a juvenile.

Her trainer, Ralph Beckett, knows the task facing her and said: “There’s a decent chance of winning some good prize money – that’s the idea.

“It is difficult. The owners were keen to run here rather than in the Henry Cecil, so that’s why we are running here.

“She is in good shape, she will run well and we will see how we get on. Running against Inspiral again is not an issue for me, though.”

Sibila Spain travels from France for the second time in a month, with trainer Christopher Head praying there is no repeat of the stalls antics which saw her withdrawn at the start of the Duke of Cambridge when a well-fancied 11-2 chance.

Head’s father, Freddy, won the 2009 Falmouth with Goldikova and Sibila Spain will be the young trainer’s first runner in England.

Head said: “I was excited at Royal Ascot but unfortunately she was scratched at the start. It had never been an issue before, and she has since passed a stalls test at Chantilly.

“Of course she is going to encounter even better fillies here in a Group One, but she has already won a Group Two in France (Saint-Cloud’s Prix Du Muguet) and this is the path we want to stay on now. We will see what she is capable of doing, but she is a filly I really love and she always does her best.”

Completing the field is the Andrew Balding-trained Sandrine, who won the six-furlong Duchess of Cambridge on the July Course the 12 months ago. She finished a close fifth in the 1000 Guineas but was only seventh behind Inspiral in the Coronation Stakes.

“She just got pushed a little bit wide at Ascot on the bend. She ran a decent race in the circumstances,” said Balding.

“Obviously she has a lot to find with Inspiral, but she should be competitive for a place.

“I think she has run well enough on both starts this term to suggest she has trained on and certainly stayed the mile, so that is why we are running here. The track should suit her, all being well.”