It’s over eight years since the first tap of the screen inside Monument Valley, and all this time later, the picturesque puzzler still feels as fresh as the day it landed on the app store. The game world still turns on a dime, the abundant architecture still pierces the screen with astonishing detail, and the deep-seated sense of catharsis remains at the core of the abstract adventure.

Monument Valley is a monument in itself. The decision to release a mobile title almost entirely devoid of microtransactions was the developer equivalent of salmon against the stream in 2014, with the team pushing for something they personally believe in over a more obviously lucrative business model, even in the face of the financial benefits of the predatory free-to-play marketplace.

Despite this, Ustwo Games’ debut title was a monolithic success right out of the gate, selling over two million copies in its first year and winning the 2014 Apple Design Award. It’s only gone on to greater heights since, breaking the 26 million downloads mark thanks to the help of an almost perpetual number one slot on the Apple Arcade charts. But how did it all happen?

It’s hard to chart the success of Monument Valley precisely, and while the landmark moments I’ve already mentioned go a great way to convey the evolution of both the game and the studio, there’s even more than meets the eye in the domain of Princess Ida. So, I tracked down one of the original developers, David Huerta, and interrogated him on the history of his time working on the series. 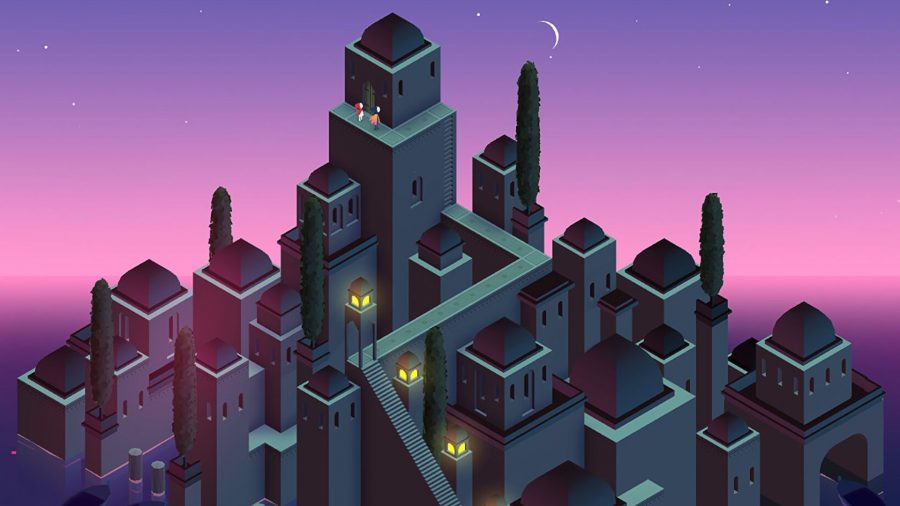 Funnily enough, it turns out Monument Valley started life as a way for the Ustwo team to showcase their UI and UX design work. While Daniel didn’t name the exact company Ustwo Games started as an unofficial subsidiary of, he did state that his team’s primary goal, and all of their talents, were wrapped up in design for mobile software, whether that be a game like Monument Valley, or whatever else the mother company saw fit.

This was completely new information for me and prompted half a dozen on-the-spot questions about how approaching development was influenced by the roles they had at the time of pre-production. Greatly is the answer, with illustration and visual design being fundamental not only to Monument Valley but to Ustwo Games’ overarching ethos.

This emphasis on design was so prevalent in the early days of development that Daniel, as well as the rest of the team, had assumed that their player demographic would be almost entirely those with a penchant for the visual arts, rather than those looking for a pick-up-and-play puzzle title. This feeling didn’t stick around for too long, as you’ll find out later with the developer’s open anticipations heading into the release, but matched with the affordable retail price and lack of microtransactions, it furthers the point that the developer had integrity on its mind rather than dollar signs in its eyes. 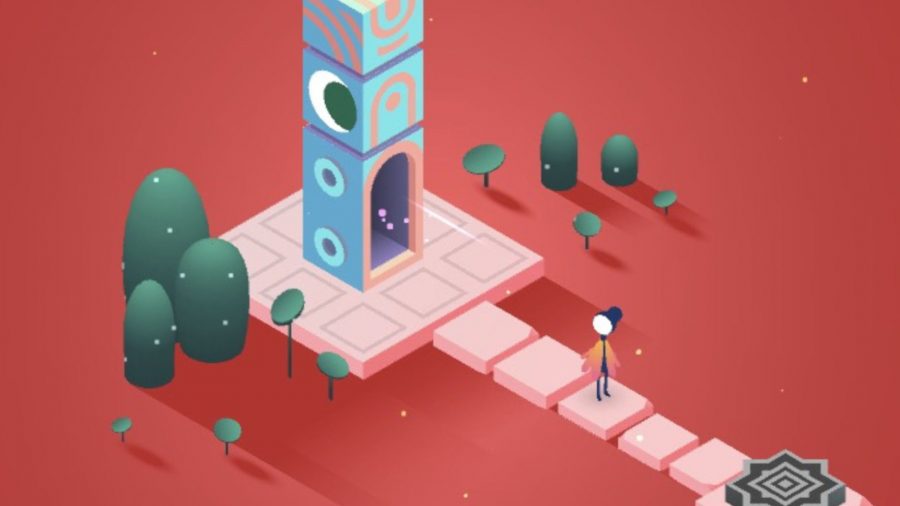 So Monument Valley grew inside the offices of the corporate structure, with the original concept snowballing into the game that arrived in mid-2014. Things are very different now. Despite turning away from the eye-watering financial practices of the larger industry, the money made from Monument Valley, as well as its sequel, has helped Ustwo to become an entity of its own, moving away from the corporate trappings of its previous position.

With so much having changed in such a short time, I asked David whether he was surprised by the runaway success of Monument Valley, and he answered with a very honest no. It’s not at all that the game director needs to eat a humble pie, and it’s questionable whether there would be room in his metaphorical stomach amongst all of Ustwo Games’ accolades, but his reasoning is pretty sound.

Essentially, as the game came close to release, David and the rest of the staff did the most sensible thing you can do: they anticipated everything. There’s a difference between anticipation and hope, sure, but with the work they had put into creating Monument Valley’s lush game world, they were proud of their achievement and saw no reason the debut title out of the future Ustwo Games wouldn’t succeed, and as we know, succeed it did. 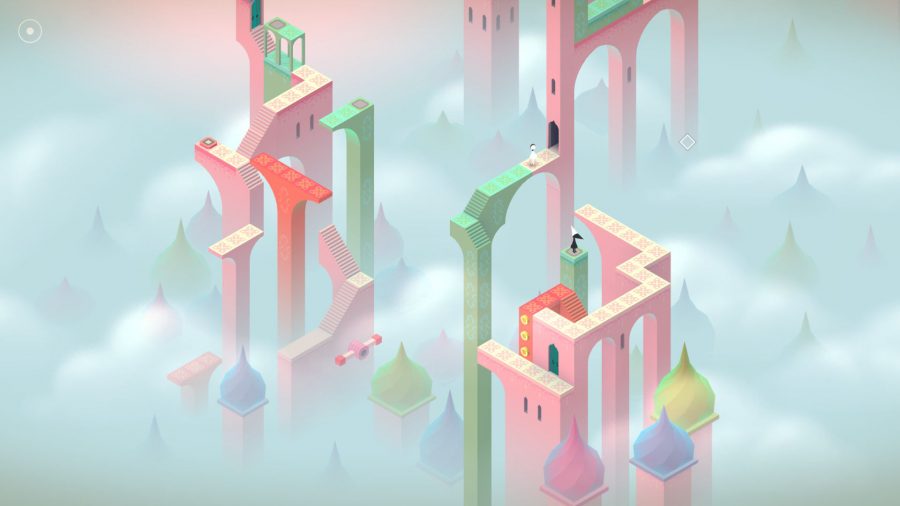 While the story of how Monument Valley came to be is an interesting one, the real crux of this puzzle title is its unique design and celebrated gameplay. The game world combines cultural elements, obscure optical illusions, and layers of quiet philosophical undertones to create a title that feels just as fresh in 2022.

When asked whether he was surprised with how easily the game stood out from the crowd, especially in a packed mobile marketplace, Daniel answered honestly that he wasn’t, but he had his reasons. “Monument Valley has always been a game that stands out, that was true eight years ago when the game first came out, and really the mobile games industry has evolved in a way that hasn’t necessarily created more Monument Valleys, so to speak. Monument Valley was built to stand out, so it’s good that it does.”

Simply put, Monument Valley was always going to stand out. With all of the features Daniel mentioned, as well as the more minimalist approach to inventory than other point-and-click puzzle titles, while building a world that pops with colour and seamlessly turns from level to level, Ustwo Games’ first son still strongly holds its own in an increasingly saturated industry. 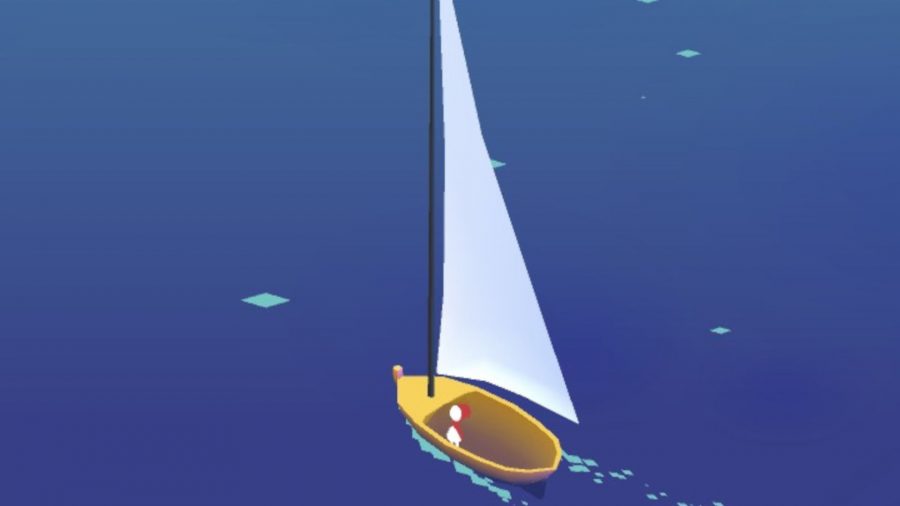 I say point-and-click puzzle because Daniel was clear in our chat about how the sub-genre is one of the most dominant inspirations behind the creation of Monument Valley, even more so than the action-adventure puzzle titles you might assume were primary influences (I’m looking at you here Zelda). He mentioned LucasArts, of course, especially in terms of how the puzzle element and the story portion from their games have a ludonarrative relationship developers have gleefully borrowed from over the years.

In fact, Daniel sees his game as belonging to a tradition, interestingly choosing to prefer calling his game, and similar titles like Monkey Island, adventure games, rather than referring to them as point-and-click or puzzle games. He even describes Monument Valley as “an action-adventure game without the action”, which is an interesting insight considering how the puzzles and design are often the most heralded element of his game, but he obviously sees it differently.

Even more idiosyncratic than the gameplay found in Ustwo’s already unique title is undoubtedly the architecture, with the lucid locations inspired by India’s most extravagant buildings. However, this India-centric architectural style wasn’t always the plan, and originally many of Monument Valley’s locations were to take influence Chinese, Japanese, and South-East Asian aesthetics. 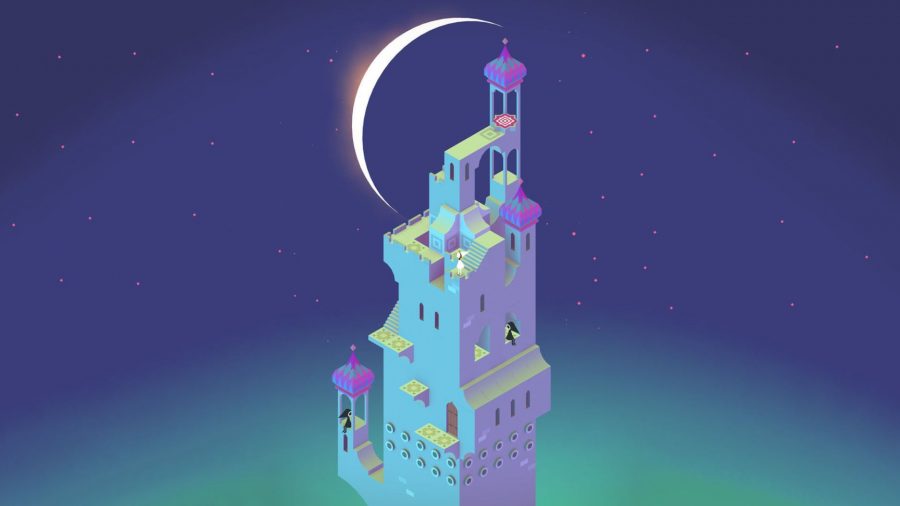 The combination of cultural artefacts that make up the inspiration for Monument Valley isn’t just a simple design choice though. The larger team behind the title, especially during its inception, was, according to Daniel, a real mixing pot of nationalities and cultures, stating “we talked about all different sorts of things. We have a few people in the team of Chinese origin, people from Europe, all different corners of the world, and we talked about Asian philosophy, greek philosophy and greek myths, but it’s a little bit of a mix, including some modern sensibilities like zen and meditative ideas from the current cultural zeitgeist”.

As someone who has spent a lot of time writing and thinking about orientalism, something this game could easily be accused of at a passing glance, this lived experience of the places recreated in Monument Valley helps the title shine even brighter. To match the striking visuals articulated in every single screen of the game, there’s a real feeling of authenticity in the game world, its lives and breathes and asks you questions you’re not always ready to answer.

Ustwo dropped much of the East Asian inspirations later into production, but despite the loss of illustrated Chinese or Japanese influences on the overarching look of the game, you can still feel the influence under the hood. For lack of a better term, Monument Valley is a zen-like experience, like a meditation game without a patronising voice actor harping out self-help lines, giving you the chance to find your own form of peace. 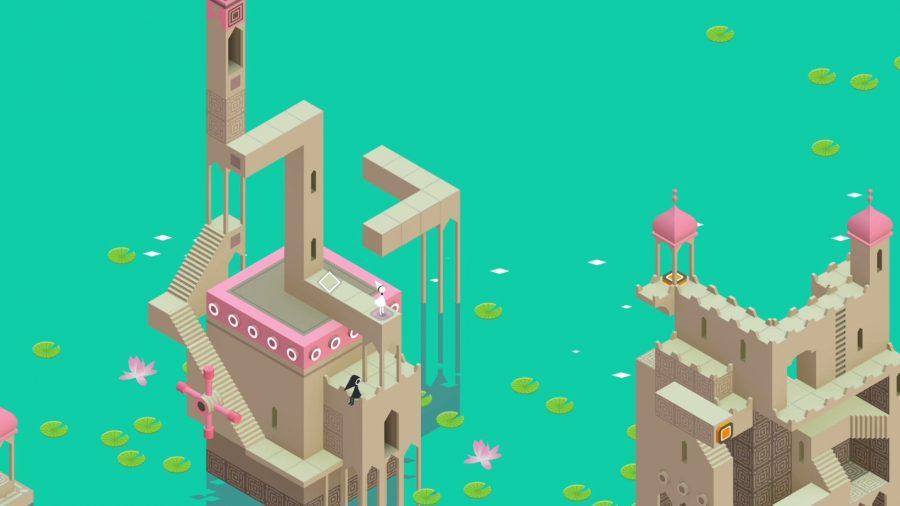 That doesn’t mean it’s a slow experience, peace in this sense is effectively the thing you most desire, the psychological equivalent of Harry Potter’s room of requirement, and you can approach Monument Valley in a number of ways. I find the meditative, small bursts each day to keep the mind at bay approach suits me best, and Daniel likes to think of people squeezing in chapters on bus rides and train journeys.

The way Daniel sees his own work in that regard gives us a little more insight into the game’s abstract narrative, Monument Valley’s most mysterious element. “There’s definitely answers to the meaning and narrative hidden behind layers in Monument Valley, but we like to make it abstract enough so people can also take their own interpretations. In a way, it’s easy adding story elements to a game, it’s just making sure that narrative meets the gameplay in a coherent way”.

While it’s clear there is a concrete message underneath Monument Valley’s foreboding buildings and structures, I’m glad that Daniel is open to personal interpretation, because I think I prefer it that way. For me, Monument Valley’s sparse dialogue and wordless world offer an escape that other games don’t, with Princess Ida’s puzzle-solving sojourn emblematic of my own occasional mental health journey, with the slow realisation that the answer is always there, and to get where you need to be, the world might not need move as much as you think it should. 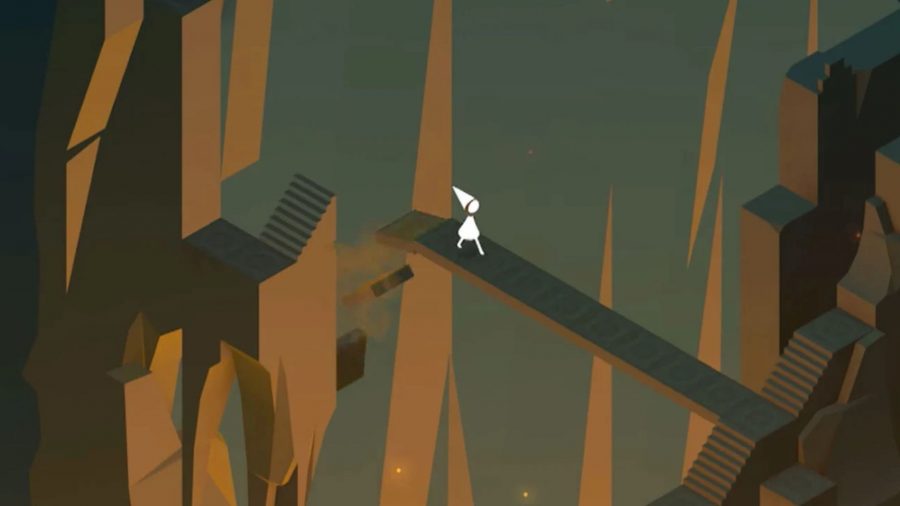 I usually wrap up interviews with a polite “Can we expect any more games in the series?” question, which in turn is almost always answered with “there’s lots planned, but we can’t share any further information at the minute”, but not this time. I should have known better not to expect the norm out of Ustwo Games. So, I can officially confirm that Monument Valley 3 is on its way, with a team busily working away on it as we speak.

I’m excited. You should be too. If I haven’t made it clear enough, games like Monument Valley are a true rarity, and a studio like Ustwo Games is rarer even still. This is a game that proudly presents itself as evidence in the case of video games as an art form, propelling the puzzle genre to dizzying heights so that all the candy in the world could not crush the creative flame of its long and illustrious history.

So go back to Monument Valley any time you can. Find the buildings, the puzzles, the cool blue pools of water in the quiet gardens that lay between, and enjoy yourself. That’s what it’s here for. That’s why it is.