Are you setting out on a fresh mission through Norzelia, or just want to find all the possible recruits that Serenoa can find? Well, this Triangle Strategy characters guide is here to help, giving you a full rundown of the crew you can amass as you set out to save the kingdom from itself. A lot of this depends on your conviction, so what sort of leader will you choose to be?

In our Triangle Strategy characters guide we’re going to break down the main story characters, and the possible recruits, to let you know exactly what you need to do to find the many different characters it’s possible to meet. While politics divides this nation, your actions and conviction can convince some to join your cause, strengthen your convictions and choose your path.

Here’s our guide to the Triangle Strategy characters 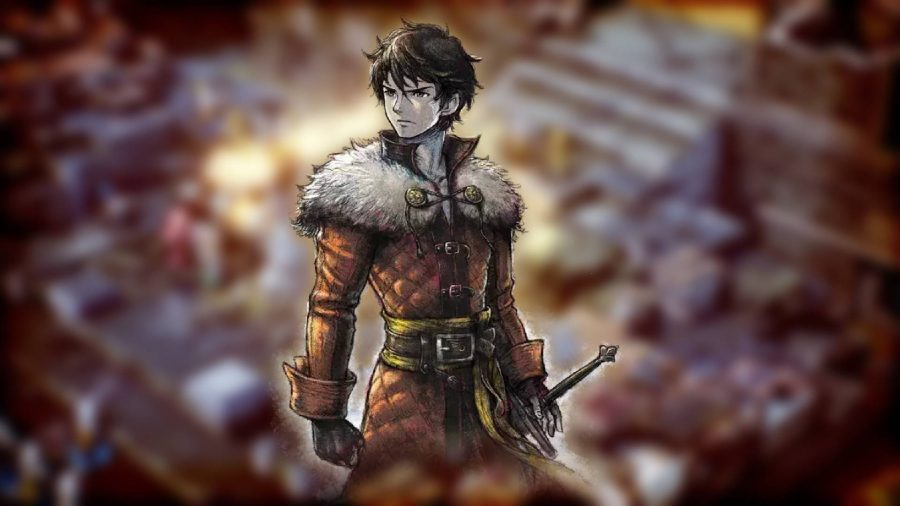 Your conduit on this journey, Serenoa is the character you control, the heir to House Wolffort, and the arbiter of much of the coming conflict throughout your journey in Norzelia. A lot of Serenoa’s personality is decided by your actions, your choices, and your votes on the scales of conviction. However, he still appears generally as a noble, caring, and virtuous leader who wants what is best for the kingdom, his friends, and his betrothed Frederica.

Serenoa is also known as a fearsome fighter, the only son of Lord Symon Wolffort, and is expected to carry on the legacy of the infamous house in the future. His mother died before the events of the game, and in the opening moments, we learn that Serenoa was betrothed to Frederica in the hopes of strengthening the union between Aesfrost and Glenbrook. 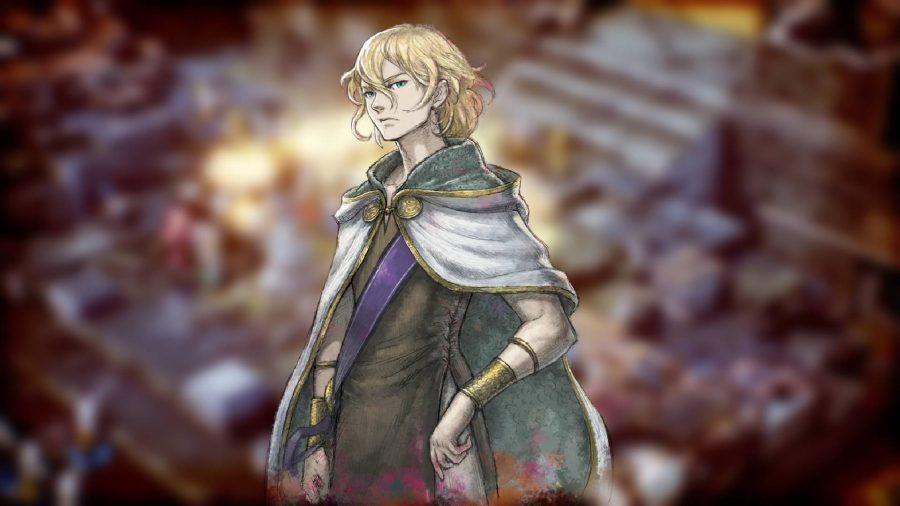 A young prince, and heir to the throne of (naturally) Glenbrook, Roland is a noble warrior and one of the playable main characters in Triangle Strategy. Much of the story revolves around Roland’s birthright, as well as attempts from others to oust him from the throne and destroy his family. Serenoa decides to aid Roland, but that decision gets tested in many heartbreaking ways over the course of the story.

Roland has a kind nature, and this led to him once saving Hughette Bucklar from bandits on an expedition. Hughette repaid this kindness by joining the king’s guard and promising to guard Roland with her life. 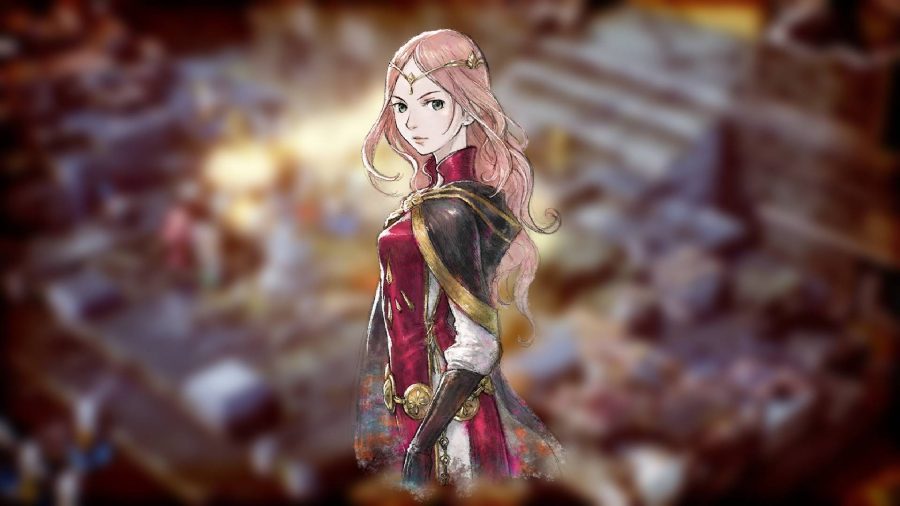 Players are first introduced to Frederica when she arrives at the port of House Wolffort with Geela Briesse, ready to arrange her marriage to her betrothed, Serenoa Wolffort. With her distinct pink hair, Frederica is a Roselle, a nation of people from Roselia who have been pushed into servitude in the nation of Norzellia. Her father is the previous archduke Zigmunt Aesfrost, but her mother was his concubine and so she was born out of wedlock and is looked down on as a Roselle.

She hopes to help bring peace to the nation with her marriage to Serenoa, and the strengthening of the union between the two nations. However as conflict erupts, she sticks with Serenoa and follows his choices and convictions, before she finds out much more about her Rosellian lineage, testing her connection to Serenoa. 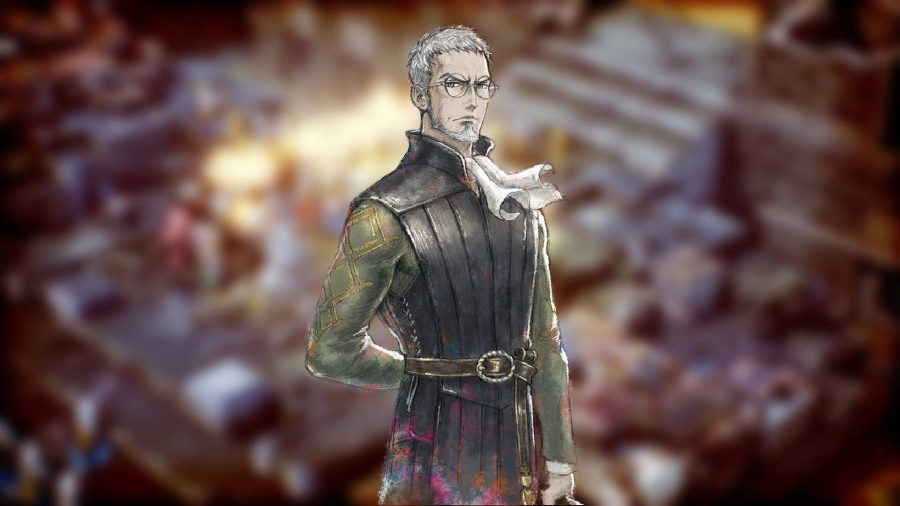 A master tactician and the steward of House Wolffort. Benedict fought alongside Lord Symon in the great saltiron war, as well as his friend and comrade Erador Ballentine. Known for his strategic mind, Benedict has helped the Wolffort family in countless battles over the years, and eventually swore to protect Serenoa with his life.

On one excursion in the past, he helped Lord Symon attack a village known as the Jackes clan. Despite being enemies, Benedict took pity on the fallen from the battle and gave them proper burials. After the battle, Benedict found a lone child, and showing compassion he decided to take in the child and give them his own name. That child is now known as Anna Pascal. 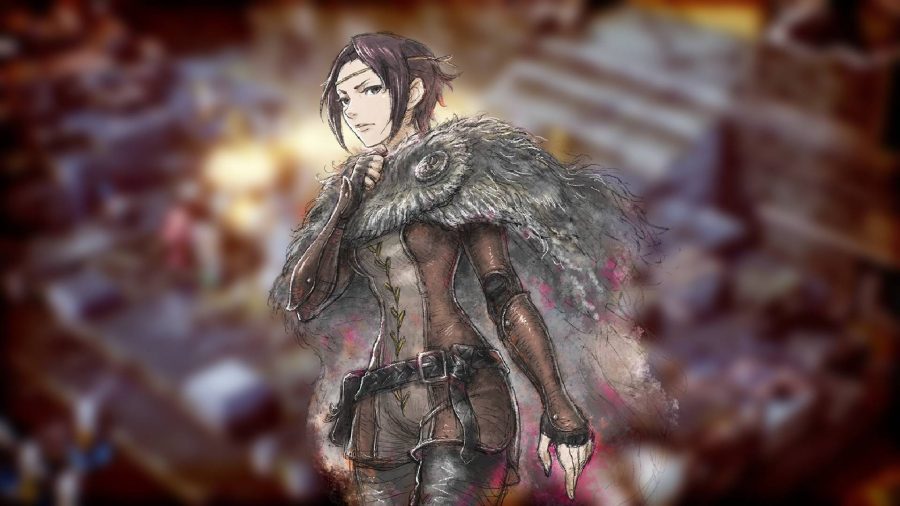 Once just a commoner and a hawk-tamer, Hughette was saved by Roland years ago and this inspired her to train as a warrior and protect Roland from there on out. She joined the Glenbrook king’s guard and stands by Roland’s side throughout the story from chapter two onwards. She has the unique class of hawkbow, and uses her mount to travel great distances during battle, making her a wonderful option for ranged attacks. 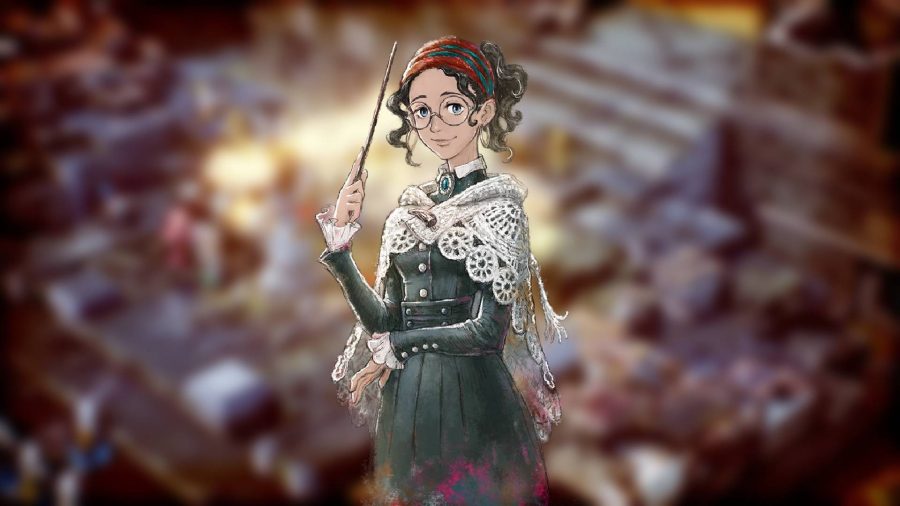 A physician from the nation of Hyzante, Geele eventually left the oppressive state to instead serve the country of Aesfrost, and because of her intelligence was appointed the tutor for Frederica. Though she was originally cold towards the princess, she warmed to her because of her personality, and now follows Frederica as her mentor and friend. Using her knowledge and skills as a physician, Geele is a fantastic healer and deals impressive magical damage. 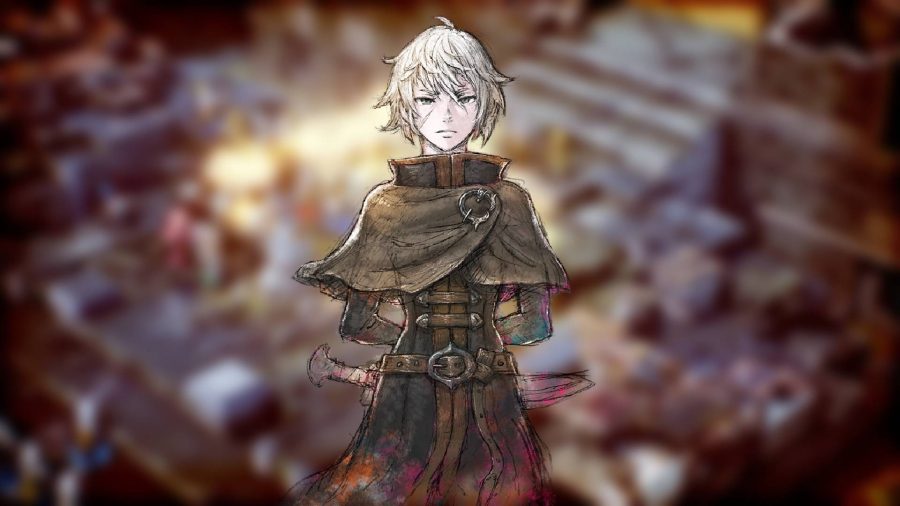 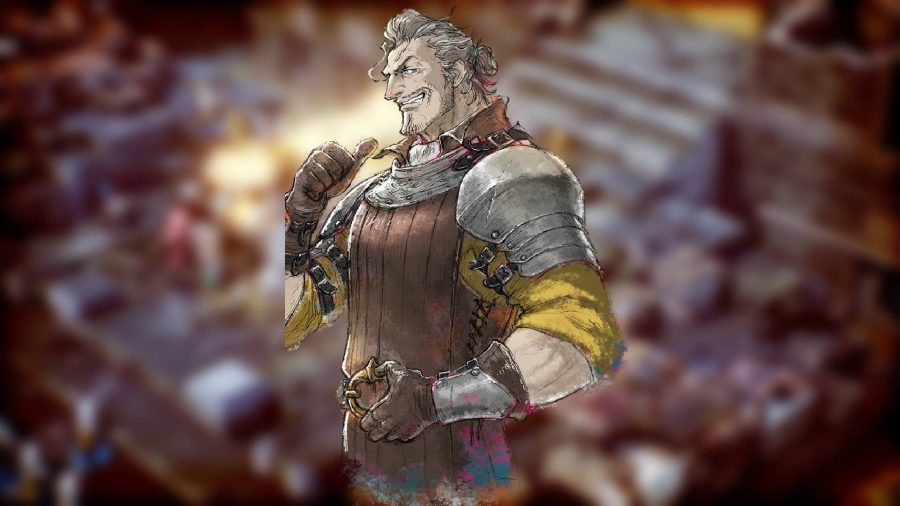 A soldier under House Wolffort during the saltiron wars, Erador is a close friend to Lord Symon as well as Benedict Pascal. While Benedict has the mind of a tactician, Erador often uses brute force and his bravado to win battles and serves as a shield master throughout the main campaign. He has a lighthearted and jovial nature and works to keep spirits high despite everything that happens during the main campaign. 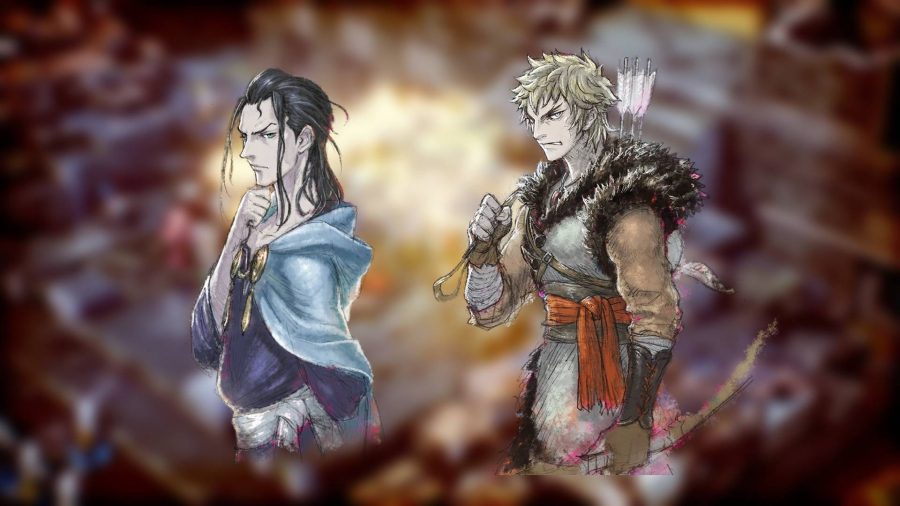 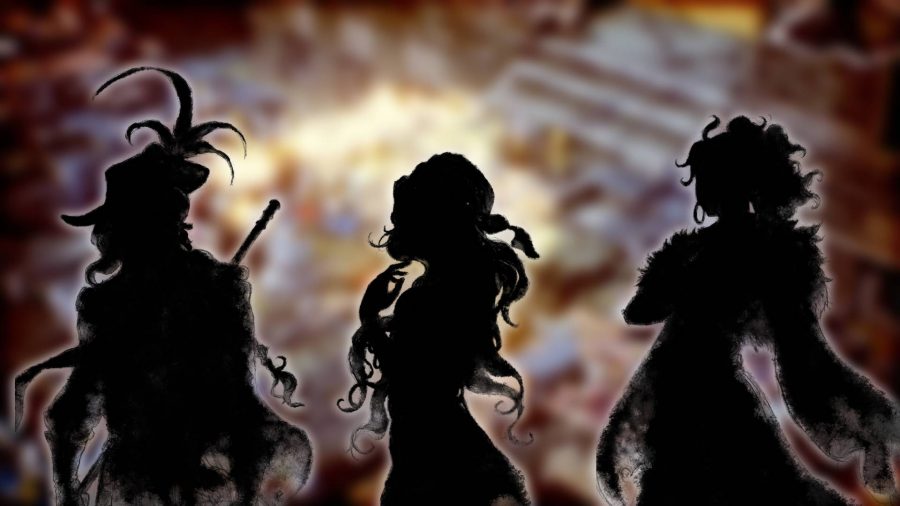 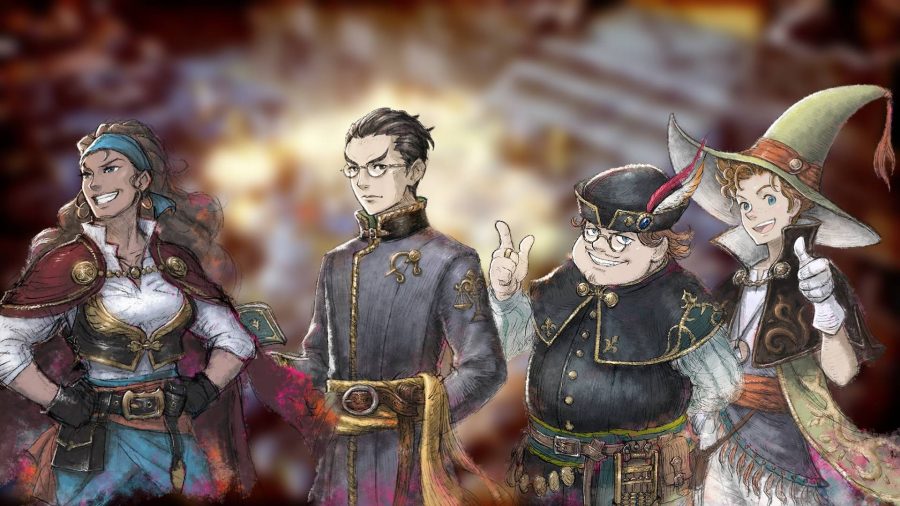 This table lists the characters you can recruit, and then the respective morality, liberty, or utility points you will need to encounter them on your journey. You add these points to Serenoa’s conviction as you make choices, help people, and vote on the scales of conviction, on your journey through Norzellia. The character will appear on your map as you progress through the story as long as you have gained enough of the applicable points, and you must interact with them to gain them in your party.