When it comes to tier lists, Tower of Fantasy is a bit of an odd one. In this game, ranking Simulacra isn’t really about which one’s the strongest – it’s about the power of the weapon that they unlock. All Simulacra, along with your own character, have the same base stats, but they also have their own unique weapon, and you can only access those weapons by pulling a copy of that character.

Keeping that in mind, our Tower of Fantasy tier list ranks all of the playable Simulacra by the power of the weapon they unlock, and its utility in battle as of the CBT and our pre-launch access. The benefit of this is that, if you really love the character you made through the Tower of Fantasy character creation screen, or you just adore the design and personality of a lower-ranking, SR character, you can simply equip them with an S-rank, SSR weapon, and tear through Aesteria without a care in the world. Great stuff.

Between some serious number crunching and our personal opinion on how the weapons unlocked by these characters performed in both the CBT and our current pre-launch access, we’ve come up with the following tier list. Please note that these rankings are intended as guidelines only, and are likely to change in the wake of the game’s release – especially with the new characters Hotta has lined up for us. 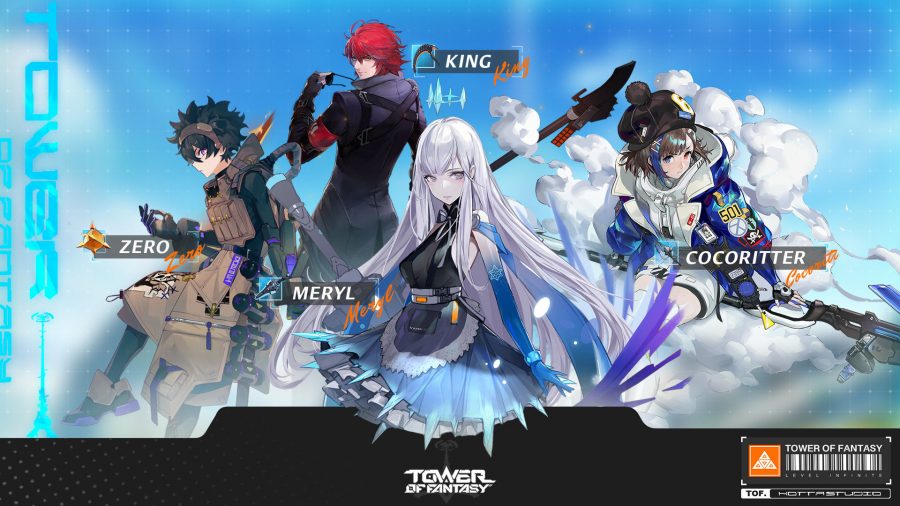 Also, note that pretty much all of the characters and weapons are viable. While the SSR rank weapons will usually outrank anything else, we highly recommend filling out your arsenal and testing different rotations and elemental combinations at this early point in the game’s life – that’s half the fun of Tower of Fantasy’s combat, after all!

To find out more about each of the Simulacra and their awesome weapons, head over to our Tower of Fantasy characters and Tower of Fantasy weapons guides. We’ll also update this guide with a reroll guide and tier lists for both relics and chips as soon as we’ve had the chance to get more familiar with the game, so be sure to check back soon.

That’s everything in our Tower of Fantasy tier list for now. For more adventures on the go, check out our list of the best mobile RPGs and set out on a new journey today.