We all love the opportunity to make our own character, and Tower of Fantasy certainly delivers on that front. Its in-depth character creation options offer so much room for creativity, with options to change just about anything – and we’re not just talking about a set number of hairstyles and face presets.

The Tower of Fantasy character creation screen lets you change the size, shape, and colour of all of your character’s facial features, mix and match different parts of haircuts, switch up their outfits, and basically run free with your very own anime character customisation tool. We’re not ashamed to admit that we’ve already spent plenty of time playing around with it! But the great thing about it is that, not only do you get free reign, but you can also upload your own character presets, download other players’ presets, and even vote on your favourites.

If you can’t wait to get in on the character-creating action (and all the other fun stuff, like the actual game, of course), you’ll be glad to hear that the Tower of Fantasy release date isn’t too far off at all. Or, if you’re more interested in the other playable Simulacra featured in the game, check out our Tower of Fantasy characters guide.

When you start a new game in Tower of Fantasy, you get the option to pick between a male or female character. Keep in mind that you currently can’t change from male to female or vice versa after your initial choice, and would have to start again to do so.

Your character starts off pretty basic, but don’t you worry – after completing the initial tutorial and meeting Shirli and Zeke, Shirli leads you over to Astra Shelter Quartermaster, Celine. She then launches you into the Tower of Fantasy character creation screen, and you’re free to switch up your look to your heart’s content. 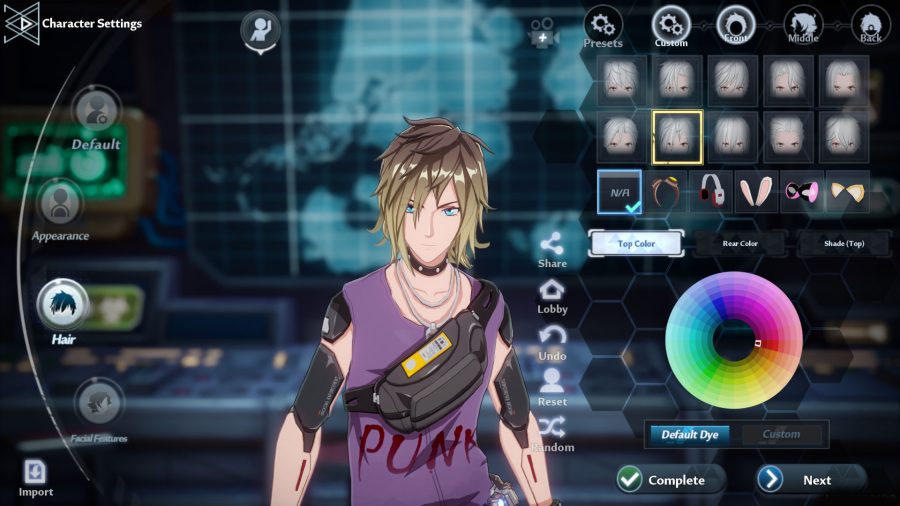 In the character creation screen, you can manually change different features, or select one of the presets on offer. The Tower of Fantasy character customisation also offers an option to upload or download player-made presets – a quick and easy way to get great results fast.

To access player-made presets beyond those in the ‘popular’ tab, you can head to the lobby. The lobby tab leads you to the appearance hall, where you can look at the latest uploads, vote on and save your favourites, and even save your own. During the CBT, players got super creative, making presets that resemble popular characters from anime, other video games, and more – including ones that looked like Genshin Impact’s Ganyu, popular Vocaloid idol Hatsune Miku, and more.

Of course, the presets weren’t carried over from the CBT, and there’s not much to look at in the pre-release appearance hall. However, as soon as the Tower of Fantasy release date rolls around and players start uploading their awesome presets, we’ll be sure to update this guide.

If you want to change your appearance again later in the game, you can do so at the cost of 100 dark crystals. 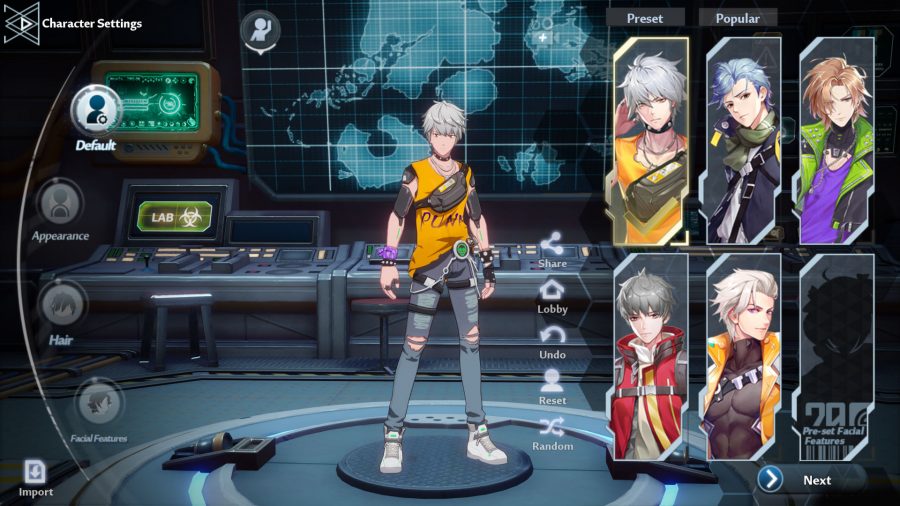 How do I create a Tower of Fantasy character preset ahead of launch?

Upon completing the tutorial of the game and getting to the character creation screen on launch, the game will give you a prompt informing you that you have character presets available, and asking if you want to import them. Hit ‘OK’ to load your preset.

That’s everything we’ve got on the Tower of Fantasy character creation process for now. We’d love to see your favourite presets over on our official Twitter when the game comes out. For now, head over to our list of the best mobile RPGs for more adventures on the go.