Xenoblade Chronicles is more than a decade old, and, as we near the release of the fourth entry in the series, it can be a little difficult to understand how all the games fit together. With the strange nature of the alternate realities that blend with each other in oblique ways, it can all be a bit confusing.

So, let’s recount the facts, from the first game all the way to the last, and see if we can paint a fuller picture of the Xenoblade Chronicles timeline. Of course, there are also the storylines of the two mainline games’ DLC, Torna: The Golden Country and Future Connected, which actually help a lot in piecing everything together.

Of course, there are going to be full spoilers for the whole of the Xenoblade series so far. I feel like it goes without saying, but just in case: please don’t keep reading if you don’t want spoilers for any game in the series. Why not check out our Xenoblade Chronicles 3 preview instead? Spoiler-free, of course. 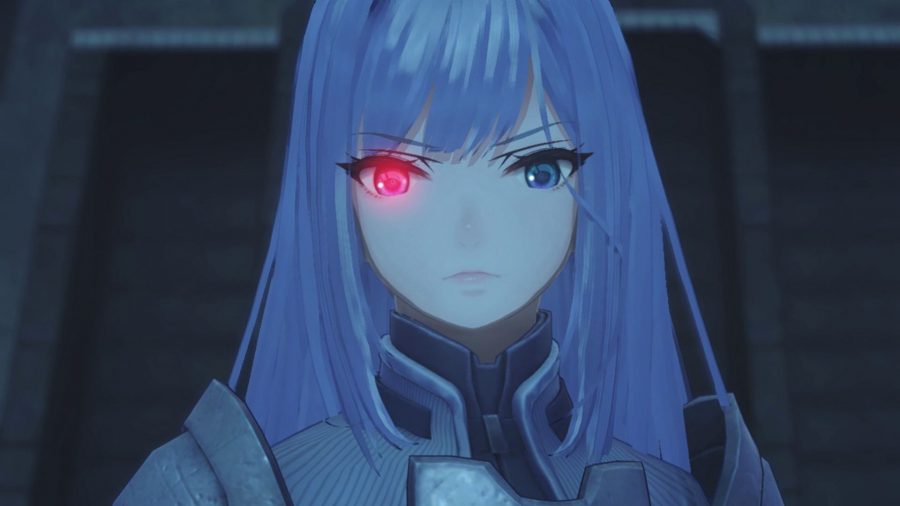 Before we get started with the in-game present, there are many flashbacks that are vital to building a backstory. So strap in, friends, this could be a long one. The key character in all of this is Klaus, and the key object is the conduit.

The conduit was found during the 21st century in Africa, a strange object that can help bridge the gap between different dimensions. Scientists built many space stations for research purposes and kept the conduit in the one called Rhadamanthus, which you explore in Xenoblade Chronicles 2. They also made a supercomputer known as the Trinity Processor, designed to protect the conduit.

During a scuffle around the same time period, Klaus activated the conduit, believing it a gift that needed to be used to change the world for the better. However, once activated, portals to other dimensions opened up and one sucked half of his body through alongside another scientist, Galea.

The half that remained became known as the Architect and features in XC2, the half in the new universe as Zanza, from the first game, with Galea becoming Meyneth. As this is where things split and two concurrent stories play out, the chronology is a little bit muddier, but we do know what comes next. 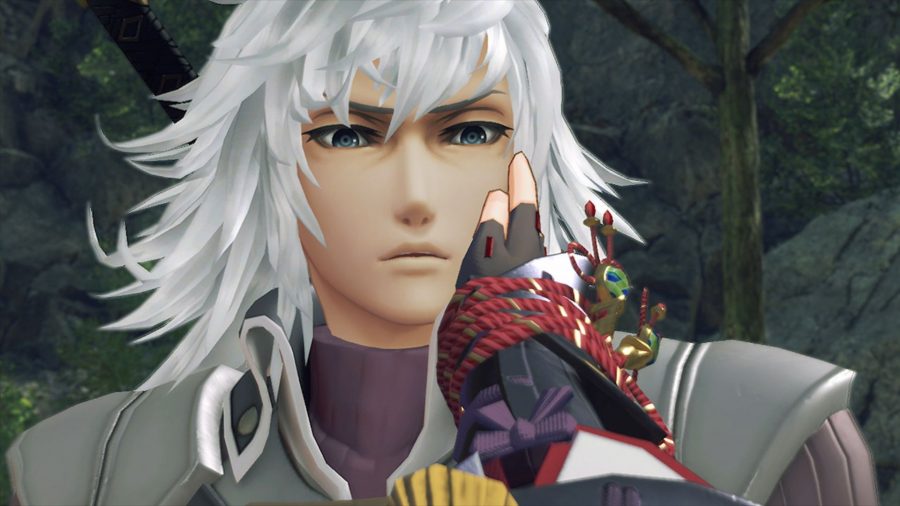 Torna reveals a lot about some side characters from XC2 – Jin, Mythra, and Malos. It follows Lora and Malos, 500 hundred years before the events of the two main games, and their interactions with some key characters. There’s not too much impact on the overarching timeline, mainly as it’s so reliant on XC2’s story, but it does show us how Pyra came to be.

The form came from Mythra, having destroyed a Titan and seen a young boy die, in a flash of rage and guilt. Addam then took Pyra to the ship where Rex eventually meets her. Lora dies at the hands of Amalthus, and Jin becomes a flesh eater and the villain we ultimately see in the main game. It’s not really that important to the overall story, at least not yet. 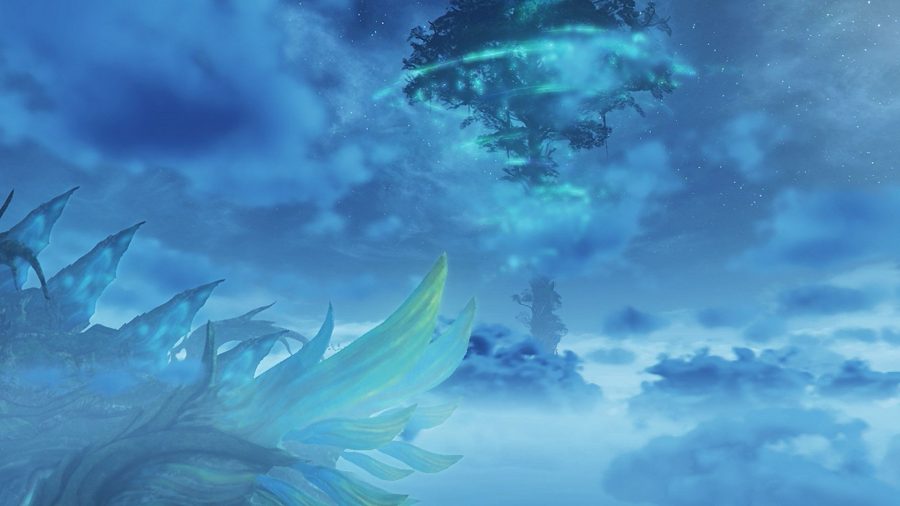 In the original world where one-half of Klaus remained, the events of Xenoblade Chronicles 2 take place. In this world, the activation of the conduit stripped the earth bare, so Klaus became known as the Architect, the only thing alive.

He created life, the cloud sea, and also gathered “miniature vessels containing memories of all [the earth’s] lifeforms,” which he scattered over the cloud sea. These would become known as the core crystals. A chemical reaction occurred with these, leading to the natural creation of the Titans.

These Titans became massive, and civilizations sprouted up on them all over Alrest (the new name for earth). These civilizations built a story around the Architect, saying they used to live with him on the World Tree, in a place called Elysium. They were apparently expelled for some reason, and the Architect sent the Titans to save them. 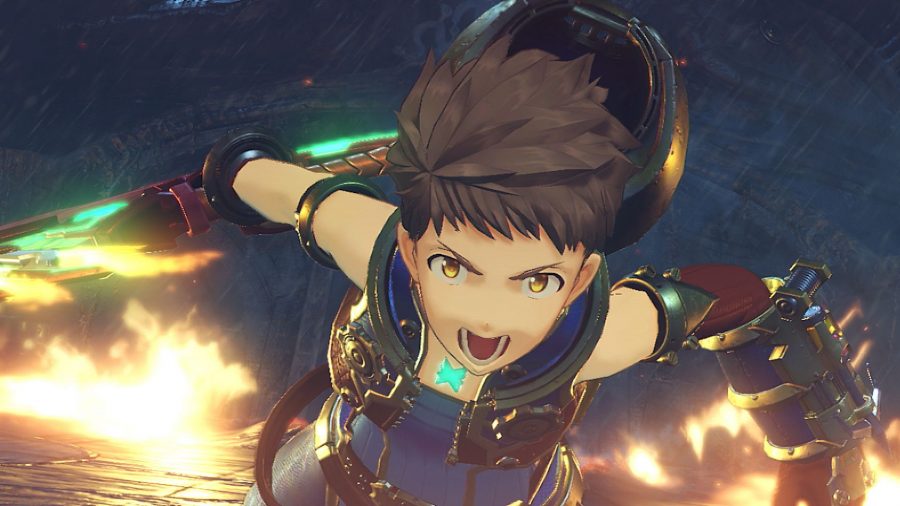 Then, far forwards in time, we get Rex, a salvager who dives into the cloud sea to find goodies. After being offered a job to help out some drivers (people who wield blades by connecting their core crystal), he connects with Pyra, a legendary blade known as the Aegis.

Their adventure takes them towards the World Tree, attempting to reach the top, and ends with them meeting the Architect. As he explains what the conduit did to him and the world, he reveals that he’s about to die. As he passes, the World Tree starts to crumble.

Pyra’s third form sacrifices herself to stop the world from being destroyed by the disintegrating tree. Rex and his crew barely escape, and then Pyra and her second form Mythra are revived, right in front of them, in separate bodies for the first time. 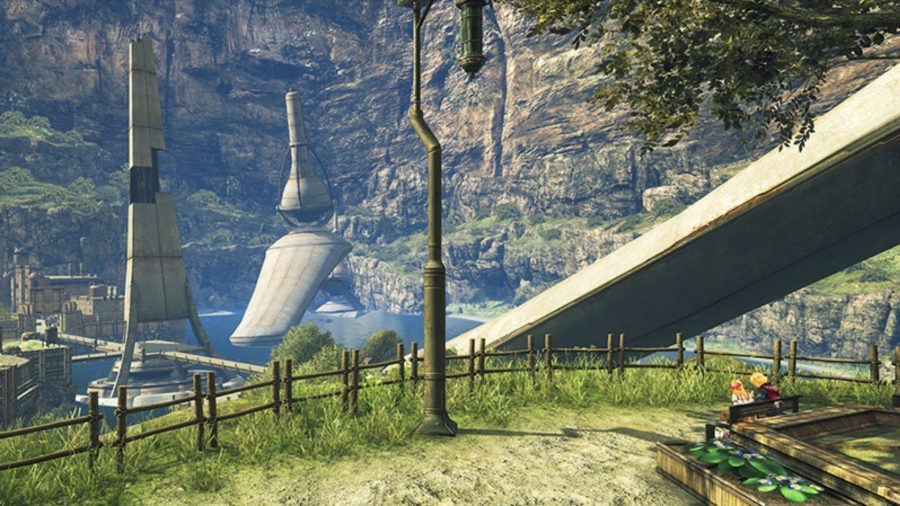 At the same time, we have the events of Xenoblade Chronicles. The world was either found or created by the activation of the conduit, with Zanza (one half of Klaus) and a fellow scientist Galea being pulled through a portal. It’s unclear what the world was like there, but the Trinity Processor (that supercomputer from earlier) did something that gave them the ability to create stuff.

They used this power to build giant bodies to house their spirits in, as they weren’t really in corporeal form after going through the portal. Using the powers they gained through the Trinity Processor, they each created life.

This life they created wasn’t just because the two gods were lonely, however. Zanza fed off the ether produced when his creations died, so it was vital that they kept doing exactly that. But the Giant Arglas and the Machina leader Egil wanted to seek out other worlds. So, Zanza had to stop this. 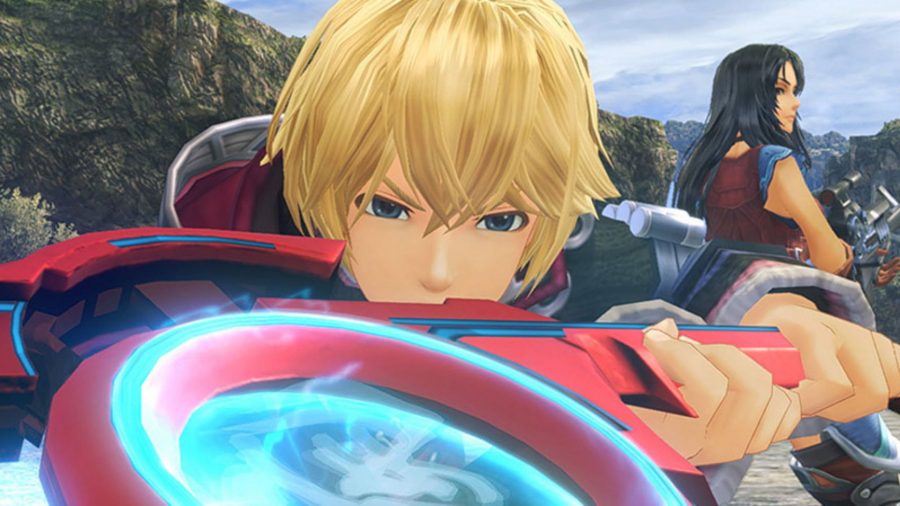 Zanza did a few things. First, when Arglas wielded the Monado, he possessed him and used him to trigger the battle between Bionis and Mechonis. He also gave himself three disciples: Dickson, Alvis, and Lorithia. They’ll be important later.

This battle between Bionis and Mechonis sapped the life forces of Meyneth and Zanza until they had to stop and rest to regain their full power. Arglas was sealed away on Prison Island, along with the Monado, both of which contained bits of Zanza’s soul.

As Zanza wasn’t fully defeated, Egil constructed the Mechon to wipe out all life on Bionis and stop Zanza from regaining enough ether. But, those disciples from earlier were still alive. And they started to work towards reawakening him.

We then get the events of the game, which start with Dickson finding Shulk and the Monado and end with Shulk creating a new world at the behest of Alvis – who actually originates from the Trinity Processor. This world is one without gods, where the survivors can live in peace. 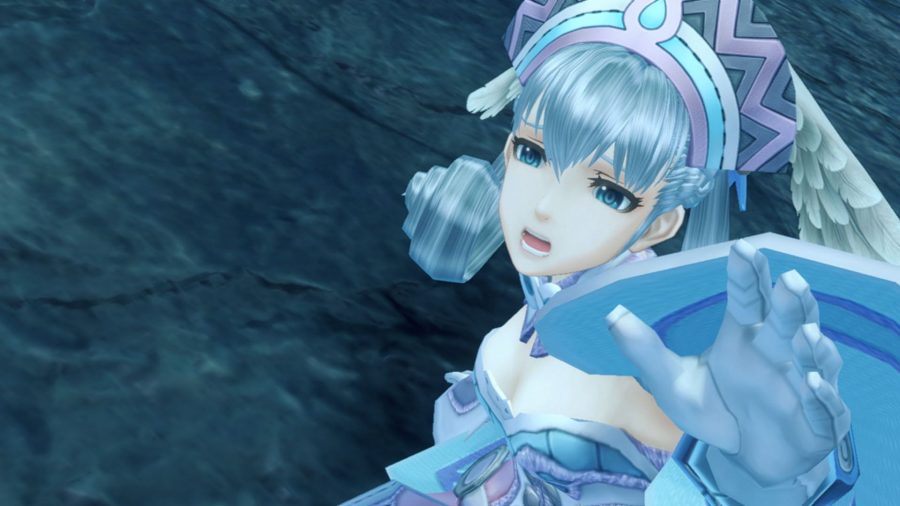 The Xenoblade Chronicles: Definitive Edition DLC occurs right after the events of the main game, following Fiora’s change into a human form, and Shulk’s wish for a world with no gods, where people can live in harmony. This time, however, our focus is Shulk and Melia.

After the High Entian city of Alcamoth is spotted to have returned, Shulk and Melia head out to investigate. They meet a couple of Nopon and find out that the Fog King has overrun the city. They meet some other characters, research the strange creature, and set out to defeat it.

The important stuff is what happens at the end. After the Fog King is defeated, Shulk and the Nopon head back to Colony 9. However, Melia stays in Alcamoth, the High Entia return, and she’s crowned Empress of the High Entia. Who knows what their future holds. 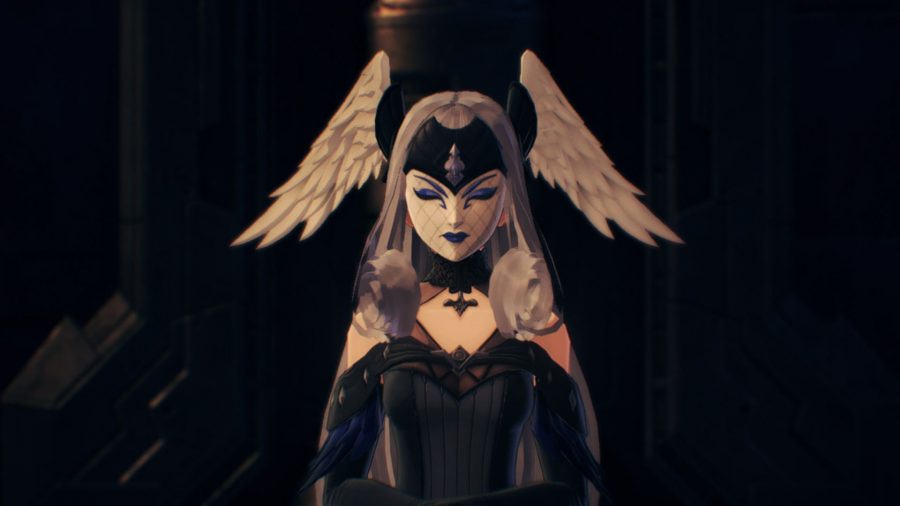 Seriously, who knows? No one has played Xenoblade Chronicles 3 yet, so no one knows what’s going to happen. All you need to understand is that XC3 looks set to tie up the two storylines in the other two main games. Nintendo themselves tweeted this, as you can see below. What exactly this means is unclear.