There are very few things that feel as good as exploring and creating, so check out our guide to the best sandbox games for Switch and mobile to find some new games to play today. You have plenty to choose from, and these games cover simply exploring a little town, summoning demons, or using tools to create whole new worlds.

It’s hard to write about the best sandbox games for Switch and mobile and to keep things narrowed down, so excuse us if these picks reach wide across what you’d expect. We’ve tried to pick the most fun games that we consider a sandbox, so they’re not all gigantic open worlds, but sometimes just a game that lets you create in a cool way. They’re all fun though, we promise. 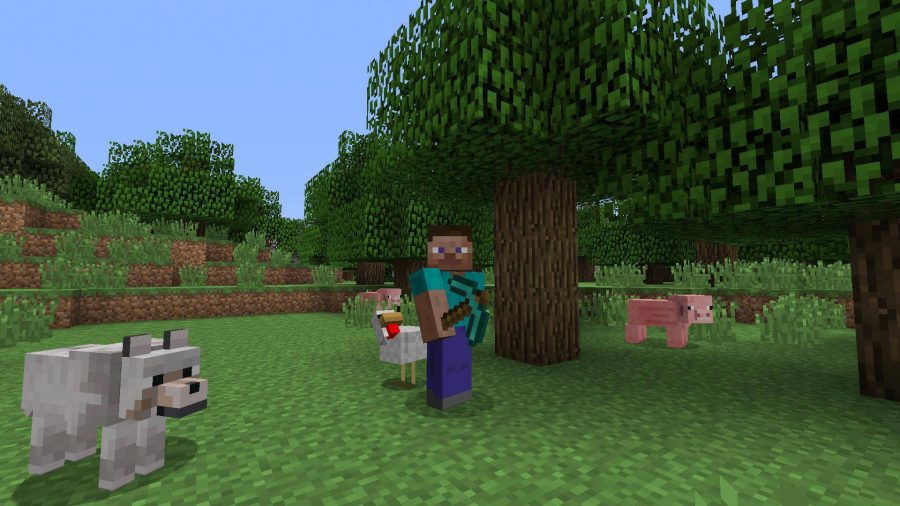 It doesn’t get more sandbox than this. Minecraft has been one of the biggest games in the world for over a decade, and that’s largely attributed to the insane amount of possibilities that each of its game modes presents. Explore the world in survival, build your own fortress, and explore the depths of the world and the enemies found within. Building structures in Minecraft is especially rewarding after finding your own resources, and the added thrill of the occasional creeper just waiting to blow it all up.

Creativity pushes this beyond and has seen some truly remarkable things made all in the name of fun. Players have created enormous recreations of real-life locations, Ocarina of Time, and even painstakingly recreated the fantasy world of Game of Thrones. There’s no limit to the possibilities, hence why we are still seeing fantastic creations to this very day. 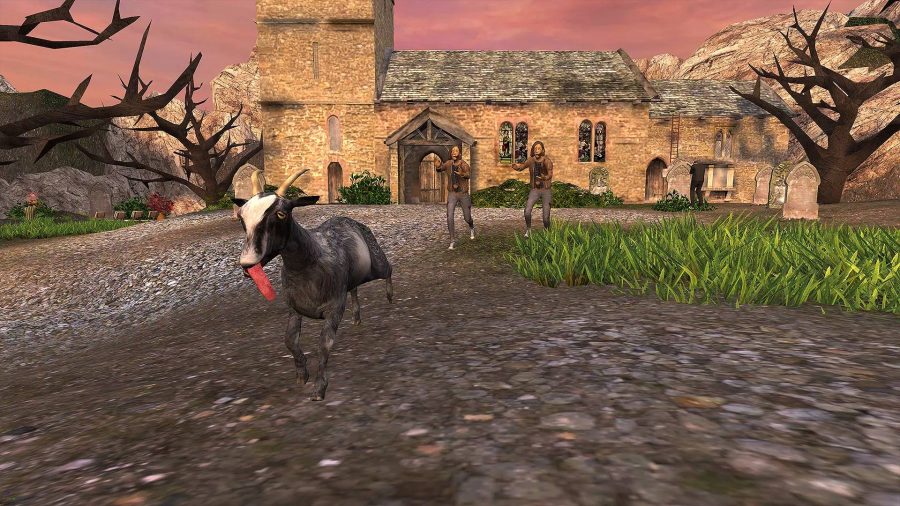 Alright, now let’s do a silly one. Less about creation and more about simple exploration, Goat Simulator has you playing as a very, very naughty goat. Let loose on an unexpecting town, the goat can cause true chaos, destroy buildings, terrify locals, and even summon a demon. There’s a lot to discover and so much to do, with it all sold beautifully by the physical comedy of lobbing a ragdoll goat off a rooftop. 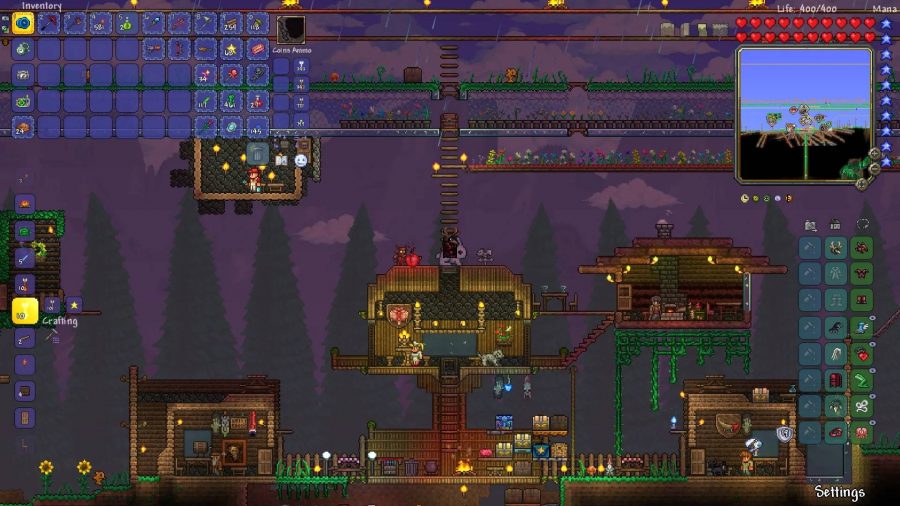 A fantasy exploration and building game on a 2D plane, Terraria is so much deeper than its brilliant but modest visuals might imply. It’s always satisfying to gather resources, make a little cabin, and fight enemies to gather even more goodies. Here everything just feels right, with slick controls and so much to see and do. Players might be surprised even to discover just how much is on offer here, as this is one journey you could potentially never finish. 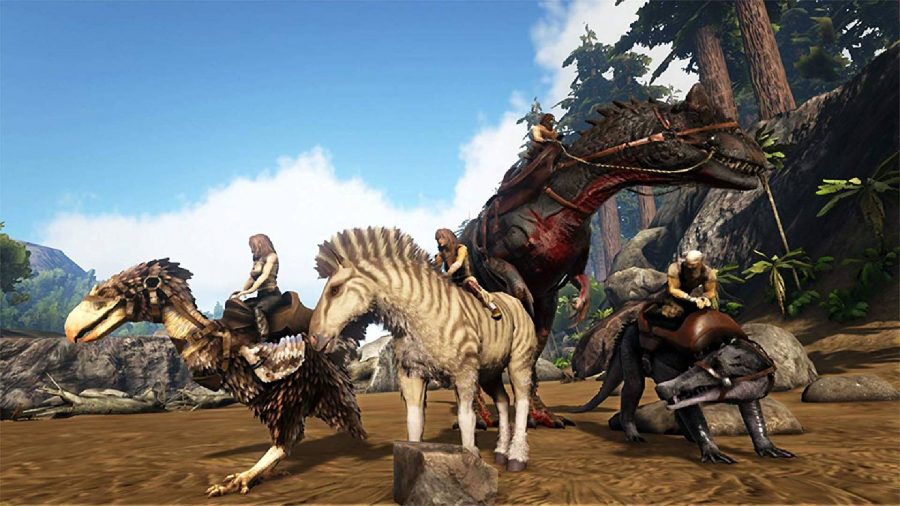 Alright, listen, imagine an open-world game where you explore and create things, but with dinosaurs. If the elevator pitch doesn’t work, I’m not sure what will. ARK: Survival Evolved is a fun game where payers explore a post-apocalyptic world overrun by dinosaurs and must work alongside them to stake their claim on this barren planet. It’s great fun to fortify your settlement, and there are a lot of different ways to interact with the world. It’s a little wobbly in places, but it makes up for it with all the dinosaurs. 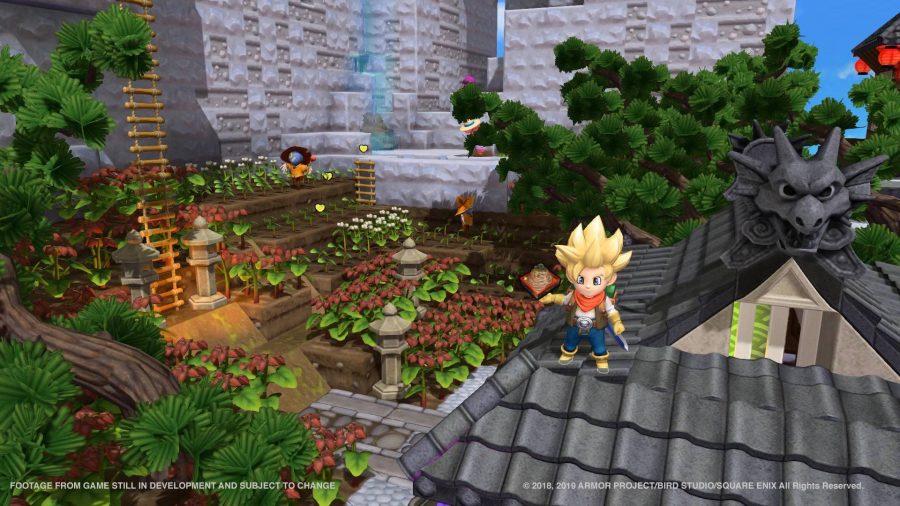 HOO BOY. Hold on to your hats, as I tell you about a little game called Dragon Quest Builders 2. It’s perfect, comprehensive, a masterpiece, and certainly not appreciated enough in its time. Built on the bones of the peerless fantasy RPG series Dragon Quest, Builders 2 takes that world and some mechanics, but instead delivers the best open-world creative (or building) game I’ve ever played.

Imagine Minecraft had a story so good it could make you cry, had amazing new twists that simplify and expand upon regular building tools, and then slap on some fantastic visuals and music? Folks, I am begging you to go play Dragon Quest Builders 2. It runs great on Switch, and has a huge demo (which also transfers save data when you purchase) but it is also available on PS4 and Xbox, just go and play it. 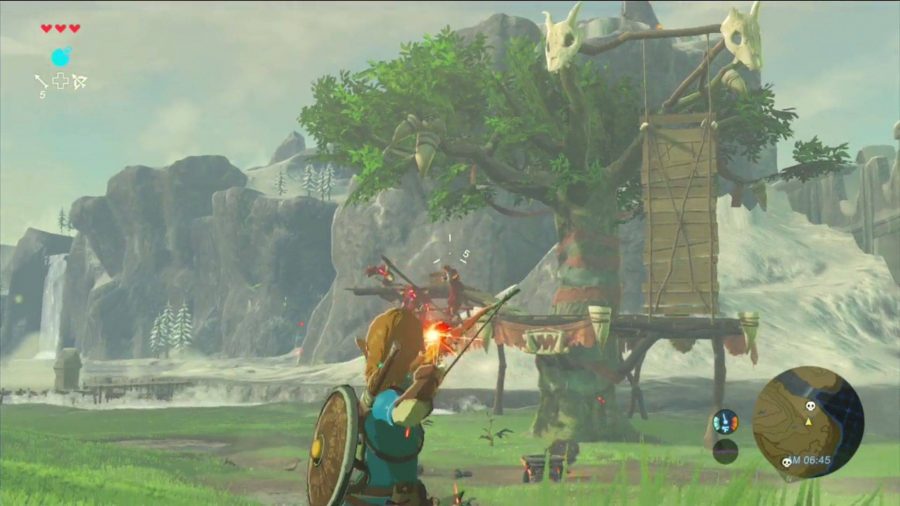 The Legend of Zelda: Breath of the Wild

Yeah, it’s a sandbox game and I won’t hear any arguments about it. The Legend of Zelda: Breath of the Wild has a gigantic open world with its own bespoke physics engine, allowing you to create scenarios entirely depending on chemical reactions and the elements. Use a metal barrel and lightning to start a fire, carry an electric charge through several lightning-based weapons, or float a bomb on the breeze thanks to a balloon pulled from an Octorok’s belly. Breath of the Wild works because of its grandiose story, its beautiful visuals, and thrilling combat.

But, if Nintendo just release the tools on offer here, it would still be one of the best games ever made. It’s phenomenal to think that people are still discovering things in this game, but more, that often these discoveries make sense. Did you know you can boil eggs by placing them in the Death Mountain natural hot springs? Of course, you can. We hope to be exploring another open world soon, so we’ll keep our eye on the Breath of the Wild 2 release date.

That’s all we have for today, but be sure to check back for even more great sandbox games for Nintendo Switch and mobile soon. If you want to find another great game to play today, why not check out our bumper guide to the very best Switch games for some inspiration.