Whether it be spinning balls of primates going at a hundred miles per hour, or gorillas learning to fly before pigs do, there’s a lot of fun to be had with monkey games. However, with more on offer than there are banana skins in Donkey Kong’s bin bags, it can be hard to decide which to load up first.

That’s where we come in, with our comprehensive list of monkey games on Switch and mobile. While there are a few popular IPs you already know are going to make the list, we’ve also made sure to include a few surprise picks to keep these different, and provide a couple of titles you might not have heard of before.

For more animal antics, be sure to browse our list of cat games, as well as our list of games like Stardew Valley if you want to try your hand at some farming. Of course, legendary ape DK makes an appearance in a few Mario sports titles, so be sure to check out our golf games and tennis games lists if you want to play ball primate style.

The headline act for our monkey games list is of course AiAi, MeeMee, GonGon, the baby, and the doctor, also known as the Super Monkey Ball crew. With all the classic levels you used to love, and the minigames too, there’s hours of monkey business – we’ll get that out the way early – in this reimagining of the Gamecube series.

Plus, in this title, other Sega icons like Sonic, and Yakuza’s Kiryu, make an entertaining appearance. If that doesn’t grab you, maybe our Super Monkey Ball Banana Mania review will.

Gibbon: Beyond the Trees – Switch and mobile

Gibbon: Beyond the Trees is a quaint experience, but a thoughtful one too, detailing one gibbon’s escape from a deteriorating environment. It’s by far the most poignant title on this list, packing a touching and palpably human experience for a monkey-based platformer (you don’t see much eco-awareness in Donkey Kong, that’s for sure). If you still need convincing, why not take a read of our Gibbon: Beyond the Trees review. 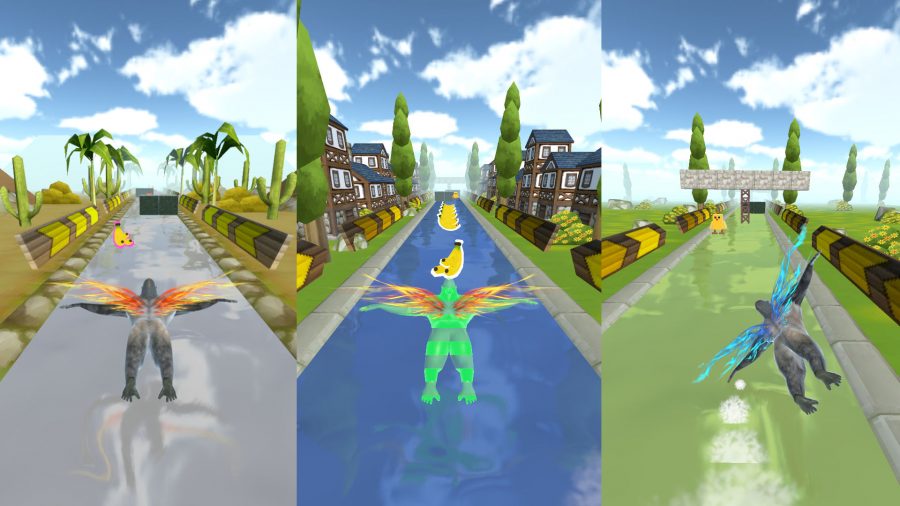 Flying Gorilla describes itself as “a surprisingly popular game”, and they hit the nail right on the head there. I will say now, that as insane as you think a flying gorilla game could be, you need to bundle that thought up and throw it out the window, as this title is unlike anything you’ve ever seen before, and quite possibly for good reason. Even still, as a free-to-play game, it’s worth picking this one up just to blow your tiny mind, if nothing else.

Have you ever seen a great ape dodge a shotgun shell? Well if not, you need to play Ape Out, one of the more idiosyncratic monkey games on Switch. This title is the closest you’re going to get to Ape Escape in this day and age, starring a very angry gorilla trying to leave the maze it finds itself in, taking out anyone who gets in its way. If primate ultra-violence is what you’re looking for, Ape Out is the only call. 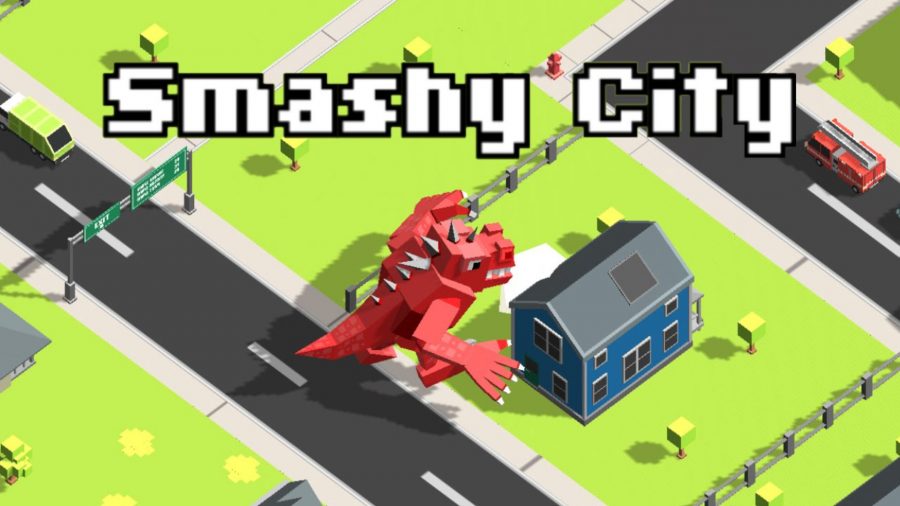 In lieu of a like-for-like mobile or Switch port of the original Rampage, one of King Kong’s first video game outings, the best way to take control of the massive monkey in this day and age is in Smashy City. In the same way that the original Crossy Road revitalised Frogger mechanics, Smashy City brings Rampage into the palm of your hands as a fantastic free-to-play city destruction simulator, complete with the king of the apes himself.

You thought we were going to do a whole list of monkey games and miss out DK himself? Fat chance. As one of the first titles to port for the Switch from the maligned Wii U era, Donkey Kong Country: Tropical Freeze is as fine a platformer as you can find on the vast eShop to this day, with hours of classic content and beautiful beachside locations.

Do Not Feed the Monkeys – Switch

Now, for something entirely different, we’re looking at Do Not Feed the Monkeys, which, spoiler, isn’t really about monkeys, but you take a look at the list of monkey games on Switch and suggest something else, why don’t you. For what this title lacks in actual primates, the voyeuristic narrative-driven gameplay loop is surprisingly enthralling, and there’s a deeper message about surveillance society that doesn’t go unnoticed.

There you have it, our full list of monkey games for you to lap up like a gibbon with a bunch of bananas. For more colourful worlds and jungle expeditions, be sure to check out our picks for the best Switch adventure games and the best mobile adventure games.