Final Fantasy is one of the most iconic and popular videogame franchises ever, and it’s not difficult to see why. Each entry features enthralling stories, intricate worlds, satisfying combat, and great comradery among the many enigmatic characters you go on these adventures with. In fact, we’d go so far as to say some of them hold a legendary status that other videogame heroes and villains only dream of.

Still, in a series full to the brim with inscrutable yet engaging protagonists and antagonists, we can’t help but ask the question, who are the best Final Fantasy characters? Well, it just so happens that there are a couple of Final Fantasy mega-fans at PT, so we are somewhat qualified to give an answer to this question. However, if, like Tilly, you want to see Prompto, we suggest you leave this guide prompto, for he’s not here.

If you want to meet a broader range of faces from the FF franchise, you can check out our FFVII characters and Crisis Core characters guides. Who knows, perhaps one or two from those lists get a mention here. You could also take a look at our best Final Fantasy games list, there are some great suggestions on there. 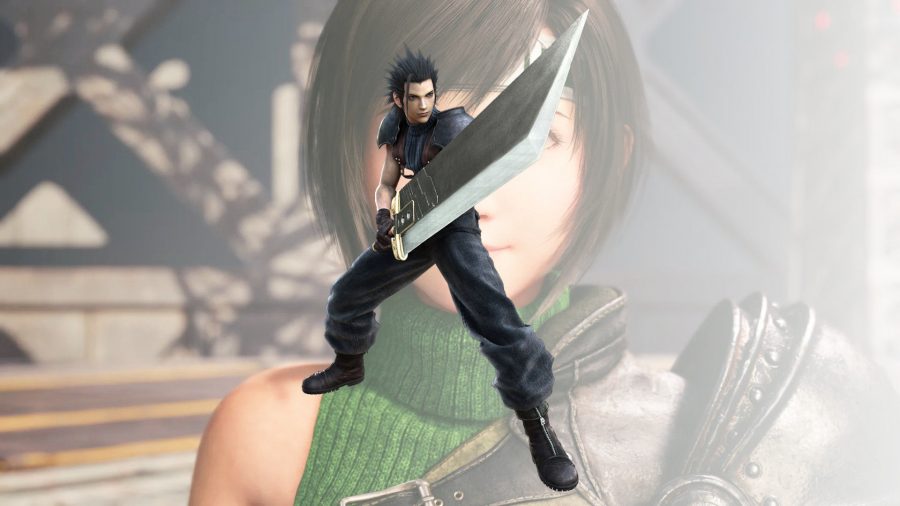 While our excitement for Crisis Core: Final Fantasy VII Reunion is palpable, even if we didn’t know about the impending remake, Zack would still get a place on this list, as he truly is one of the best Final Fantasy characters of all time. For the longest time, he stood in the background, but his PSP game brought him to the forefront of players’ minds, and his optimism is infectious.

Throw in the fact that he’s also a very friendly guy that cares about those around him along with the impact he has, and you have a pretty sweet guy that you have to at least respect, if not hold a huge soft spot for. 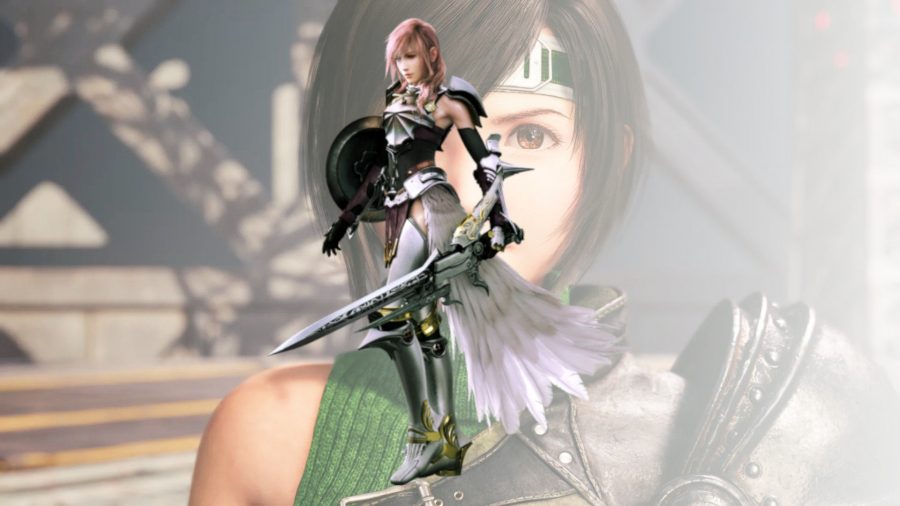 You’re going to have to hear us out on this one, mainly because Final Fantasy 13 is not regarded as highly as other entries in the series, which is a crying shame when it does feature one of the best Final Fantasy characters. Lightning not only looks fantastic, but she has the ideals and personality to match, as a fiercely loyal individual that does all she can for those she cares about. 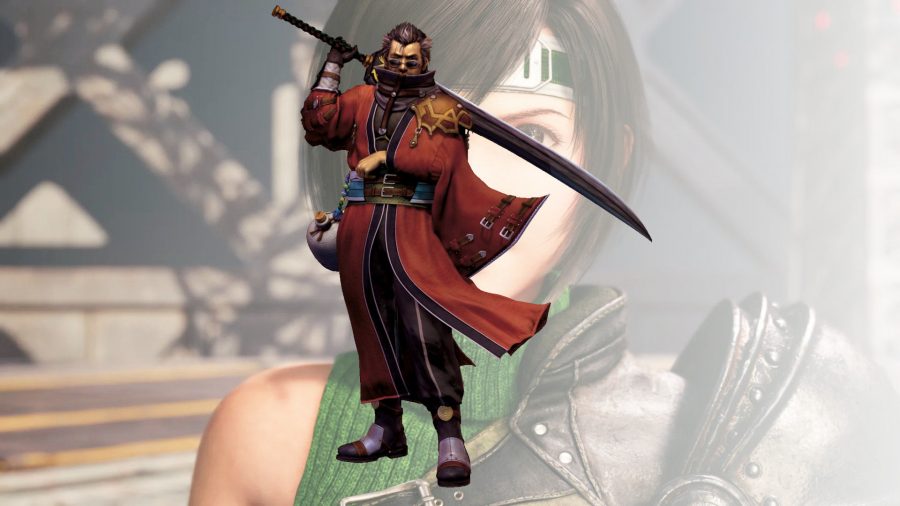 The fact that FFX’s Auron is a badass is enough to earn him a place on this list, but we can and will dive a little deeper into his disposition to explain why he’s one of the best Final fantasy characters you can come across. For starters, he looks the part with that huge sword on his back, but if you look past that and read into his backstory, you discover little tidbits that offer more depth to him as a character, and this helps to cement his spot on this list. 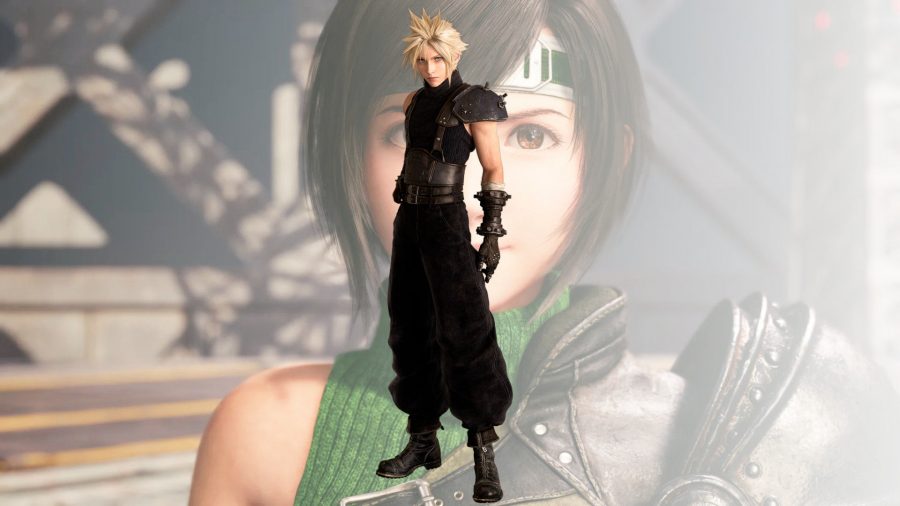 The main man of Final Fantasy VII is Cloud Strife, and it’s not too difficult to see why so many people love him. While Cloud can be awkward, deep inside, he cares a lot about those close to him, and when you combine that with his no-nonsense attitude and badass combat capabilities, you can’t help but love the guy. If you want to know even more about FFVII’s Cloud, just check out our guide. 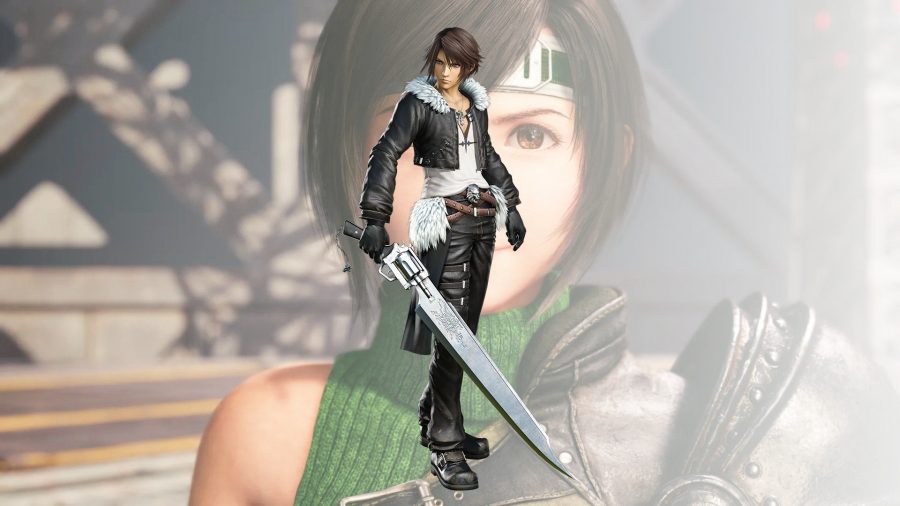 Squall is the protagonist of Final Fantasy VIII, and it’s fair to say that in terms of growth, he has the best story out of all the leading Final Fantasy characters. We admit, there’s a chance he might rub you the wrong way to begin with, but as time goes on, he grows on you, and as a person, he adapts into a respectable guy that cares about those around him. Truly, it’s a pleasure to watch this former loner blossom on his journey. 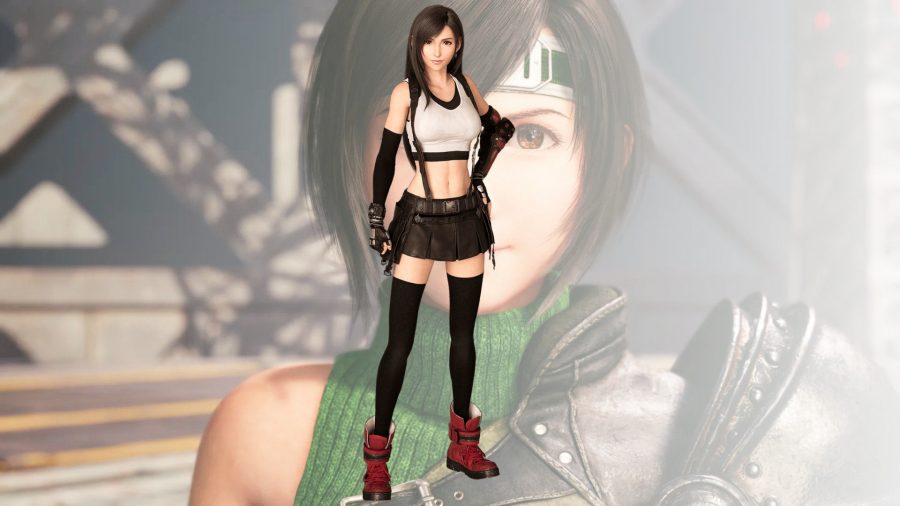 Tifa is a queen. We treat her as such, and so should you. There’s so much to like about this character, as not only does her personality ooze warmth, but she also kicks butt in combat, to the extent where we think she’s one of the best female characters in the history of gaming, but that’s a debate none of us has time for. Anyway, to learn more about FFVII’s Tifa, check out our guide. 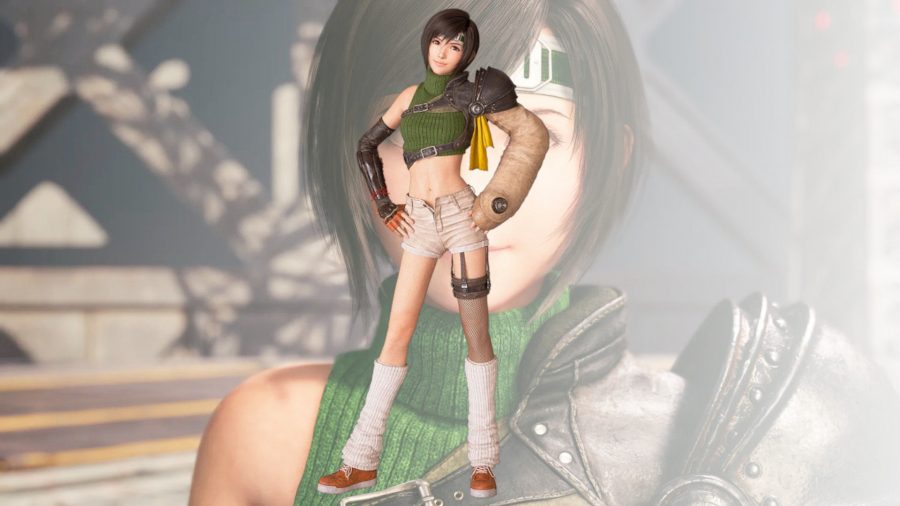 Yuffie is one of the most excitable characters in the entire FF franchise, and that only adds to her unique charm. She’s also somewhat patriotic, which is sweet to witness as she longs for her homeland to return to its former glory. Yuffie is certainly one of the more fun Final Fantasy characters, and while she’s an optional part member in the FF7 universe, we suggest you do all you can to add this sneaky teen to your team. 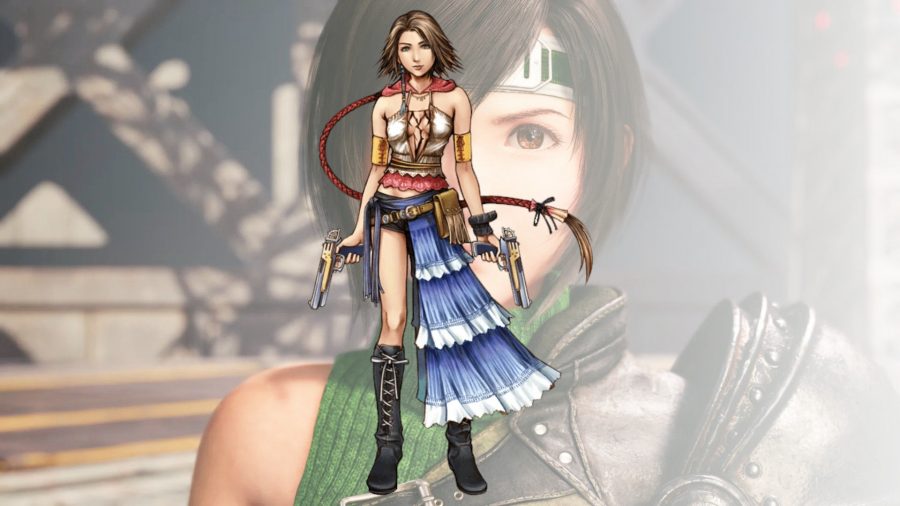 Yuna is by far and away one of the most empathetic characters in the franchise, and that’s especially true in Final Fantasy 10, which I admittedly don’t hold in high regard for a couple of reasons – blitzball and Tidus – but I can’t deny Yuna’s compassion, and her willingness to help others. She also happens to be somewhat similar to FFVII’s Aerith (who only didn’t get a place on this due to the number of characters from that game here already), as both embrace the same type of role within their respective titles. 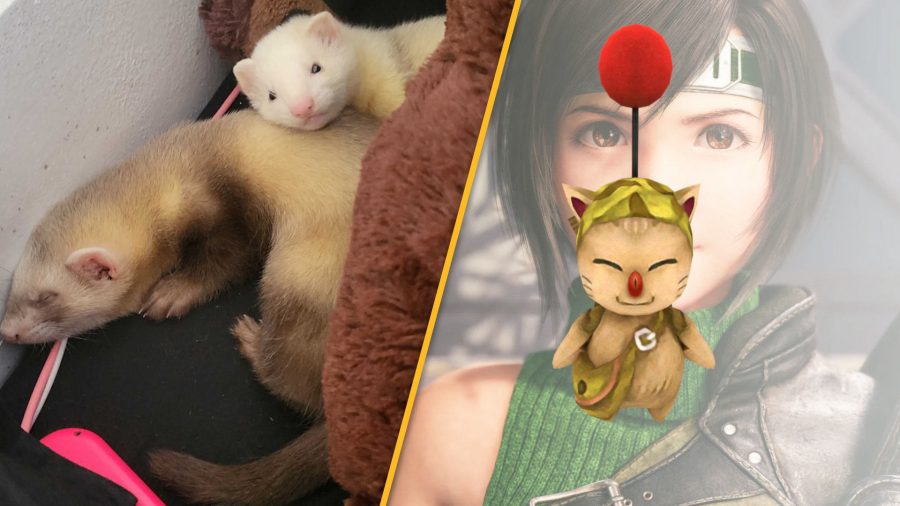 Yes, we have an entire entry for moogles, and why shouldn’t we? Who doesn’t love the various moogles you meet throughout the Final Fantasy franchise. In fact, our editor even has a lil fluffy ferret named after Stiltzkin. The adorableness of this little puffball is enough to make us put the species of his namesake on this list. 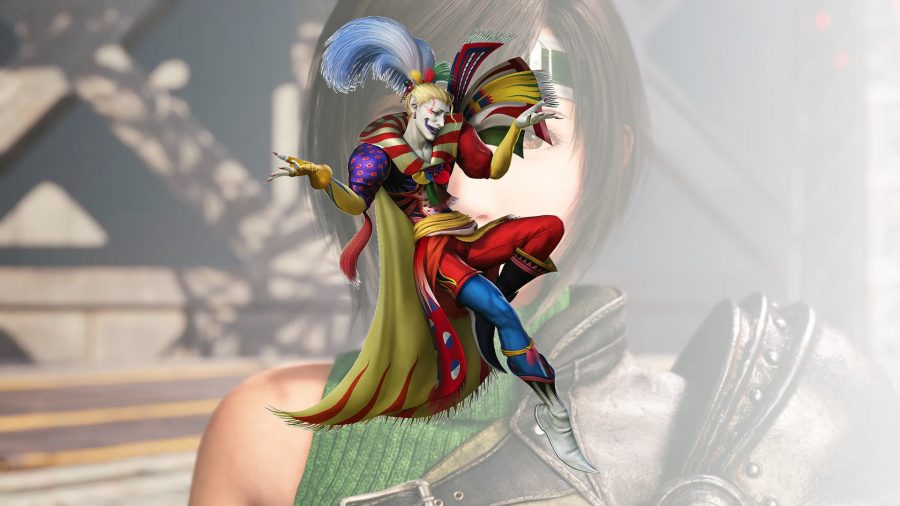 For similar reasons to Aerith, we didn’t give a spot to FFVII’s Sephiroth, who probably does deserve to be recognised as one of the best Final Fantasy characters, but if we put him and Aerith on this list, six out of ten entries would be from the FFVII universe, though this certainly speaks for itself. Still, we went in a different direction, Kefka Palazzo, the clown that can even give the Joker a run for his money when it comes to sanity and evil.

The design of Kefka is also pretty great, and he certainly gives off those main antagonist vibes that we love to see from Final Fantasy. He’s crazy, maniacal, extremely powerful, and deserves to be heralded as one of the best villains in FF.

There you have it, the best Final Fantasy characters, and we will say it once again, this list easily could have been comprised of just Final Fantasy VII characters, but we behaved ourselves and tried to give an even playing field. For more great games, visit our best mobile RPGs list.