No matter your age, there’s plenty on offer when it comes to educating yourself through games. From classic brain training to interactive games that create an experience that doesn’t even feel like learning, our guide to the best educational games on Nintendo Switch, iOS, and Android is full of titles that will get those brain cogs churning.

Although unsurprisingly, a lot of the games on our list are geared toward a younger audience, with gaming now a much bigger part of the traditional educational system than ever before. Whether it’s learning how to code your very own game with titles like Super Mario Maker 2 or learning about the human anatomy in a fun-filled way with BodyQuest, it’s not only the core learning subjects that the world of educational games has tapped into.

So, if you’re looking for a game that will boggle the mind and test out your brain strength in a bunch of different ways, then this list is for you. If you’re looking to take a break after, we’ve got a guide to the best Nintendo Switch games of all time as well as the best mobile games to enjoy on iOS and Android.

For now, let’s get smart! 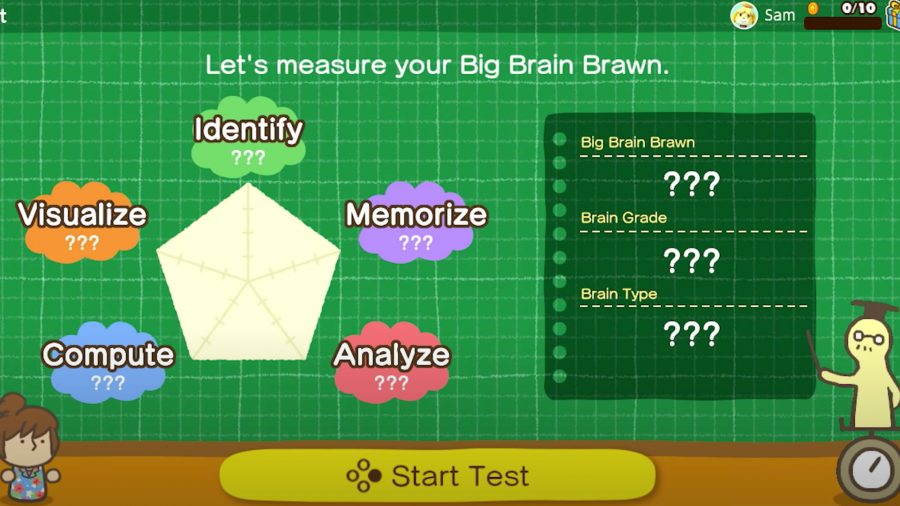 First up, Big Brain Academy from Nintendo has been in the world of learning games since 2005 and after 14 years, in 2021, Nintendo brought out the follow-up, Big Brain Academy: Brain vs. Brain. Taking advantage of everything the Nintendo Switch has to offer, you can compete against family and friends, no matter the age.

The game is focused on testing five core areas of the brain’s functions; identify, memorise, analyse, compute, and visualise through a series of fast-paced games. You can practise solo or battle it out in local multiplayer with either touchscreen play or by using the Joy-Con controllers. Our Big Brain Academy: Brain vs. Brain will let you know more. 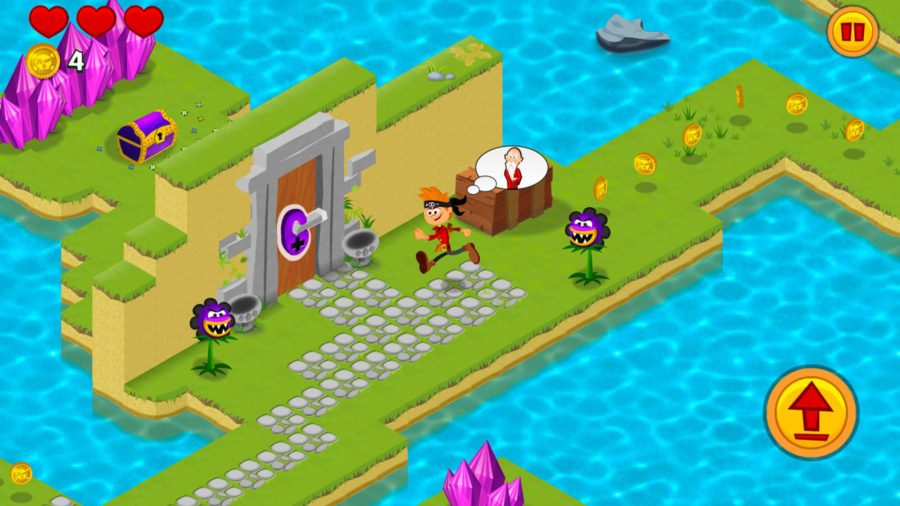 MathLand is another game that tests both children and adults alike, because you’re never too old to test out your maths skills. You take on the role of Ray, a pirate on a desert island, who’s looking to regain the sacred gems that have been scattered across the island by evil pirate, Max.

MathLand puts players to the test with over 25 levels of addition, subtraction, multiplication, and division to make sure you avoid a whole bunch of obstacles from quicksand to exploding volcanoes. Developers Didactoons and Artax Games say, “it is not just a math app – it’s a real educational adventure.” 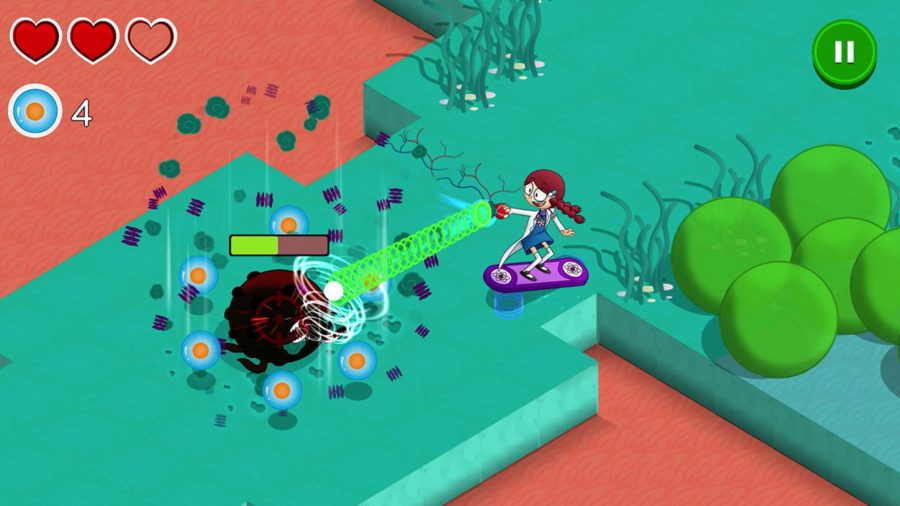 From the same developers as MathLand comes BodyQuest and this time it’s all about playing through a game while learning about human anatomy. Targeted more toward a younger audience, it’s all about gamifying the science behind the human body in a fun adventure that will encourage children to learn.

You’re on a hoverboard navigating your way through the human body, taking part in quizzes, shooting down viruses, and ultimately curing a sick child while unlocking brand-new characters and customisation. Designed for six to 12-year-olds, BodyQuest has three different difficulty levels appealing to different age groups meaning you can progress in BodyQuest as you grow. 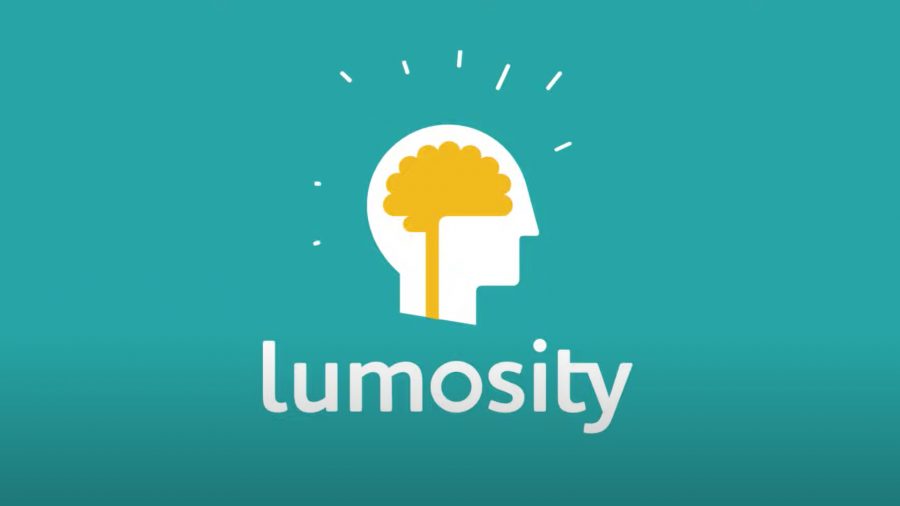 Lumosity is a brain training app that adapts depending on your unique strengths and weaknesses. There are a bunch of different areas you can train up by completing easy-to-learn brain games and this app for iOS and Android has been running for 14 years boasting over 100 million members, so it must be doing something right.

While the app itself is free, there are in-app purchases as well as Lumosity Premium if you’re looking for a more personalised training program. There are over 40 different games to play testing speed, memory, attention, flexibility, and problem-solving. 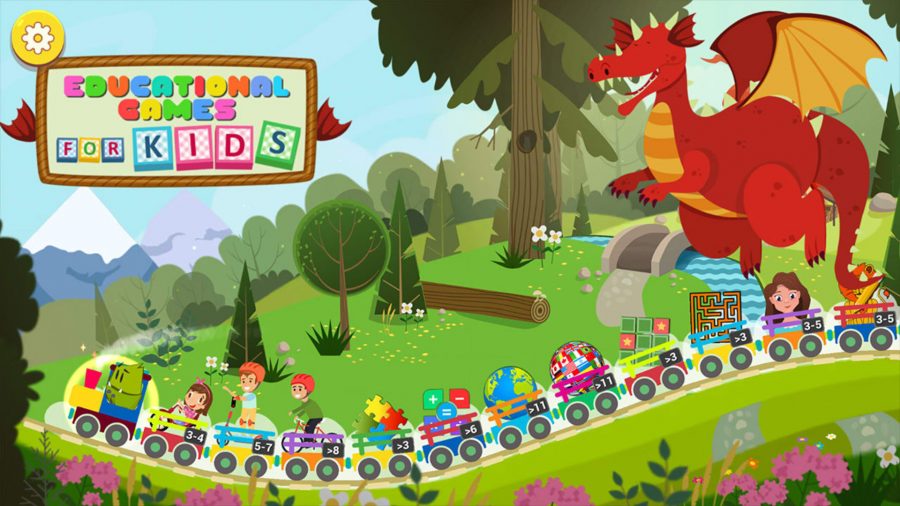 From ages three to 18, Educational Games for Kids is exactly that. This pack on the Nintendo Switch is jam-packed with safe ways for children to learn through gaming and to educate in a selection of ways from logic to memory to maths to knowledge, to name but a few.

While there are 21 different games, these come with 51 variations meaning they’re adapted to age and skill level and can offer different difficulty levels that are most suitable. It also keeps a track of the child’s performance metrics, meaning parents can keep tabs on how their child is doing. 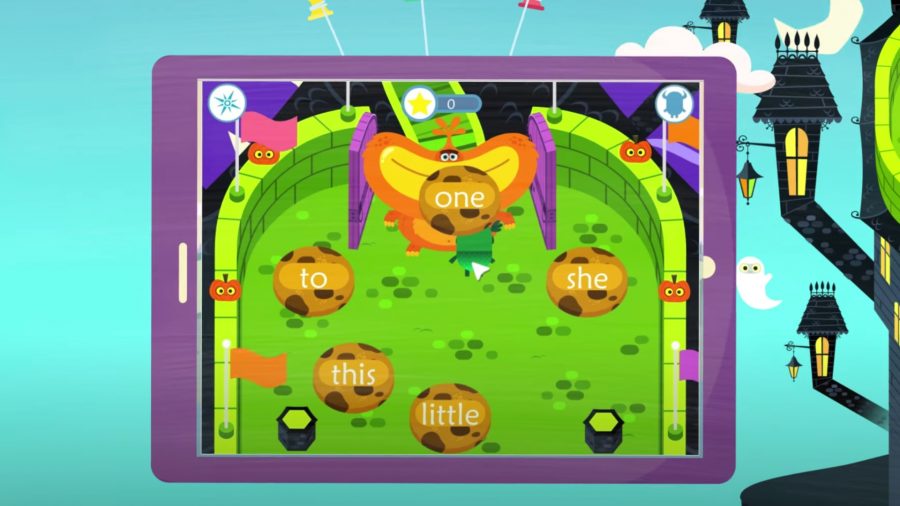 Teach Your Monster to Read – Mobile

Another one for iOS and Android is the phonics and reading game, Teach Your Monster to Read. Covering everything from letters and sounds to full reading sentences, there are three stages to the app that covers two whole years of the reading journey.

From first steps, to fun with words, to champion reader, Teach Your Monster to Read lets you create a monster to take on an adventure through a magical world that will eventually help kids read with ease and speed. 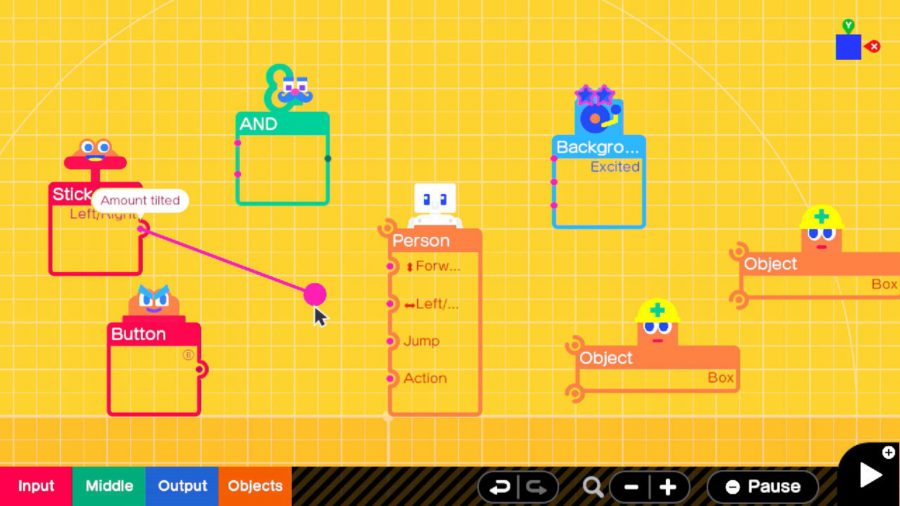 When it comes to education these days, there’s a real drive toward STEM (science, technology, engineering, and maths) that apply to a range of modern working environments. So, Nintendo Switch’s Game Builder Garage is a great starting point for anyone looking to get into game design and visual programming.

By turning the learning experience of making a game into a game itself, Game Builder Garage provides step-by-step lessons that can turn players into game makers. From interactive lessons to build your knowledge, to free programming that opens up the world of game creation on Switch, there’s a lot on offer from Game Builder Garage. 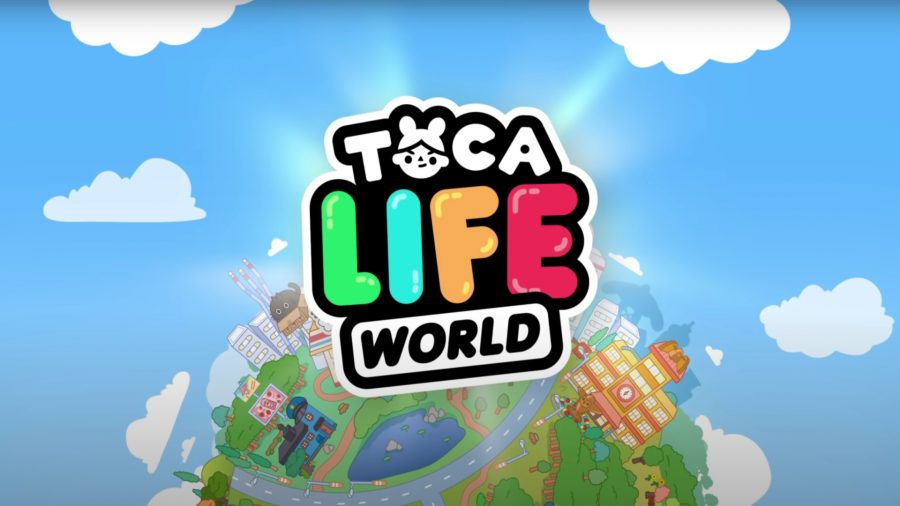 Toca Boca is a play studio that is focused on creating educational play for children everywhere. Toca Life World, for instance, is all about creating worlds and building stories. This game is all about helping kids to expand their creativity, and let their imaginations run wild, all while learning about the world. Toca Boca has other apps like kitchen and hair salon, vacation, school, neighbourhood, city, and pet doctor. 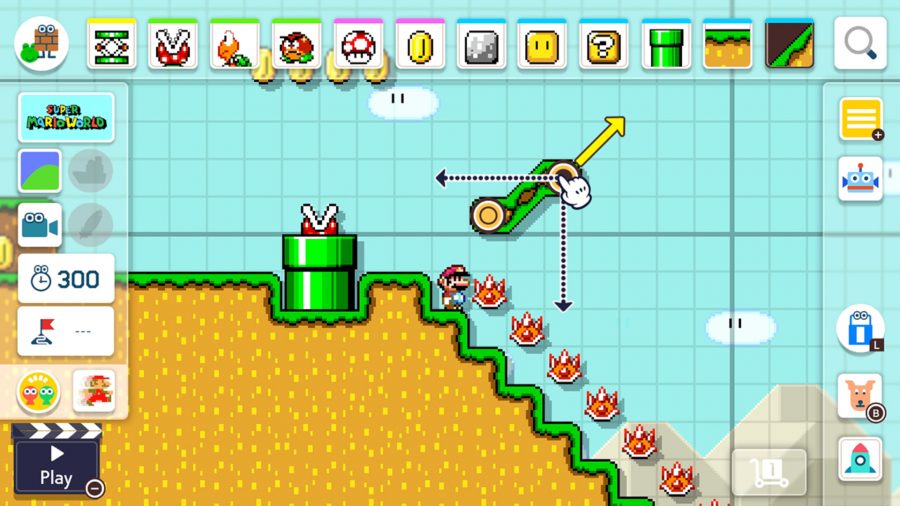 Another game like Game Builder Garage is Super Mario Maker 2. Of course, as the name suggests, this one’s focused on everyone’s favourite plumber, Super Mario, and creating side-scrolling worlds full of mysterious tunnels, troublesome plants, and an abundance of coins to collect.

Also in the realm of expanding imagination, Super Mario Maker 2 teaches kids how to build their own worlds and figure out if they have a passion for creating games. 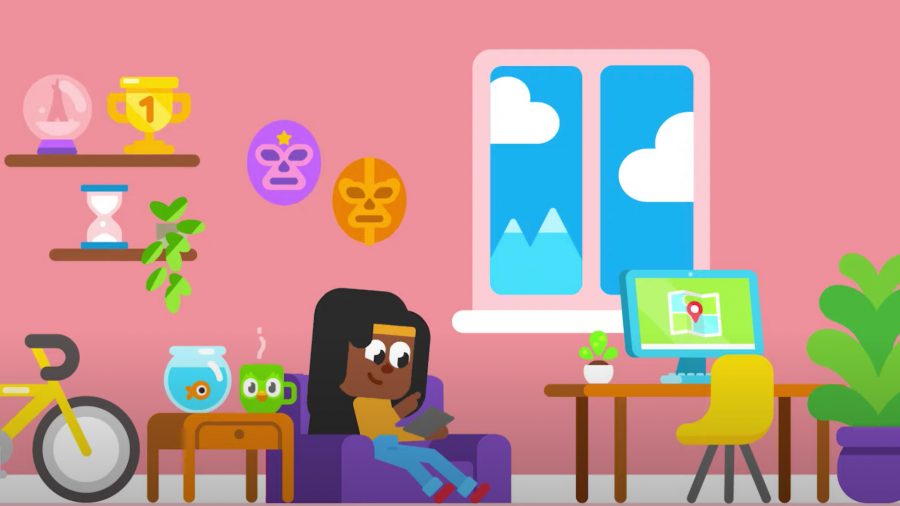 So, it should come as no surprise that Duolingo earns itself a spot on our list of the best educational games. Unfortunately, it’s not on Switch but you can follow Duo the green owl on your own language learning journey on mobile.

That’s it for our list of the best educational games on mobile and Switch. For even more fun games, take a look at our lists of the retro games and best Final Fantasy games on Switch and mobile.