Being an anime fan is both joyous and horrendous in equal measure. There are so many franchises to enjoy, many of which branch out to games and manga, too, on top of hundreds upon hundreds of episodes. Yet, that’s also what makes it torturous. There’s so much to watch that you’ll likely never get through it all, and for the ones you do stay on top of, the wait for a new season is excruciating.

However, there’s hope, for many anime shows have several games based on them, which can keep you occupied while you await the new season, or to revisit the glory days if your favourite anime has had its day. So, this begs the question, what are the best anime games on Nintendo Switch and mobile? If we’re honest, there are so many that we can’t list them all, but the ones here are a real treat.

Should anime not be your jam, but you have a soft spot for survival horror, our list of the best Resident Evil games on Switch is a good read. Or, if you prefer sunshine and rainbows, our picks for the best Disney games are delightful. We also have a list of games like The Witcher 3 if you’re after a fantastical adventure.

Without further ado, here are our picks for the best anime games on Switch and mobile. 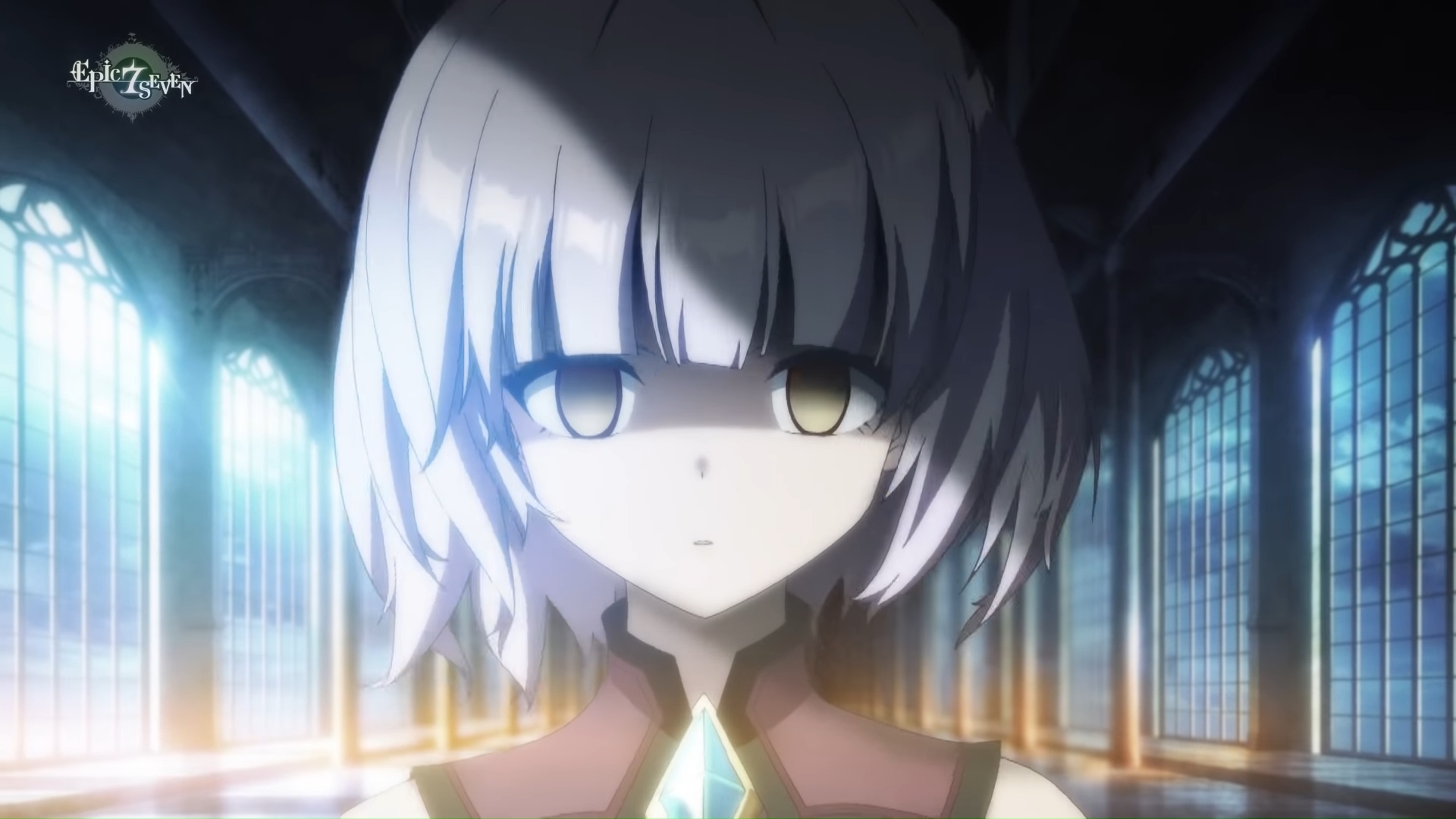 As anime games go, this is one of the best. Describing itself as “The Playable Animation” Epic Seven goes to lengths to make you feel as if you are genuinely a part of an unfolding anime. While there isn’t actually an Epic Seven anime, you still get animated cutscenes which are absolutely fantastic.

As a free-to-play gacha game, you unlock a selection of heroes who you then take through a series of turn-based RPG battles. Each of these heroes feels like a clear, distinctive character, and since your team will be built up at random through the gacha mechanics, you won’t necessarily be working with the same characters as other players, which only helps to make your journey feel more unique, and your bond with the characters feel even stronger. 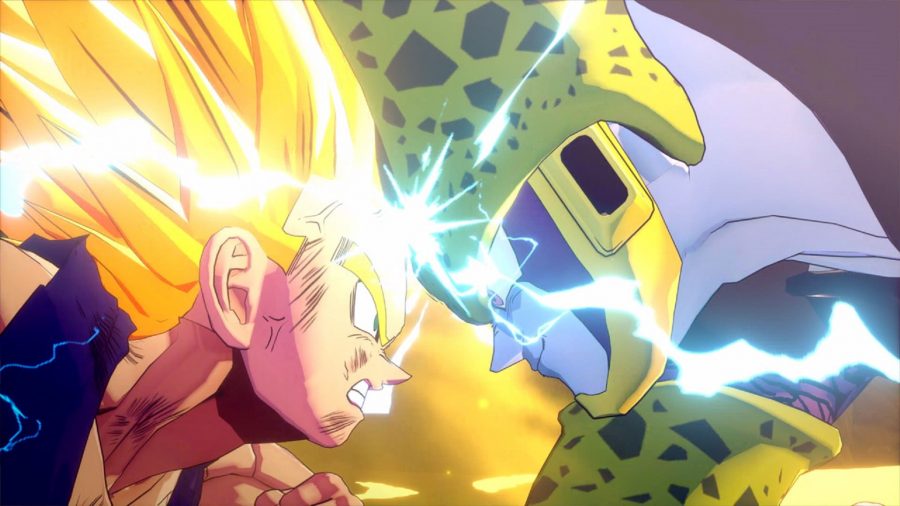 I’m putting this here because I want to, not because I feel other members of the PT crew would form a lynch mob if I didn’t. This is by far one of the best Dragon Ball Z games out there, and it runs so smoothly on Switch, which comes as a nice surprise. As you might expect, this semi open-world RPG puts you in the shoes of Goku and co, tasking you with reenacting the anime, across all of its sagas which includes the Freiza, Cell, and Buu collections.

If you want to know more about this great game, you can check out our Dragon Ball: Z Kakarot Switch review here. 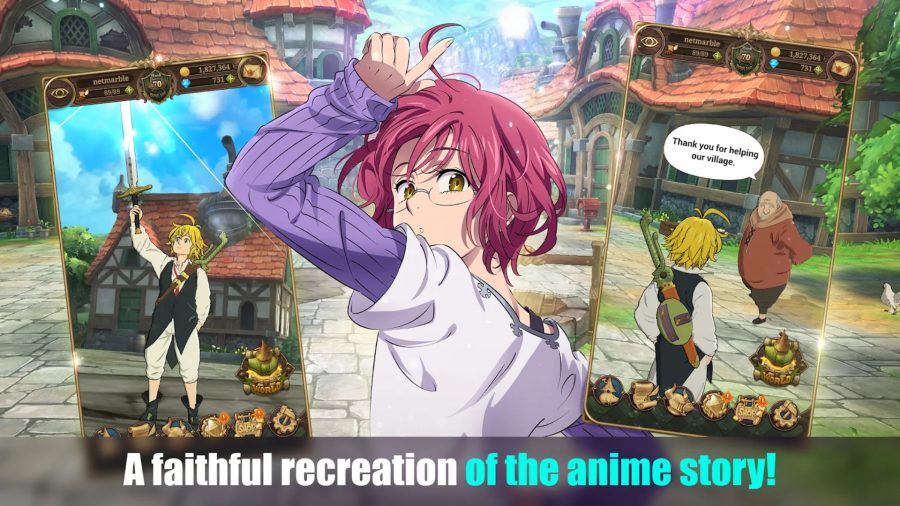 If we’re talking about the best anime games on mobile, we have to mention The Seven Deadly Sins: Grand Cross. Even if you’ve never watched Seven Deadly Sins, this game is worth trying purely because it’s an excellent turn-based RPG that offers dynamic combat that’s great to watch. It also has some PvP elements for those with a competitive edge that want to prove their dominance.

However, if you’re a fan of the anime, the narrative is sure to grip you as the show heavily inspires the story, and the world around you is so beautiful that even if you don’t know what’s going on, you’ll be in awe. 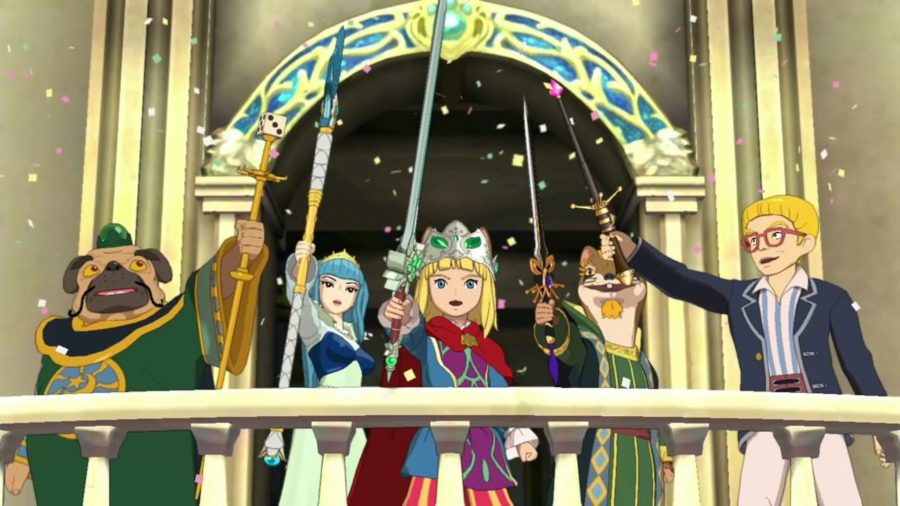 Ni No Kuni II is a great RPG set in a luscious world that’s begging to be explored. You can find many towns, dungeons, and villages on your travels, and who knows what dangerous beings could lurk around the next corner. If you haven’t played the first game, not to worry as this one is set hundreds of years later, and not playing the first won’t leave you too confused to enjoy what’s going on.

The battle system in Revenant Kingdom is fun, allowing you to command all of your party members when roaming the battlefield. Should you be after more information, our Ni No Kuni II review will tell you everything you need to know. 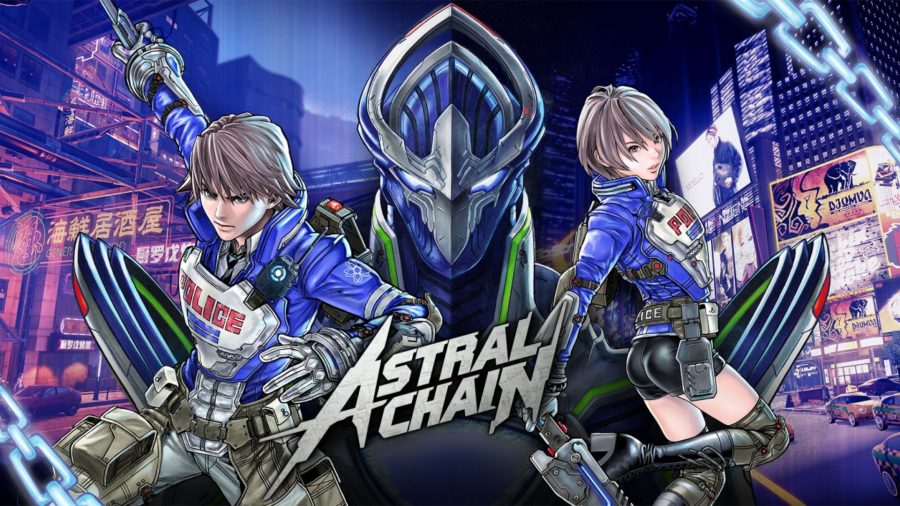 The fact this isn’t on our list for the best games like Dark Souls is outrageous, but since I wrote that list, I’m willing to let this slide. Anyway, that’s the perfect way to describe this game. It’s essentially an anime version of Dark Souls for Nintendo Switch. I can’t recommend Astral Chain enough, especially if you’re after smooth, challenging, and rewarding combat. More than that, the lore found in this world is fascinating, and the narrative is intriguing. 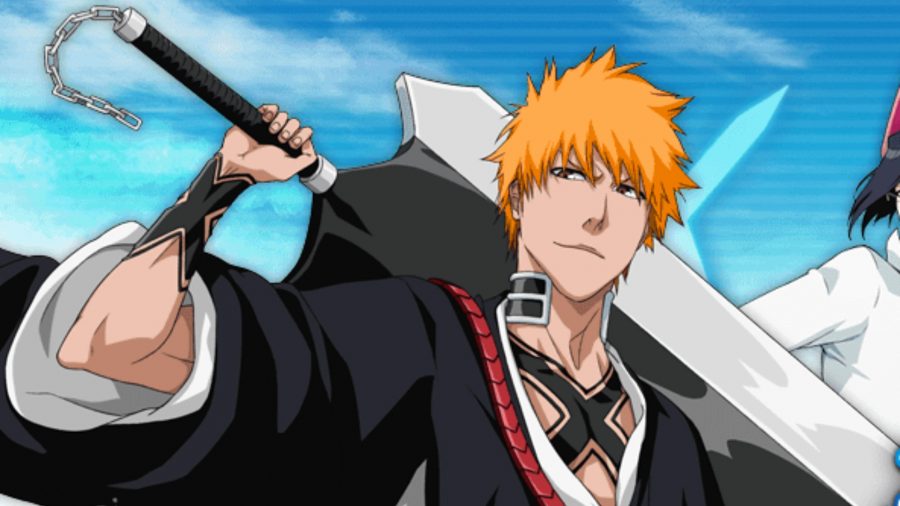 Was there any doubt that Bleach would show up somewhere? Bleach: Brave Souls is a superb mobile game, one that allows you to use all of your favourite characters from the anime. This 3D game features hack ‘n slash combat that’s easy to enjoy as you experience the story from the show, manga, and novels.

To discover which characters to take with you on the journey, check out our Bleach: Brave Souls tier list. Furthermore, it features 3v3 PvP battles, allowing you to team up with friends to take on other players from around the world. 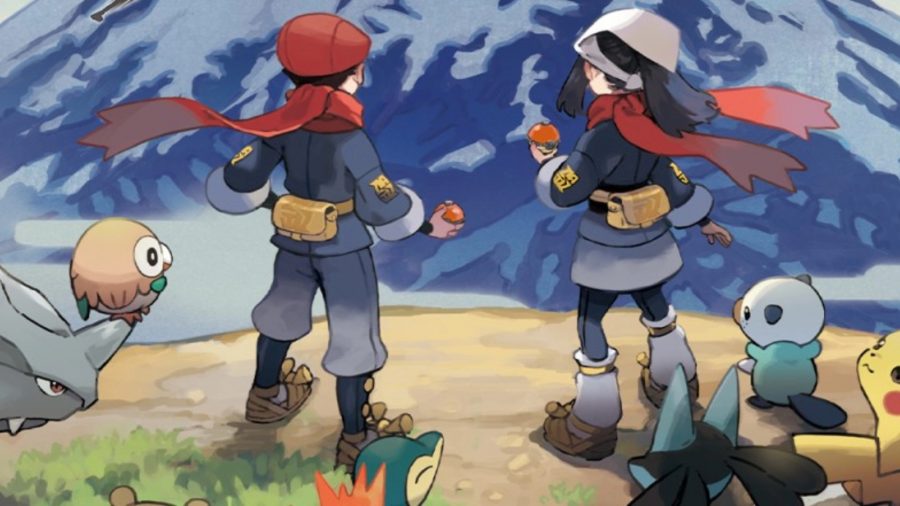 Pokémon Legends: Arceus is arguably one of the best ‘mon games ever, and this isn’t up for debate. The open-world is a pleasure to explore (even if there could be more going on), and of course, the amazing creatures found within make the experience all the more worth it. Furthermore, it’s not your typical Pokemon game. It changes how you approach battles, and how you catch the titular ‘mon. 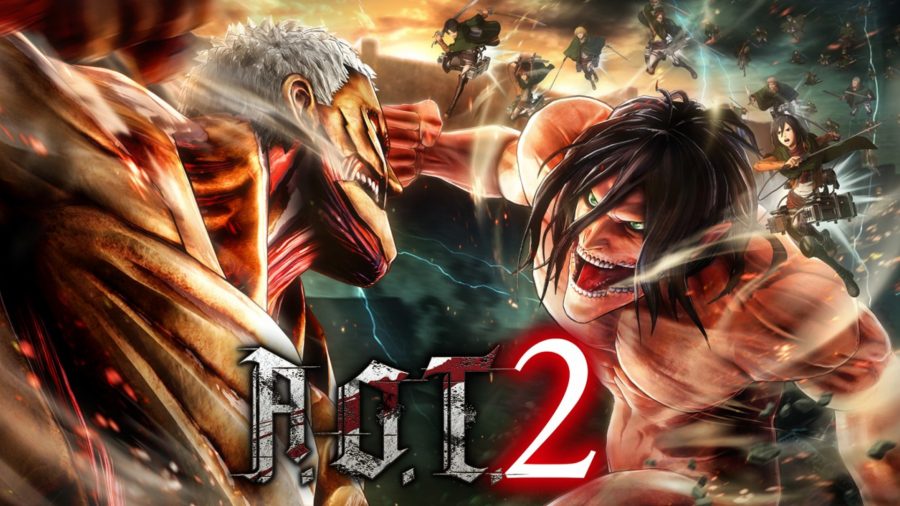 The first Attack on Titan game is good, it allows you to go through the first 50 chapters of the manga, and that alone means it’s worth playing. Whether you’ve read the paperbacks, or watched the anime, the games are so good, but Attack on Titan 2 is the one you should play. Why, you might ask? Simple, because you can create your own character, which does offer something different, who doesn’t want to create a virtual version of themselves to fight titans with? 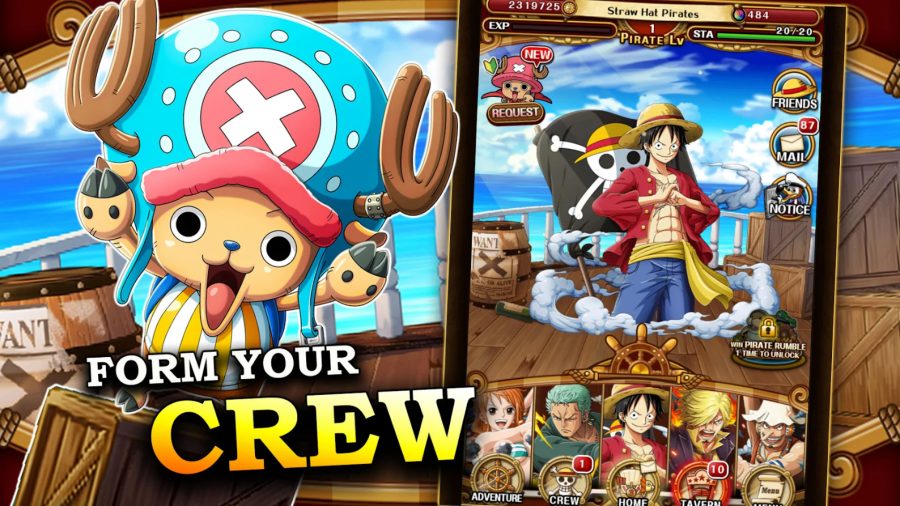 A turn-based RPG that takes place in the One Piece universe? Sign me up! Who doesn’t want to be a pirate – yo ho, yo ho, that’s the life for me. This mobile game is fantastic, and deserves the attention of any and all One Piece fans. Seriously, there’s no excuse not to play, especially when it’s on mobile and is but a free download away. Go on, do it. You’re only doing a disservice to yourself if you don’t. 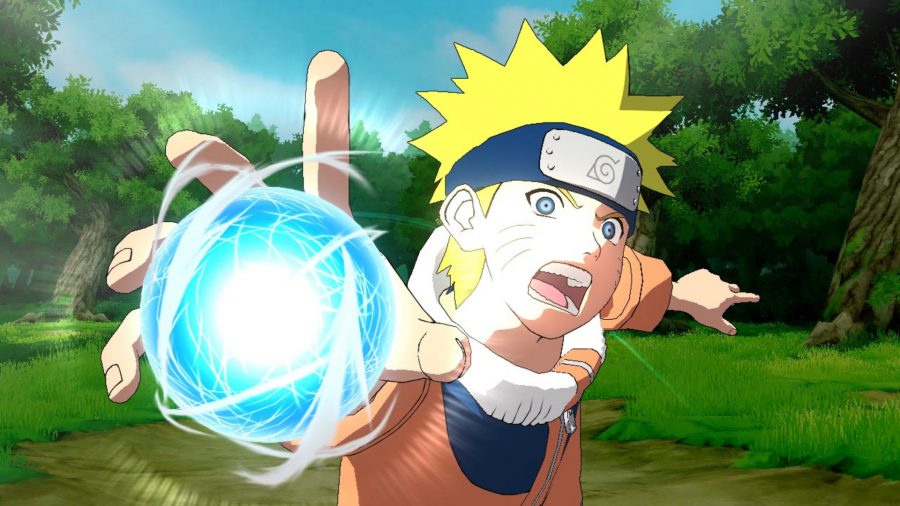 Why play just one Naruto fighting game when you could play three? Plus, the Storm trilogy is arguably one of the best fighting series out there. It offers something different to the three franchises you automatically think of when talking about fighters – Tekken, Street Fight, and Mortal Kombat.

The Naruto: Ultimate Ninja Storm Trilogy takes you on a journey, from Naruto’s time as a kid, to the role he plays in the great ninja war. 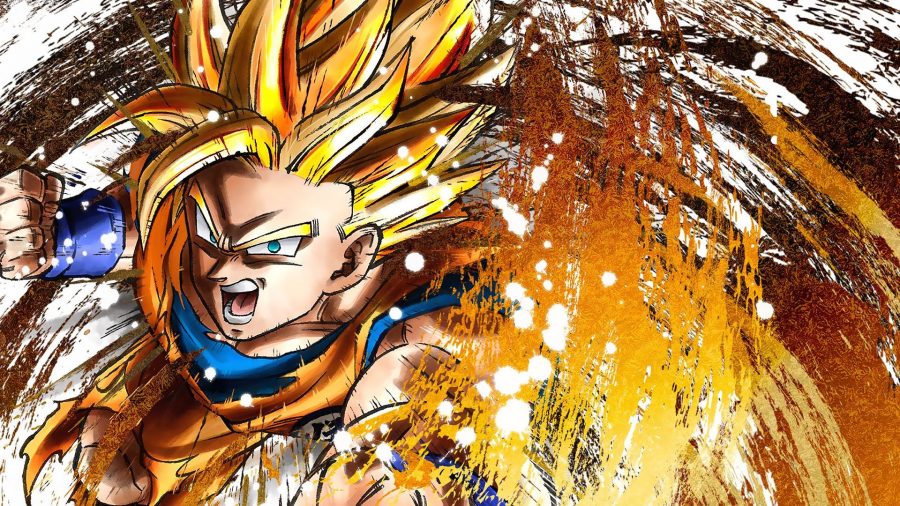 I was trying to keep this to one entry per anime for each platform, but seeing how FighterZ is a fighter and Kakarot isn’t, I think I can get away with this one. This game is so much fun, and is another fighting game that surpasses most other games in the genre. It’s so well designed. The combat is fantastic, the roster is massive, and the story mode is enjoyable. Everything you want from a fighter and Dragon Ball Z is right here.

If you want to know who the best characters are, check out our Dragon Ball FighterZ tier list to see where they rank. 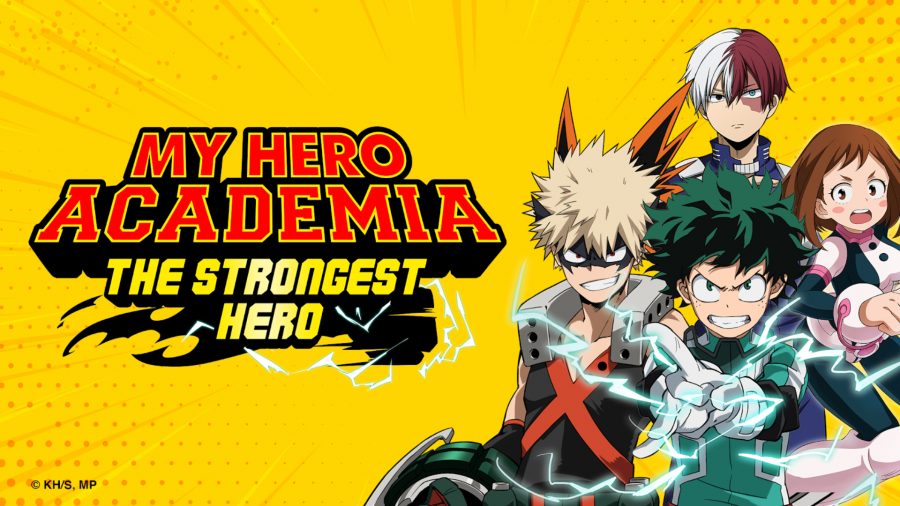 Do you have any idea how difficult it was to pick just one My Hero Academia game? Do you? Well, let me tell you, it was more difficult than deciding what takeaway to have on a Friday night, and that’s serious business. Anyway, MHA: The Strongest Hero is one of the best action RPGs on mobile, and I would be doing the franchise a disservice if I didn’t mention it here.

You get to control all of your favourite characters from the series as you explore the open world of Honei. Train to become a hero, fight some bad guys, save the city. It’s all going on here. Oh, and the game looks gorgeous. I can guarantee that ‘oh, just one more mission’ will happen a lot.

There you have it, the best anime games on Switch and mobile. Be a pirate, hero, or trainer, the world is your oyster with these titles. Or, if you’d rather try something else, our list of the best Switch RPGs has plenty of adventures to offer you.