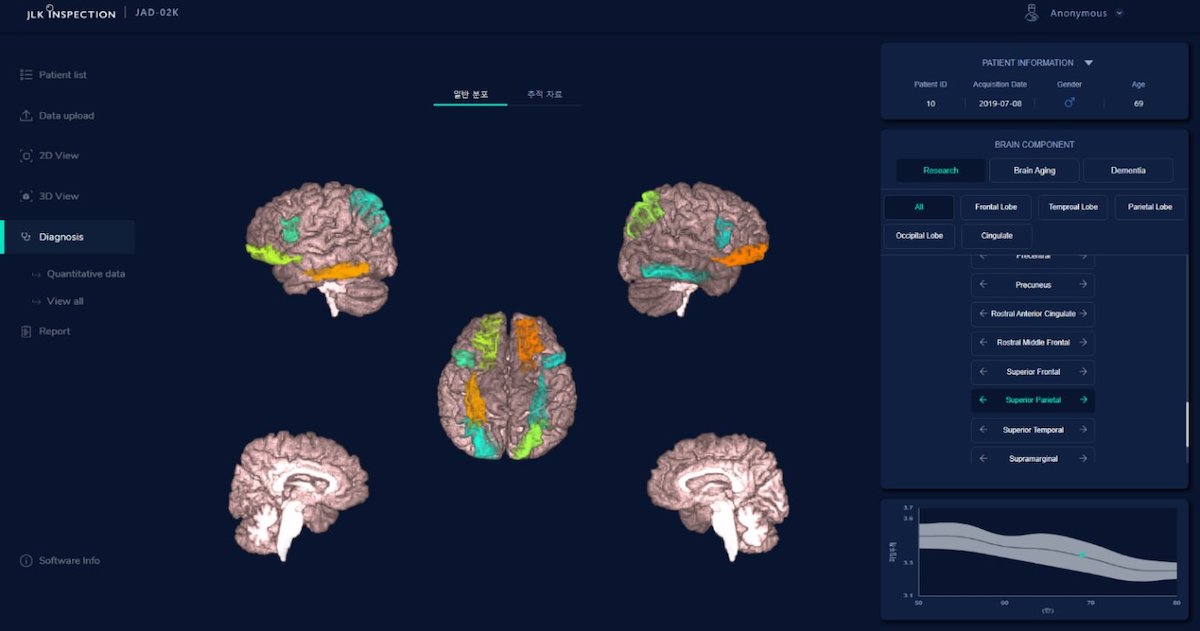 Founded in 2014, the startup offers a range of image analysis tools under its Medihub platform, which supports the diagnosis of neurological and cancer diseases. It also operates other AI-powered platforms for telehealth, medical genomics, and data management, which all connect to one cloud system.

JLK’s Atroscan uses AI to classify and divide a 3D brain MRI image into 62 regions and measure the thickness of the brain’s cortex and degree of brain atrophy. These results indicate a patient’s level of brain ageing, which the software can also compare to the average of their same age group. Its other functionalities include personalised reports and tracking analysis and management.

With its recent clearance, JLK continues its expansion in Thailand with a focus on offering its AI solutions for brain and lung diseases, which frequently occur among the senior population. Thailand has a rapidly ageing population with the number of its elderly aged 65 and above accounting for about 13.5% of its total population last year.

Last year, the company obtained the same license from FDA Thailand for JViewer-X, a lung disease analysis solution, and another in May this year for its stroke analysis solution Medihub Brain Aneurysm JBA-01K.

“We will accelerate our entry into the Thai market – the leading medical market in Southeast Asia – through the [FDA’s] approval of Atroscan, which can be used for the analysis of degenerative brain diseases like dementia,” said JLK CEO Dongmin Kim.

In other dementia-related news, Fujifilm has come up with a new AI tool that can predict Alzheimer’s disease progression among patients with mild cognitive impairment.