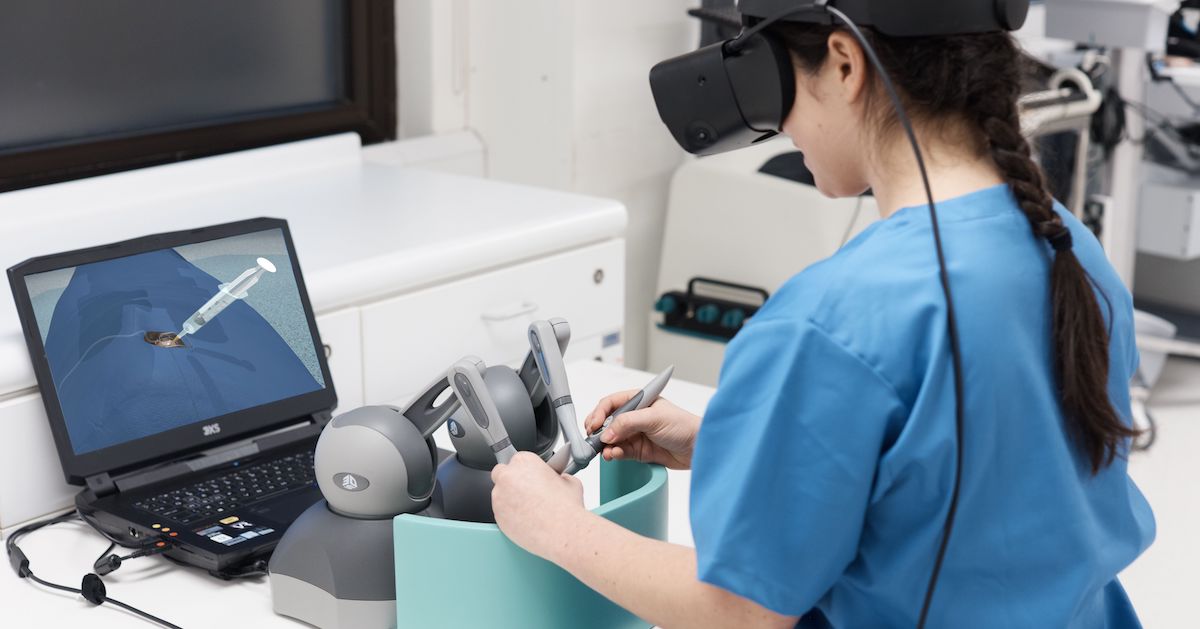 The round was led by EQT Life Sciences and joined by previous investor Downing Ventures.

FundamentalVR most recently closed a $5 million Series A in 2019. The latest raise brings the startup’s total funding to more than $30 million.

The company’s Fundamental Surgery program allows surgeons and trainees to practice procedures in a virtual reality environment. Its tools include HapticVR, a modality that uses handheld devices or gloves to produce physical feedback, as well as a group learning feature and a home system that can be used on standalone VR headsets.

FundamentalVR said the Series B investment will be used to continue developing HapticVR and its machine learning data analytics product as well as enable geographic expansion in the U.S.

“Our platform can conduct a walkthrough of a procedure through to a full operation, facilitating surgical skills transfer – which is why we have been enthusiastically embraced throughout the medical industry, from med-device manufacturers to pharmaceuticals,” CEO and cofounder Richard Vincent said in a statement. “Our immersive environments transform surgical skills acquisition in a scalable, low-cost, multiuser way. We are excited to scale our vision of creating a medical education environment unhindered by borders.”

Japanese company Jolly Good is another player in the space. It’s been expanding into other uses for the modality, including studying VR therapy for chronic pain. Earlier this year, Jolly Good signed a more than $40 million deal with Otsuka Pharmaceutical to expand the use of social-skill training VR in treating mental health conditions in Japan.

AppliedVR is also using VR for improving pain conditions. Late last year, it raised $36 million in Series B funding and received FDA De Novo clearance to use its system to treat chronic lower back pain.

XRHealth, which also touts its VR tools for pain and behavioral health conditions, announced it had scooped up $10 million in funding earlier this year.