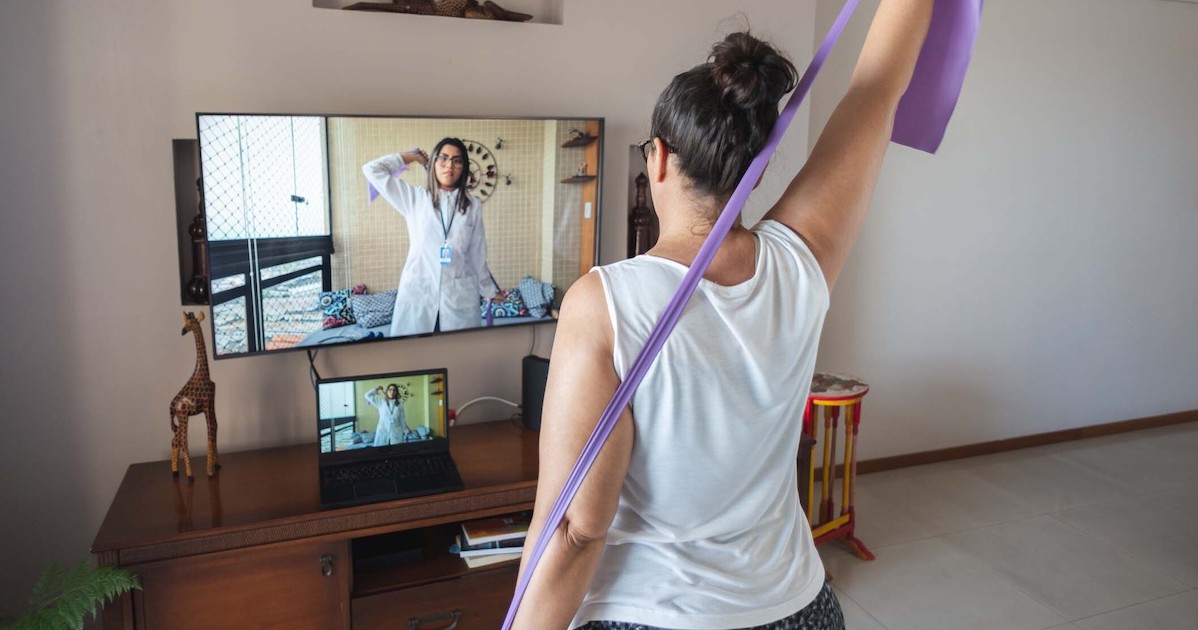 A digital musculoskeletal care program improved chronic shoulder pain and function, according to a study published in the Journal of Pain Research.

“This study supports the utility of telerehabilitation – namely of digital care programs – in the management of shoulder conditions, showing results which are comparable to those reported for in-person care,” the authors wrote.

Researchers found a 51.6% reduction in QuickDASH scores, a survey on levels of disability, after 12 weeks of the digital MSK care program.

They also noted improvements in secondary measures, including a 54.8% reduction in pain, a 55.5% decrease in surgery intent, a 37.7% reduction in fear-avoidance beliefs, a 66.5% decrease in work productivity loss, a 50.3% decline in anxiety and a 63.6% reduction in depression. Of those who used analgesics for pain relief at the beginning of the study, 44.1% had stopped consuming them by the end of the program.

The researchers also noted that older users were more likely to stick with the program, compared with younger participants.

“This study reported several interesting findings, the most striking aspect is completers being older than non-completers, and with a much greater proportion of patients above 60 years old. Also, highly engaged patients were older,” they wrote.

“These two facts challenge the notion of lower adoption of digital health by an older population. As expected, early completers corresponded to a less disabled population.”

HOW IT WAS DONE

The study included 296 patients who began the digital MSK program, with 234 completing the intervention. The program included home-based education and exercises that were guided by an app on a tablet and measured through motion sensors. A physical therapist monitored remotely and asynchronously, chatting or calling the participants at least once a week. They also had monthly video calls.

Participants were asked to do exercises at least three times per week for 12 weeks, though they could be discharged earlier if a physical therapist determined it was appropriate.

Researchers assessed success based on the Quick Disabilities of the Arm, Shoulder and Hand (QuickDASH) questionnaire, the Numeric Pain Rating Scale, analgesic consumption, intention to undergo surgery, the GAD-7 survey for anxiety, the PHQ-9 survey for depression, the Fear-Avoidance Beliefs Questionnaire and the Work Productivity and Activity Impairment Questionnaire.

But SWORD isn’t alone in the space. Others include Kaia Health, RecoveryOne, SpineZone, DarioHealth and Hinge Health. Hinge, which also raised its own hefty funding rounds last year, recently released results from a study evaluating the longer-term effects of its program on pain.

Researchers said some of the benefits of the study included its larger sample size and geographically diverse population, as participants came from 43 different states. However, there was no control group or long-term follow-up.

For future research they recommend randomized controlled trials that compare digital programs to one another or to in-person therapy, ideally with a longer follow-up period.