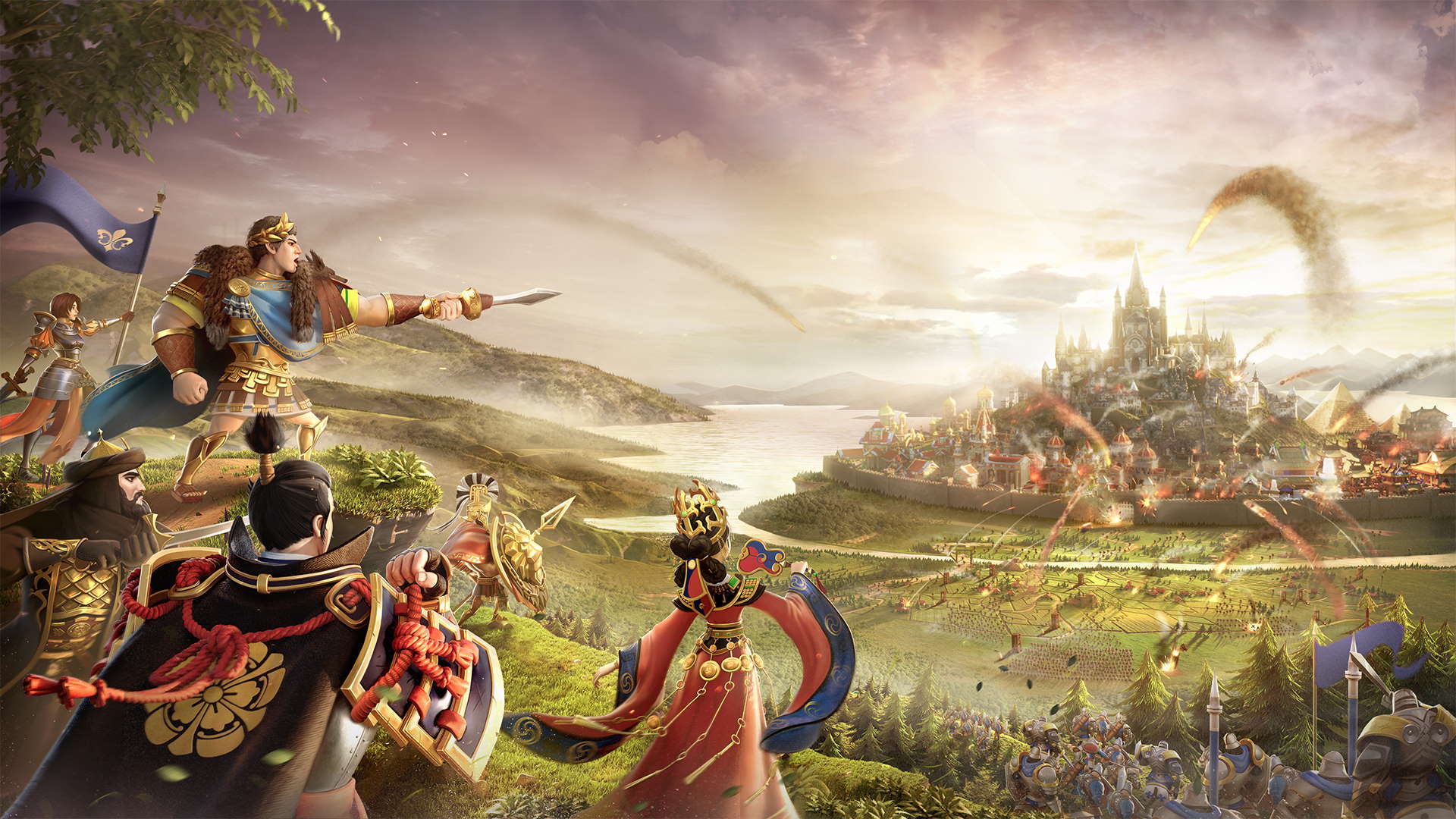 History buffs and strategy fans listen up! An epic new cross-platform 4X strategy game is coming to mobile and PC, following a hugely successful launch in its homeland of China. Era of Conquest brings together original characters inspired by legendary heroes and villains from throughout history in explosive battles that put you, the player, at the centre of the action.

In Era of Conquest, you can build and rule an empire as an all-powerful warlord, controlling formidable armies from throughout history. Wipe away the fog of war as you explore a vast overworld called Terra and do battle in locations based on iconic cities from Europe, Asia, and Africa. Summon historical legends to join you on the battlefield as you help fallen lords regain their former glory in an original story full of mystery and intrigue.

Choose from a diverse range of civilizations including the powers of Britain, Germany, France, Rome, Japan, China, and more. Each region comes with its own unique aesthetic and playstyle, as well as heroes inspired by historical figures like Julius Caesar, Oda Nobunaga, Joan of Arc, Boudica, and more. Follow in the footsteps of these legendary leaders or forge your own path in an open-ended storyline complete with side-quests and alternative story arcs to explore.

As you build your empire, you’ll be able to recruit a variety of heroes with their own unique personalities and skill sets to help you conquer more territories and form strong alliances. Gather resources and build up settlements as you journey throughout the game’s huge overworld and choose how to progress and upgrade your armies as you go.

Taking place on one of the largest maps we’ve seen in a mobile strategy game, you won’t grow tired of exploring Terra in a hurry. Measuring 120 x 120 kilometres, the map is simply enormous, with tonnes of secrets to discover. Once you get into a battle, admire the epic scenes that unfold as up to 6,000 troops fight on screen.

Although there is a huge wealth of features and playstyles to explore, Era of Conquest is also welcoming to casual gamers or players new to strategy games. Simplified gameplay modes are available to ease you into your campaign of conquest, and mobile players can even play the game one-handed!

True gamers will be pleased to hear that the game is purely skill-based, and has no pay-to-win elements offering a shortcut to success. To succeed in Era of Conquest, players must be skilled and cunning, using all the tools in their arsenal to achieve victory. If you’ve established yourself as a solo conqueror, you can also take the fight online, facing players from all over the world.

In addition to these epic features, the game looks fantastic. Developed with the latest version of the Unity engine, Era of Conquest’s animation-inspired art style sparkles with realistic light and shadow effects, a day-night cycle, and dynamic weather conditions, giving each battle its own unique atmosphere.

Developed by rising studio 4399, the game has already topped the Apple App Store chart in its home country of mainland China, and is now seeking to win over strategy fans in the West. The game can be played almost anywhere, with global servers and gameplay supported in 19 languages. You can also carry your game over from mobile to PC and other platforms if you choose to do so, making playing anywhere easy and convenient.

Want to get started in Era of Conquest straight away? Well, we have great news for you. The Era of Conquest Early Bird server is now open for pre-registration! Available on the Google Play Store and Windows, the server will go live on July 14, at 8am EST. Game data will be saved and any purchases made will carry over into the full game after the official launch, so this is the perfect chance to get ahead of the game.

To keep up with the latest Era of Conquest updates as they happen, check out the official website and follow the game’s official accounts on Facebook, Twitter, or Instagram. You can also get involved in the official Discord server, where you can chat and organise play sessions with other fans.