If you’re looking for a mix of detailed anime-inspired visuals, squad-building, and third-person shooting, then Goddess of Victory: Nikke is sure to be getting plenty of play on your phone. This fast-paced shooter is pretty simple to pick up, but you’ll need to be a master of timing and focus to survive its intense battles.

Fans have been eagerly awaiting news of the game’s release, and while we’re pretty sure it’ll be launching soon, there’s still a chance to get your hands on it ahead of the full release. Registration has opened up for the global closed beta test, taking place in the US, UK, Germany, France, Japan, South Korea, and Thailand, so players from all over the world will have an opportunity to try it out.

You’ll get the chance to start building up your own squad of Nikkes, highly-trained humanoids who are tasked with protecting the world with a range of deadly weaponry. You’ll be exploring a post-apocalyptic world, taking down wave after wave of enemies in a series of explosive, high-octane battles.

The story of Goddess of Victory: Nikke revolves around the invasion of the world by the Rapture, a deadly species that wiped out most of humanity when it arrived. The survivors moved deep underground and started working on a humanoid weapon, eventually known as the Nikkes.

In the game, you’ll command a squad of up to five Nikkes as they roam the remains of civilization, hunting down the Raptures and taking on other missions to help return humanity to its former glory. It’s pretty grim out there, with naught but ruined buildings and deadly creatures waiting for you, but at least you’ll have some relief from the bleakness by interacting with your Nikkes in and out of the main story.

There are various characters to earn through the gacha system, allowing you to build your perfect squad of Nikkes, with a variety of weapons and skills on hand to tackle the wealth of enemies you’ll face off against. From machine guns and shotguns to rocket launchers and sniper rifles, you’ll need a balanced mix of weapons in your squad to shoot down any threats that come your way. You can also upgrade your Nikkes and kit them out with extra gear to buff their stats and give them the edge in combat.

Battles are relatively simple to pick up, but can be dastardly hard. You can switch between your five Nikkes on the fly, while the rest continue fighting, allowing you to pick your preferred weapon – each one has a different playstyle, so you can find the one that suits you best. From there, you can target your enemies just by dragging your thumb across the screen, and your Nikke will start shooting. 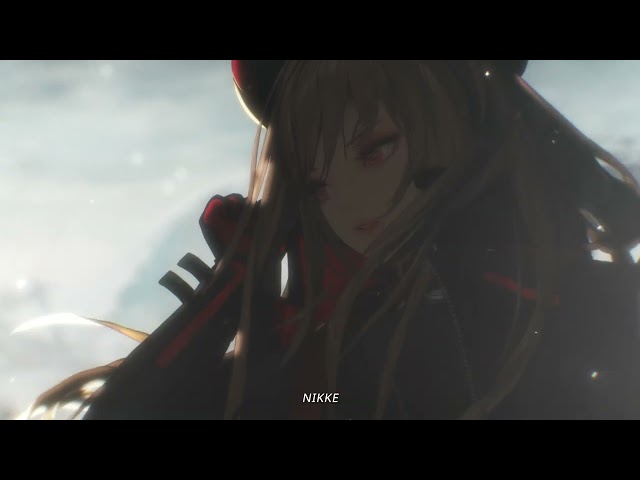 It’s easy to play, but these battles get pretty overwhelming. The Raptures come out in huge numbers and are almost constantly shooting at you – you’ll need to keep an eye on your ammo and health throughout the battle, dipping back behind cover when you need to reload or dodge some attacks before jumping back out to start dealing damage again.

You also have Burst Skills, special moves that have a range of effects, from deploying screen-filling missiles to healing your squad. Chain three together and you’ll enter Full Burst mode, which gives you a major buff and can help clear a particularly difficult encounter with relative ease.

On top of the regular story missions, the new beta test will also let you try out the Simulation Room. Here, you’ll take part in a string of difficult battles, but success means you earn a buff for your next fight, and a chance to heal your squad before they go back into action. There’ll also be Interceptions to take part in, along with new characters to unlock and new Rapture enemies to fight off.

Sounds good? Then sign up for the global closed beta test of Goddess of Victory: Nikke, available in the US, UK, Germany, France, Japan, South Korea, and Thailand. And don’t forget to keep up to date with the game on Twitter, Facebook, YouTube, and Instagram, as well as joining the Discord channel to chat with other fans, and check out the official website for more info. See you on the battlefield.