Summer signings, new managers and fresh expectations – the new Scottish Premiership season gets under way this weekend and it promises to be another unmissable campaign.

The first game of the new season is live on Sky Sports on Saturday as Rangers head to the Tony Macaroni Arena to face Livingston at midday.

it has been a summer of change for both clubs with six new faces in for the hosts, while Giovanni van Bronckhorst has has brought in several players including the likes of Ben Davies, Ridvan Yilmaz, Rabbi Matondo and Antonio Colak as he bids to reclaim the title from Celtic.

Kilmarnock are back in the top flight after winning the Scottish Championship title at the first attempt and will mark their return on Saturday at home to Dundee United.

Celtic will begin their title defence on Sunday live on Sky Sports when they take on Aberdeen. Ange Postecoglou’s made seven signings so far this summer, with both Jota and Cameron Carter-Vickers joining permanently after impressing on loan.

The Dons have nine new additions themselves but have lost big players like Calvin Ramsey and Lewis Ferguson to Liverpool and Bologna respectively.

Prior to the flag being unfurled in the East End of Glasgow, managerless Motherwell take on St Mirren as they face old-Fir Park boss Stephen Robinson’s side.

Seven Scottish Premiership clubs have different managers to the ones which kicked off last season.

Hibernian now have Lee Johnson in charge after Shaun Maloney was sacked less than four months after taking over at Easter Road. 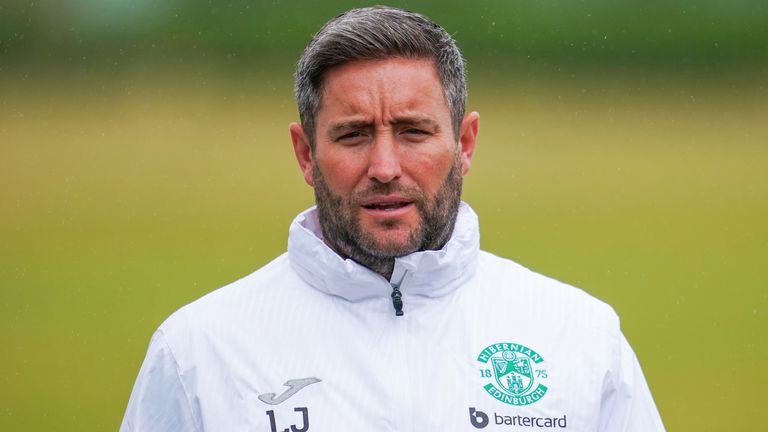 It has not been the best start for the former Sunderland boss with failure to make it past the group stages of the League Cup.

He has added experience in goalkeeper David Marshall and winger Aiden McGeady as he looks to improve on last season’s eighth-place finish.

Former Hibs boss Jack Ross is back in management six months after he was dismissed by the Easter Road bosses and his challenge is to build on Dundee United’s impressive campaign under Tam Courts who led the Tannadice Park side to fourth and secured European football for the first time in a decade. 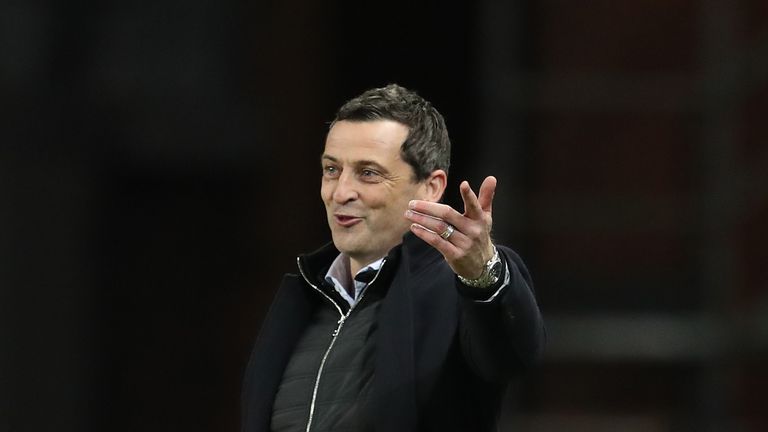 Jack Ross is pleased with his new additions at Dundee United

It will be Giovanni van Bronckhorst’s first full season in charge of Rangers after replacing Steven Gerrard last November.

His biggest aim will be to reclaim the Scottish Premiership title from Old Firm rivals Celtic and add more silverware after clinching the Scottish Cup in May. 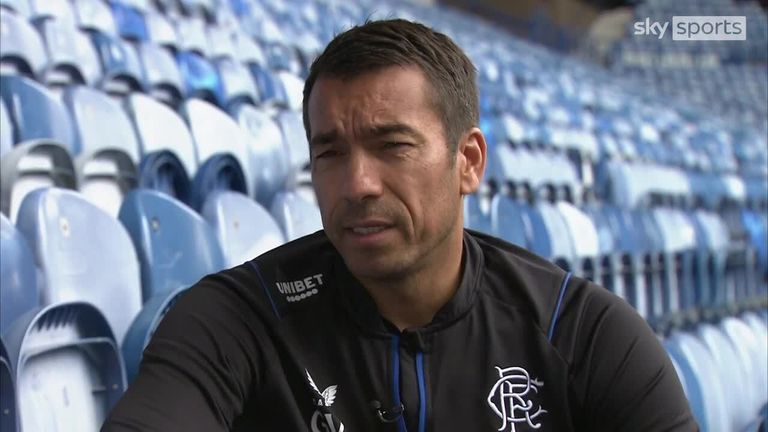 Jim Goodwin replaced Stephen Glass at Aberdeen as they struggled to a 10th place finish and he has made big changes over the summer with nine new faces coming in and 10 heading out.

Stephen Robinson returned to Scottish football in February to replace Goodwin at St Mirren and it was a tough start, winning just three of his 12 league matches. 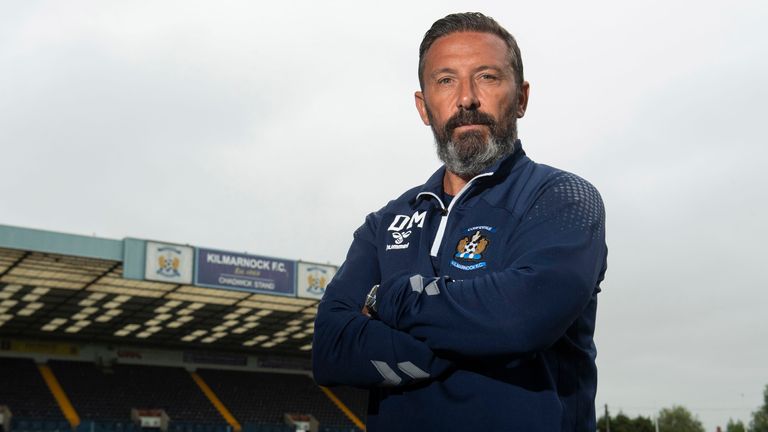 Kilmarnock are back in the top flight, with Derek McInnes at the helm. He guided the Rugby Park side to promotion at the first time of asking after replacing Tommy Wright back in January.

Can any club catch the Old Firm? 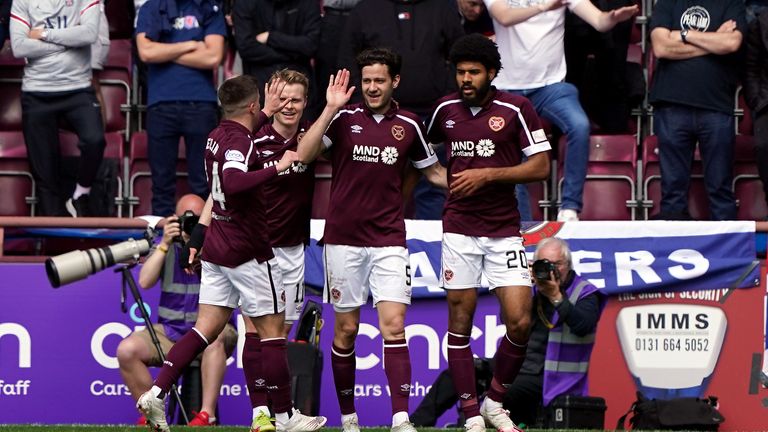 It is no surprise that the title race is once again expected to be a two-horse race as Rangers look to try and reclaim from title from Celtic.

Hearts Sporting director Joe Savage has publicly proclaimed his ambition of one day ending Celtic and Rangers’ title duopoly, which started in 1986.

Robbie Neilson led the Tynecastle club to a third-place finish in their first season back in the Scottish Premiership, but that was still 28 points behind second-place Rangers.

Hearts have brought in five new players this summer with Alex Cochrane returning after his successful loan spell and striker Lawrence Shankland joining from Belgian side Beershot.

Aberdeen has a dismal spell under Stephen Glass last season with new manager Jim Goodwin managing to stop them from being dragged into a relegation battle.

The Pittodrie boss has managed to clear out several of the under-performing players and he has brought in some exciting new signings, including striker Bojan Miovski.

The Dons look transformed and strolled through their Premier Sports Cup group stage without conceding a goal and look to be current favourites to challenge Hearts for that third spot. 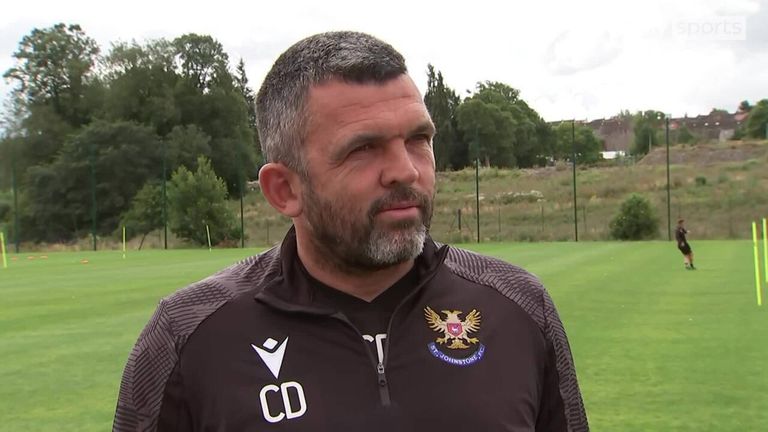 St Johnstone escaped relegation with a play-off win last season and their poor form looks to have continued as they failed to make it past the group stages of the Premier Sports Cup.

Callum Davidson has made changes but a strong start will be needed if they are to avoid another battle at the bottom of the table.

Managerless Motherwell are a club in crisis right now – they scraped into the top six last season, but won just three league matches after the winter break.

Their European campaign is already over before the domestic season gets underway, losing their Europa Conference League qualifier to Sligo Rovers 3-0 on aggregate.

St Mirren could also face a real battle to stay up this season, especially after the loss of players like Conor Ronan and Jak Alnwick.

Stephen Robinson had relative success at Motherwell but, so far, he has not been able to replicate that at the Paisley club with their League Cup campaign also ending at the group stage. 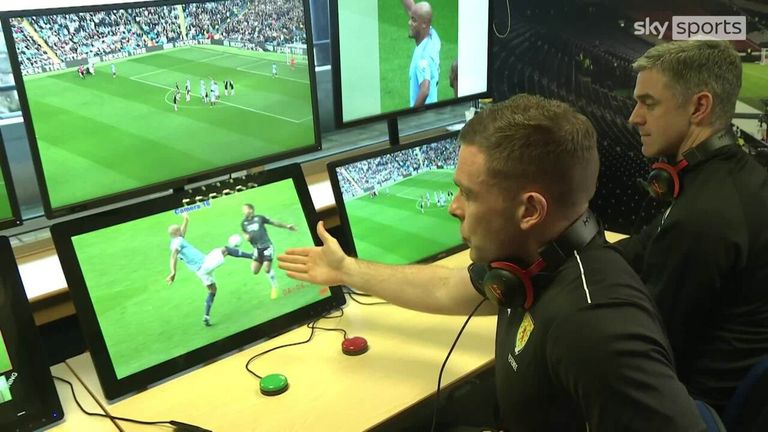 Video Assistant Referees are scheduled to be introduced in the Scottish Premiership from the middle of the new season.

All 42 Scottish Professional Football League clubs voted on the proposal with 41 in favour and the technology will be implemented after December’s World Cup in Qatar.

SPFL chief executive Neil Doncaster told Sky Sports: “We were keen not to be early adopters of this technology. We’ve seen some of the teething problems that its introduction has caused in some other leagues so we were keen to ensure we took advantage of the learnings from those leagues before we implemented it in Scotland.

“We’re not quite ready to launch at the start of the season but, in partnership with the Scottish FA, we’re very hopeful that VAR will launch partway through the season and hopefully achieve less controversy than perhaps we’ve seen in recent seasons.

“It’s a difficult job that the referees have so any support that they can have I’m sure will be appreciated.”

Celtic and Rangers fans need to wait until September 3 for the first Old Firm clash of the season as the title race promises to be another entertaining tussle between the Glasgow giants.

The sides will clash again at Ibrox on January 2 with their final pre-split meeting at Celtic Park on April 4.

Lee Johnson will experience his first Edinburgh derby as Hibernian manager on the second weekend of the season, as Hearts travel to Easter Road on August 6.

For the first time ever, the Scottish Premiership season will take a break after the weekend of November 12/13 for the winter World Cup in Qatar.

It will resume on the weekend of 17/18 December with fixtures including Aberdeen vs Celtic, Hearts vs Livingston and Rangers vs Hibernian.

There is a full card on December 24 with Rangers making the trip to Dingwall to take on Ross County. 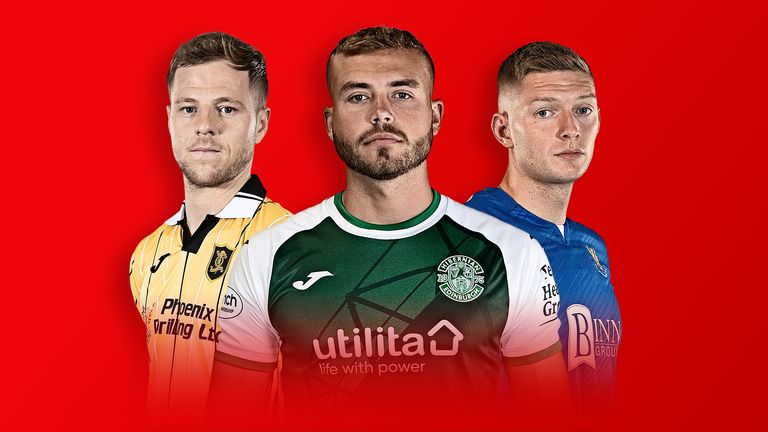 Best player you’ve faced? Favourite TV show? Best match you’ve played in? Get to know players with some different questions ahead of the new season…

The Premier Sports Cup final will be held on Sunday February 26 while the date for the Scottish Cup final is yet to be confirmed.