It has already been a busy summer for Scott Chickelday. England striker Ollie Watkins and Liverpool’s Harvey Elliott have both turned to him for help with their finishing. “It is pretty full on,” Chickelday tells Sky Sports. “I absolutely love it.”

The session with Watkins took place at Aston Villa’s training ground before the rest of the squad returned for pre-season. “He has set himself a goal target this season. It is about that repetition so he is more confident of hitting that target. He just wants to improve.”

Elliott also used the summer in the hope of gaining a head start. “He wanted to get some work in before Liverpool went away. We worked on repetition with his finishing. He has a really good shot on him now and I hope this will be a real breakthrough season.” 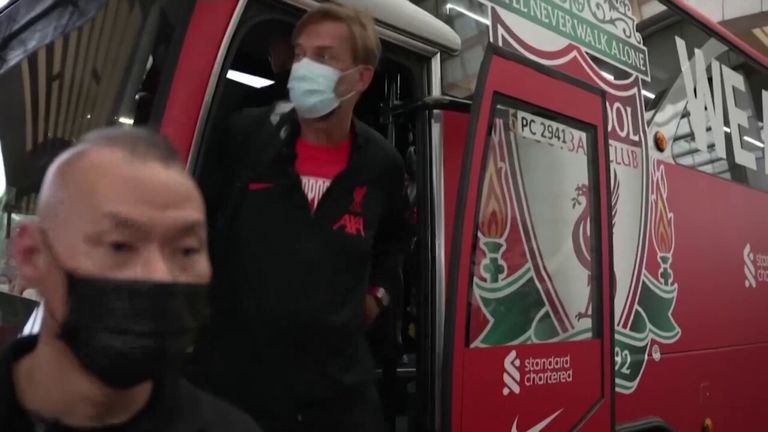 These are just two of his clients but there are many more at the elite level. “A lot of the other players who I work with do not want me to mention their name because they want it to be confidential,” Chickelday explains. “I work with a hell of a lot of players.”

That might surprise some given that the top clubs tend to have this stuff covered. Nutrition is micro-managed. Liverpool even use a throw-in coach. So, why are these stars seeking one-on-one sessions with Chickelday, the 46-year-old coach of Billericay Women?

“It was a chance meeting,” he explains. “I was on holiday and met an American Football coach. He was talking about the coaches they have there for every specific position. I was telling him that in England we have only really got a goalkeeper coach.”

He identified a gap in the market and had the experience, having also coached at academy level with Tottenham and Queens Park Rangers, to pull it off. “There was a real niche for it. Players noticed that I had started doing it and it just went crazy, if I am honest.”

The first client was Kai Corbett, then of West Ham now at Peterborough. Xavier Simons, who made his debut for Chelsea last season, followed soon after. “He came to me because Chelsea said that he needed to be more forceful and did not shoot enough.”

Three years on and the venture has grown and grown.

Many reach out directly. Elliott, for example, knew him from the age of nine, when Chickelday coached him for two years at QPR. Others are put in touch by coaches. Some just spot his work on social media. “A lot of it is recommendations. Players have to trust you.”

But what does the work actually involve? “They want that repetition of shooting. A club might put a finishing session on but is that specific to the player? It might be specific to one player but the other five or six in that session need other stuff.”

The personal attention makes a difference. Every session is filmed and they watch it back together. “Sometimes players do not realise they are doing something until they see it. You can tell them but it is not until you show them. The power of video is great.”

Chickelday is keen to stress that “they are not just turning up and having 200 shots” – there is more to his work than that. “The sessions are all planned out and based on the players’ needs and what I have seen in games. We sit down and we have a conversation.”

The idea is to tailor it to their individual needs. “It depends on what they want from it. We might identify certain areas of the pitch where they should be scoring more goals. It could be the edge of the box or inside the box. It could be improving their movement.

“It could be working on reducing the number of touches around the box. Some players need too many touches so we work on getting into productive areas from limited touches. We work on different techniques of strikes from different angles.”

The devil, it seems, is in the detail.

“Harvey has got a bit of a wrap shot so we work a lot on that. With Ollie, we work on a lace shot. It is all different types of shots. At the level that they are at, we have to make sure the contact is clean and away from the goalkeeper if possible.

“We use the touch to get a weight shift from the goalkeeper and as soon as we get that weight shift we are making our shot choice to reverse the shot and get the ball across going the other way. It is about using that ball to manipulate the goalkeeper’s movement.

“That is a big part of the session. Always ensuring that we are using an angled touch so we are not coming off a straight touch and the goalkeeper is never in a set position. It means we have some sort of weight shift and we can then use that weight shift.”

This all sounds like time well spent for players determined to improve and squeeze every drop from their talent, but the question remains: why are the coaches at these clubs not doing this work themselves with their own multi-million-pound assets?

“I know clubs work on it but it is strange that players come to work with me on finishing when they are in elite environments,” Chickelday acknowledges. “I know managers work on formations and phases of play. Maybe they just do not get the time. I don’t know.”

One intriguing possibility is that many players prefer not to do some of this work in front of the people with whom they are competing for a place in the team – and the people in charge of selecting that team. Working with an outsider makes this a safe space.

“I know Harry Kane did it at Spurs where he worked on his left foot in training for three months but some players perhaps are not confident enough or do not have the stature to be able to tell their manager they are only going to use their left foot that week.

“So, they come to me and we will just do a whole load of work around their weaker foot. They will say that their left foot is way behind and they just want to work on it. I have done that with quite a few players, just doing two of those sessions in a week.

“Ollie and Harvey do not mind that people know about all this but there are some players who do not want people to know they are putting that extra work in.”

Chickelday has not experienced much resistance from the clubs – Villa allowed Watkins to do these sessions at the training ground, after all. Any pushback usually comes from the sports science departments who are wary of the players being overloaded.

“I find that quite funny because when these players do get to the top they say it is because of all the extra work they were putting in. If you are telling them not to do that work how are they supposed to improve?

“If I were a manager and a player was working on his shooting I would applaud it. At the end of the day, it is goals that win you matches and winning matches wins you leagues and cups.”

One day, Chickelday would like to return to an elite-club role. “The aim is to get into a club environment and work with players every day,” he admits. But the verdict on his importance is already in. The next client is waiting. Scott Chickelday heads back to the grass.