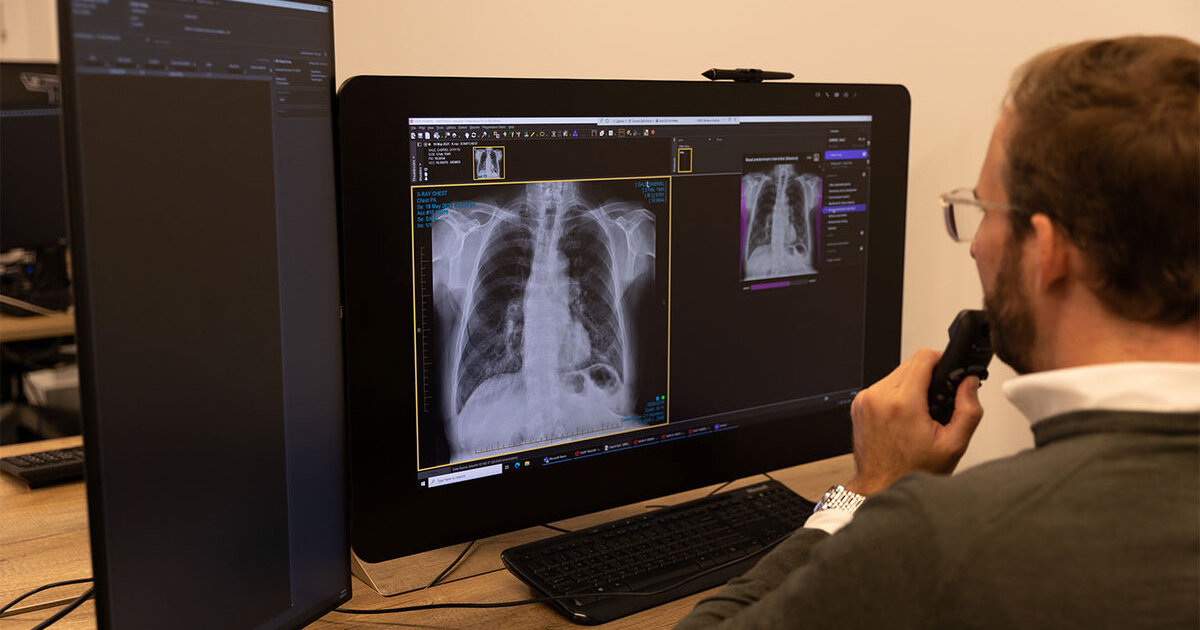 Based on a media release, franklin.ai will develop and provide pathologists with AI-powered support tools to improve diagnosis accuracy and efficiency.

The venture will be led by harrison.ai’s former COO, Stephen Ruffels. As CEO, he will oversee a team of more than 70 specialist engineers, data scientists and clinical experts by the end of 2023.

Other key hires for the joint venture include ex-ResMed director Peter Dassos as general manager and head of talent Celeste Kocabay, who was previously with Atlassian and Investible.

“We have spent months building the right team to work hand-in-hand with pathologists to develop AI-powered tools that will augment their pivotal role at the heart of the healthcare system,” Ruffels said.

annalise.ai makes key appointments ahead of US entry

AI radiology provider annalise.ai has made two key appointments to support its planned expansion into the United States market.

In a press statement, the company announced that it has named Lakshmi Gudapakkam as CEO and Dr Rick Abramson as CMO. Both newly-hired executives are expected to help accelerate annalise.ai’s global expansion and secure more partnerships with healthcare providers, technology developers and regulatory bodies worldwide.

Gudapakkam was previously with US-based Quest Diagnostics as its VP and general manager for the US East region. He had held senior global technology and business leadership roles for over two decades in GE Healthcare and Philips Healthcare.

Meanwhile, Dr Abramson, an American doctor and board-certified radiologist, was the former corporate VP for radiology service at HCA Healthcare.

Their appointments also come as annalise.ai received in March the US Food and Drug Administration’s 510(k) clearance for its flagship product, Annalise Enterprise CXR. The AI chest x-ray tool has also been cleared for use in Australia, the United Kingdom, Europe, Southeast Asia and New Zealand.

ASX-listed digital health company ResApp Health has extended a commercial license deal with telemedicine provider Medgate for the use of its smartphone-based respiratory diagnostic test.

The companies first entered into a license agreement to use ResAppDx on the Medgate telehealth platform last year in August. The app-based test uses machine learning to analyse cough sounds and diagnose respiratory diseases.

According to a corporate disclosure, the extension is granted for another 12 months.

Medgate CEO Dr Andy Fischer shared that over the past year, they have found more evidence of the benefits of ResAppDx to their clinicians and patients. “We look forward to expanding our use of ResAppDx to further realise these benefits for our patients,” he added.

Medgate also intends to expand the use of ResAppDx across “additional patient journeys” in its telemedicine services and to bring the technology to its platform in Germany in 2023.

New Zealand-based health tech developer Volpara Health Technologies has signed a use contract with RadNet, an imaging services provider in the United States.

Set for an initial period of 42 months, their contract is for the deployment of Volpara Analytics and Volpara Risk Pathways software across RadNet’s 353 imaging centres in seven US states.

Implementations are set for next year, according to a company disclosure.