Raid: Shadow Legends has generated more than $1 billion in player spending since its launch, according to data from Sensor Tower. Since its launch in February 2019, the title has been a huge success, with these latest figures cementing that.

The game picked up approximately $155 million in the first half of 2022, placing it twelfth in terms of revenue generated in the RPG genre. In terms of the squad RPG subgenre, Raid: Shadow Legends revenue helped it reach second place, behind Uma Musume Pretty Derby, which brought in a bonkers $409.8 million.

Crossing the one billion dollar mark is no easy feat, with Raid joining big titles like Call of Duty: Mobile and State of Survival. The biggest market for the game is the US which generated 59.4% of total revenue to date, with $595.5 million in player spending. For more mobile revenue, check out League of Legends: Wild Rift’s player spending report that came out recently.

You can check out the Sensor Tower revenue chart for squad RPGs below. 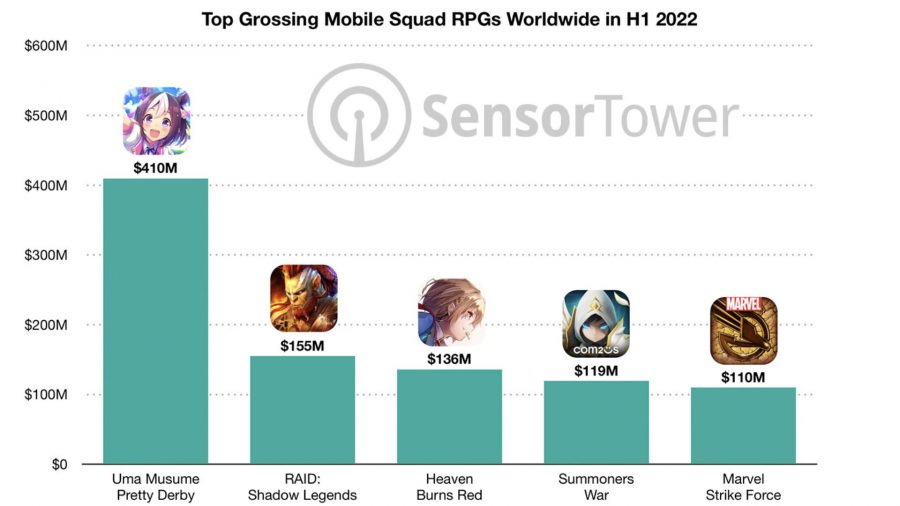 For something a little different, check out our Xenoblade Chronicles 3 review to see why we’re so in love with it, or our list of the best mobile multiplayer games, and Raid: Shadow Legends tier list.