A group of racing “heavyweights” have approached the sport’s governing body with a radical proposal for a Premier League-style shake-up that would see greater prize money focussed on the elite level.

Headed by former British Horseracing Board chairman Peter Savill, the group – which includes representatives from racecourses, leading trainers and bookmakers – sent a letter to the British Horseracing Authority (BHA) on Monday detailing a number of suggestions to tackle what they see as British racing’s major problems, including the drain of top equine talent to overseas buyers and small field sizes.

The proposal does not call for an overall reduction in the fixture list, instead asking for fewer elite races in order to increase field sizes at the top end, while adding more races at lower levels.

The group’s report also suggests channelling more prize money into higher-class races, which would be concentrated on weekends and big midweek festivals such as Royal Ascot or the Cheltenham Festival.

Speaking on the Nick Luck podcast, Savill said: “Over the last few months I’ve met with a number of industry heavyweights – owners, trainers, breeders, racecourses, the betting industry – to get their perspective on a number of issues that are facing British racing.

“As a result of that, we’ve put together a letter to the BHA which outlines principles we think they should take forward. It’s now up to them.

“At the moment, we have the finest racing in the world and the finest horses but what we don’t have is the finest races in terms of prize money. When the Premier League started, it didn’t have the billions it has now but it got the structure right.

“The reduction in the number of horses at the top end has become quite dramatic.

“If all the top footballers were leaving the Premier League and going to Spain or Italy, the Premier League would have far less appeal to people and the media rights would become far less valuable. That’s equivalent to what’s happening here and we’ve got to do something about that. Senior sports writer Paul Hayward says British racing is facing an ‘inevitable reckoning’ as it fields calls for a radical shake-up of prize money and fixtures.

“The problem that’s linked to that is one of the field sizes and we have to solve both of those problems. If we don’t British racing is just going to go further downhill.

“We’ve to find a way to get considerably more prize money at the top end. A racehorse is an asset and if that asset is worth £250,000 then you’ve got to have a return on that.” 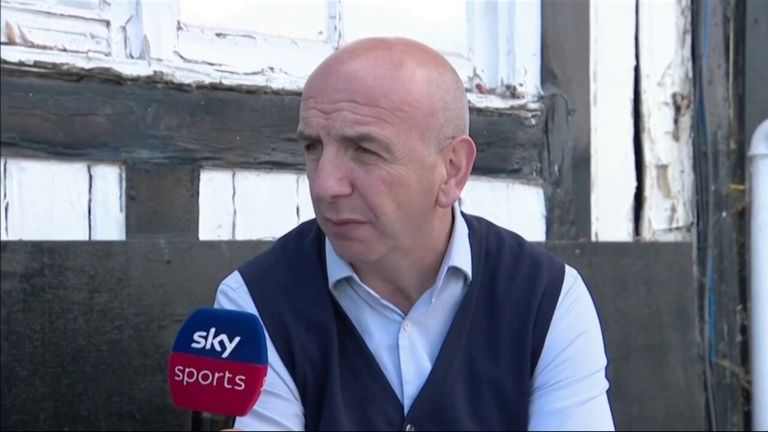 In response to the proposal, a BHA spokesperson said: “British racing’s leaders have agreed to deliver an industry strategy which has the sport’s financial future, prize money, international competitiveness and the appeal of the racing product to our various customers at its core.

“It is clear that action needs to be taken, and in order to grow the sport will need to innovate.

“For these reasons we welcome any proposals from those who have the interests of the sport at heart, and they would be considered as part of the development of that industry strategy, which will take place as a matter of urgency over the coming months in collaboration and consultation with our industry’s stakeholders.”

Hayward: Small tracks likely to be the losers here

Senior sports writer Paul Hayward says the group’s demands for change were ‘inevitable’ as racing faces an ‘existential crisis’, but has questioned Savill’s claims that the lower level of the sport would benefit from more races.

He told Sky Sports Racing: “If you saw these headlines about any other sport you wouldn’t think much of it because they are constantly evolving but racing has been in a largely fixed position for a long time now. 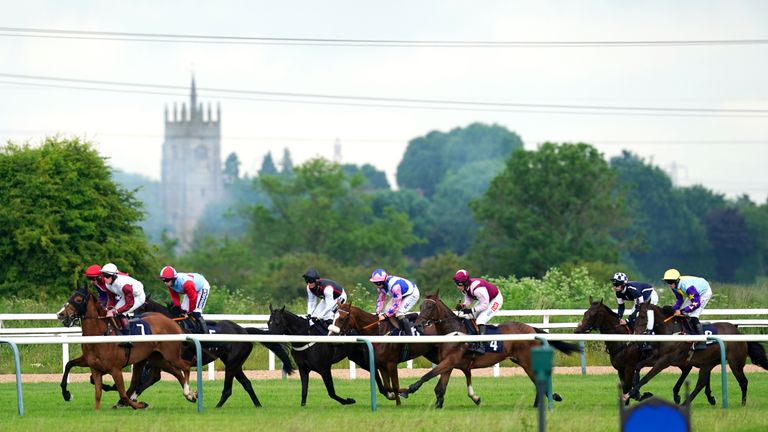 Small racecourses are the most likely losers from a radical proposal to focus prize money at the elite level of racing, according to senior sports writer Paul Hayward.

“I see this as an inevitable reckoning. Over 250 years of horse racing there have been plenty of crises but this one is building into an existential crisis if you combine small fields, too much racing thinly spread and an exodus of 90-plus rated horses to other countries.

“I can understand the need to try and different system but of course the bunfight starts when we losers emerge.

“Almost every other sport has moved to an elite model where the top end is looked after. Much like red ball county cricket is in jeopardy because of the concentration of resources to where the market is.

“It’s natural for racing to head in that direction but I don’t see how it can do that without culling some of the present industry and that I think means racecourses. I don’t know of any sport that has taken this route without the lower end taking a hit.

“The promise of the Premier League breakaway was trickle down wealth but that’s not really happened to extent that people feel it should have. Power and money is concentrated in fewer and fewer hands.”

Hayward also challenged whether the proposals would benefit bookmakers and raised concerns about the potential impact on the sport’s funding model.

“It’s natural to be sceptical about the claim that everyone is coming together because racing tends to be made up of warring tribes,” Hayward said.

“I would always come back to the central business plan problem in racing which is that British racing exists essentially to boost betting turnover and in the most prosperous racing countries betting turnover exists to fund racing. Until you get that right, I worry that all the other stuff is just tinkering.

“Why is the fixture too big at the moment? To drive betting turnover. Bookmakers want a huge fixture list and the racing industry needs it to generate the crumbs from the table.

“It’s a good idea in principle to have less racing because you’d had bigger field sizes, but how does it work in practice to fund the sport?”