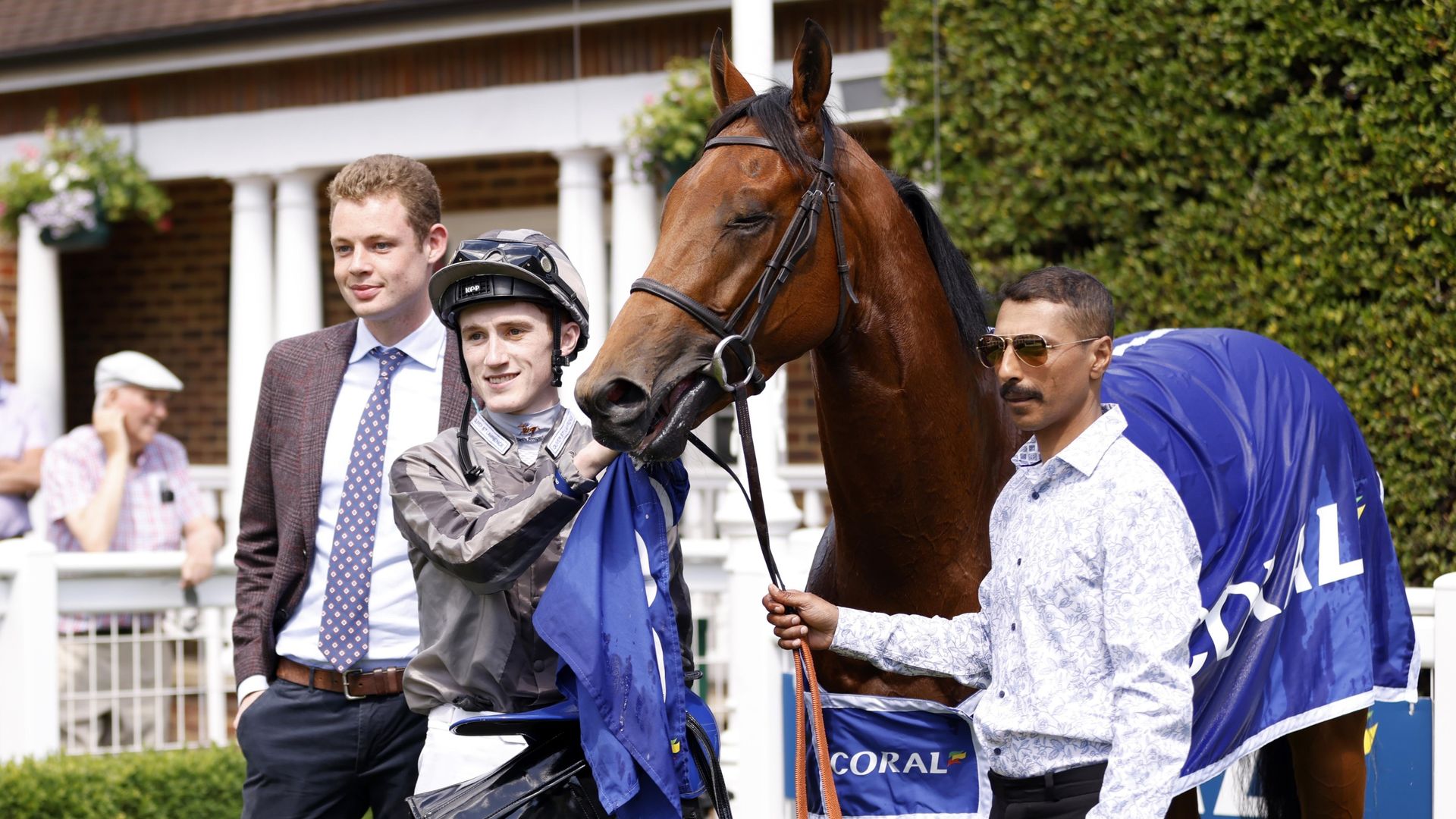 Mitbaahy continued his ascent up the sprinting ladder with an impressive victory in the Coral Scurry Stakes at Sandown.

Placed twice in Listed company last season, Roger Varian’s Profitable colt opened his account for the current campaign in a conditions race at Hamilton last month to earn himself another rise in class.

Given a confident ride by David Egan, the 9-2 chance moved smoothly into contention entering the last of five furlongs and finished strongly to beat the pacesetting Live In The Dream by a length and a half, with 13-8 favourite Caturra a close-up third.

Varian said: “I’m very pleased with him, I think he’s progressing and he’s a real five-furlong horse – he’s got a lot of speed.

“He ghosted into the race very impressively and put it to bed nicely as well, so we’re very pleased.”

Mitbaahy holds an entry in the Palace Of Holyroodhouse Stakes at Royal Ascot on Friday, but will not be taking up the engagement.

“He’ll likely go back to Sandown in a few weeks’ for the Coral Charge, all being well,” Varian added.

“I put him in the handicap at Ascot in case he didn’t win today. I thought if he was beaten maybe half a length and we were due to go up half a dozen pounds, it would be our last chance to exploit his mark in a handicap.

“But having won as he did, I don’t think it would be necessary to go to Ascot under a penalty.”