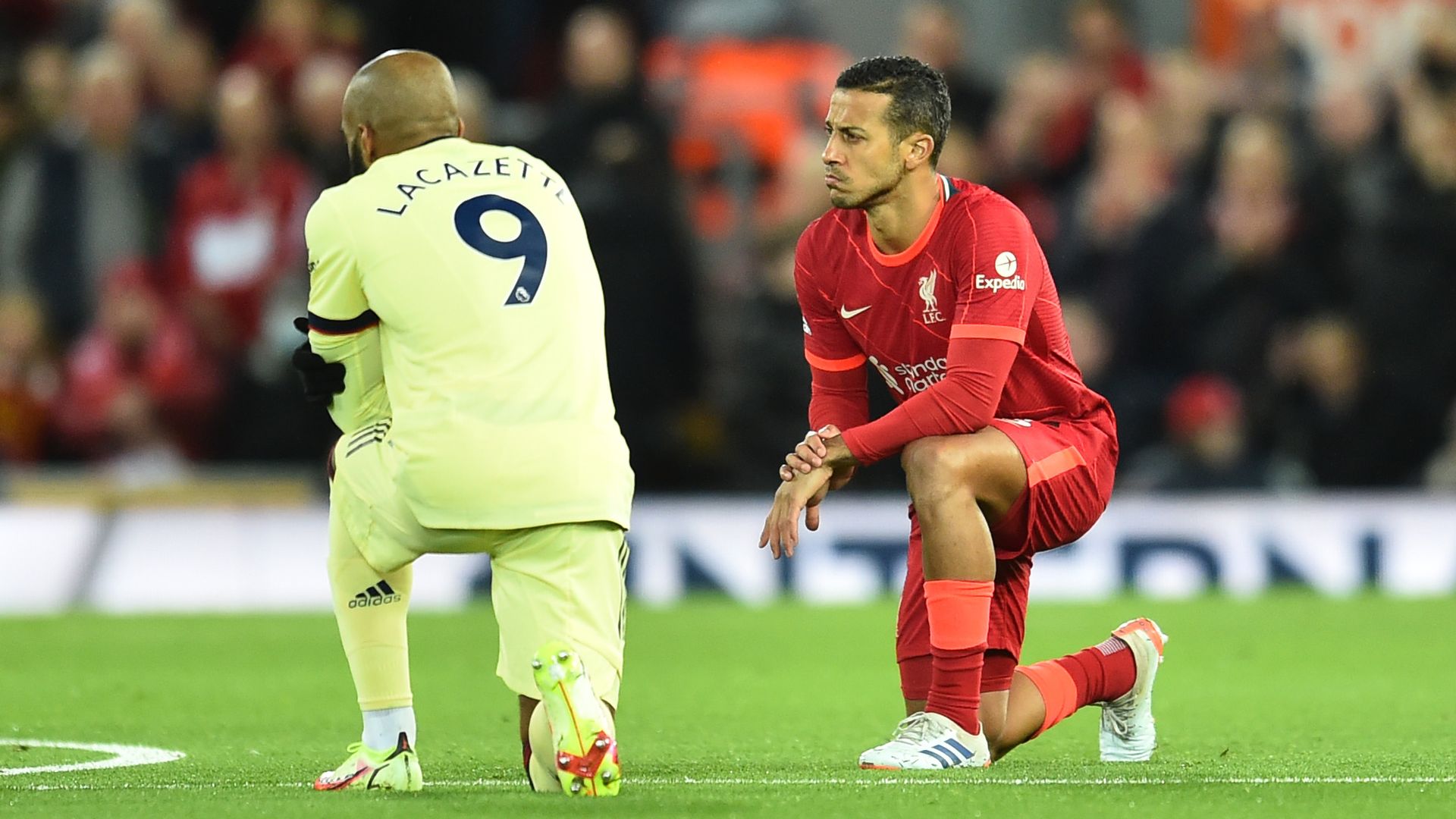 Premier League players will no longer routinely take a knee before matches, the league has announced ahead of the new season.

Players began taking the knee during Project Restart, in the wake of George Floyd’s unlawful killing in the USA and the Black Lives Matter movement which followed.

Aston Villa’s televised game with Sheffield United started off the top flight’s stance, which has since been replicated across the domestic leagues and beyond – and caused friction with the UK Government when England players were booed while making the stance ahead of Euro 2020 last summer.

More recently, a number of individual clubs and players have announced they will stop taking a knee and now, the Premier League have followed suit more than two years since the initiative was first introduced.

Players will still take a knee before certain rounds of matches, including the FA Cup and Carabao Cup finals, as well as Boxing Day matches and the Premier League’s No Room For Racism rounds.

In a statement, the Premier League said: “Ahead of the new season, Premier League club captains have reaffirmed their commitment to fighting racism and all forms of discrimination.

“The players have decided to use specific moments during the upcoming campaign to take the knee, to amplify the message that racism has no place in football or society.

“The Premier League supports the players’ decision and, alongside the clubs, will use these opportunities to elevate anti-racism messaging as part of the League’s No Room for Racism Action Plan.”

Speaking as a collective, the 20 Premier League captains added that they would use “significant moments” of the forthcoming season to take the knee.

“We remain resolutely committed to eradicate racial prejudice, and to bring about an inclusive society with respect and equal opportunities for all,” they added.

The Premier League has also announced that £238,000 will be donated to a number of youth clubs on behalf of the club captains, with £119,000 coming from the royalties of the ‘No Room for Racism’ sleeve badges sold on club shirts in 2021/22, and the figure matched by the Premier League.

Maheta Molango, the first BAME chief executive of the Professional Footballers’ Association, said Premier League captains had reached their decision with the aim of finding a “balance” about how to show their support.

He said: “We’ve always been clear that choosing whether to take the knee should be a personal decision for each individual.

“We’ve spoken to players about this and what we’ve heard is that they want to find a balance. They don’t want the gesture of taking the knee to become routine, so that it potentially loses its impact.

“However, they are also committed to using their platform and their voice to continue to bring attention to what remains an extremely important issue, not just in England but around the world.”

Kick It Out reporting racism

Online Reporting Form | Kick It Out

Kick It Out is football’s equality and inclusion organisation – working throughout the football, educational and community sectors to challenge discrimination, encourage inclusive practices and campaign for positive change.

Together we will strive to make our social media accounts a safe space for all fans.

Hate won’t stop us in our goal of celebrating sport for all and all for sport.