Eevee is a pretty tricksy Pokémon at the best of times, with a bunch of different potential evolutions that it can change into seemingly at random. Fortunately, though, it’s not as random as it seems in Pokémon Go, as there is actually a method that you can use to game the system and force Eevee to evolve into each of its different forms.

There are a few caveats though, which we’ll go into the final details of later in our Pokémon Go Eevee evolution guide. Ultimately, to answer your potential question, yes, there is a reliable method of getting Eevee to evolve into Vaporeon, Jolteon, Flareon, Espeon, Umbreon, Leafeon, Glaceon, or Sylveon and it works every single time.

If you’re a big fan of the location-based monster collector, we thoroughly recommend checking out our other guides, including Pokémon Go promo codes, Pokémon Go event, Pokémon Go raids, and Pokémon Go community days. In the meantime though, let’s take a look at our Pokémon Go Eevee evolution guide.

How do I perform a Pokémon Go Eevee evolution with a nickname?

Eevee has eight different forms of evolution, which include Vaporeon, Jolteon, Flareon, Espeon, Umbreon, Leafeon, Glaceon, and Sylveon. After acquiring 25 candies, you can evolve Eevee into Vaporeon, Jolteon, or Flareon at random.

But how do you take the random element out of it and, instead, force Eevee to take each of the individual forms? Well, it’s a simple process of changing Eevee’s name before you evolve them.

It’s worth noting that this method only allows you to get each different evolution Eevee a single time. Once you’ve performed it on your account, you will no longer be able to get that particular form of Eevee using this method on that account.

Here are the different names you’ll need to use to get each different Pokémon Go Eevee evolution:

Make sure the silhouette of the evolution you want shows up on the evolve button, otherwise the nickname trick won’t work. 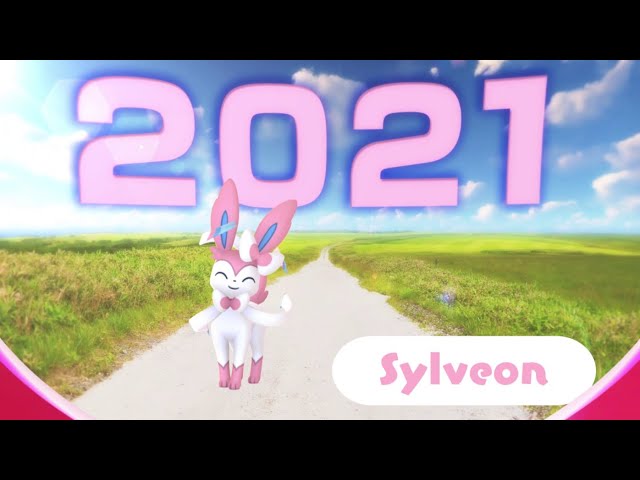 How do I evolve Pokémon Go’s Eevee into Espeon, Umbreon, Leafeon, Glaceon, or Sylveon?

While the above method is the easiest manner with which to get every single Eevee evolution in Pokémon Go, there are actually a number of alternative methods for a few specific evolutions.

Here’s a round-up of how they work:

If you want to play Pokémon Go for yourself, you can find the game on Google Play and the App Store. For more similar recommendations, see our list of the best games like Pokémon Go on mobile!