Ever since the announcement of the Switch, and especially since Joker’s appearance in Super Smash Bros Ultimate, Atlus fans have been clamouring to see the RPG series Persona on Switch. Well, after years of patience (and a lot of badgering developers and social media accounts, stop that), there’s finally light at the end of the tunnel! So get ready for these great games with our Persona 4 Chie guide.

Our Persona 4 Chie guide is going to break down everything you need to know about one of the most energetic members of the Investigation Team, who’s out to solve the murders in Inaba. That’s right. It’s everyone’s favourite martial arts-obsessed high-schooler, the one and only Chie. With her strong will, attitude, and kicks, Chie is a force to be reckoned with and one of the scariest members of the team, well, at least for the bad guys anyway.
If you’re getting ready to dive into Persona 3 Portable, Persona 4 Golden, and Persona 5 Royal later this year, be sure to check out our host of great guides. We’re covering all the topics you need, such as Persona 4 Teddie, Persona 3 characters, Persona 4 characters, Persona 5 Futaba, and Persona 5 characters.

Ready up, players! Let’s dive into our Persona 4 Chie guide. 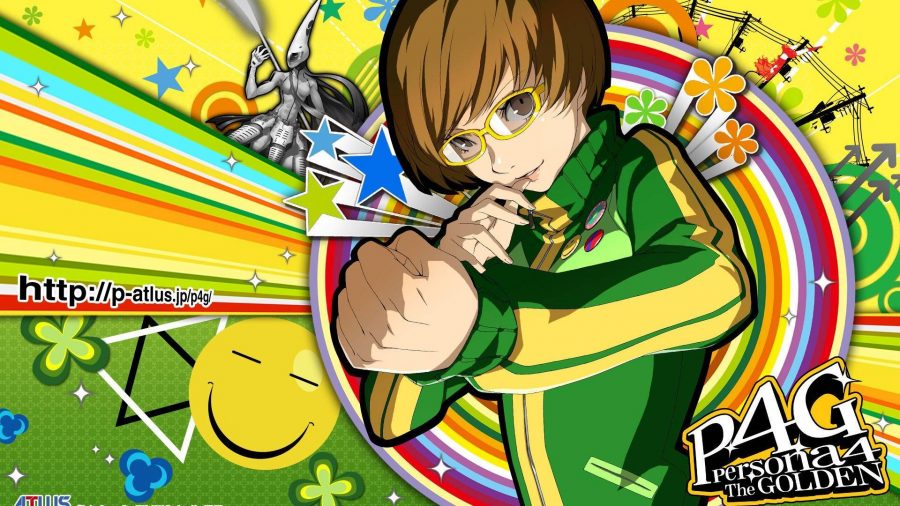 Who is Persona 4’s Chie?

A high-school student at Yasogami High School, Chie is a young girl who is obsessed with kung-fu movies. She wears a modified version of the traditional school uniform that features yellow and green colours reminiscent of the outfits worn by martial arts legends like Bruce Lee. Chie gets sucked into the mystery surrounding the Midnight Channel and meets the protagonist with Yosuke and Yukiko at school, before the endeavour to solve the murders plaguing the town.

Brash, bold, and often seen as an extrovert, Chie doesn’t hold back from speaking her mind and will protect her friends fiercely. A bit of a tomboy, Chie is truly obsessed with martial arts, loves training, attacks almost entirely with kicks, and even has a poster of Bruce Lee in her bedroom. Very concerned with justice and looking after people, Chie is selfless and will defend complete strangers if she needs to. She hopes to become a police officer one day so she can truly protect those in need. Chie is also absolutely awful at cooking and is made fun of for her awful tastes in foods. 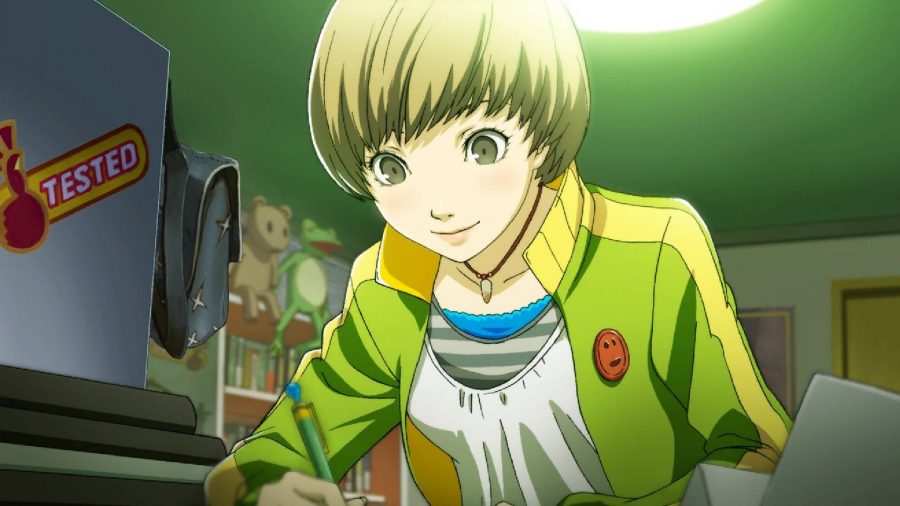 What are Persona 4 Chie’s skills?

Chie is naturally gifted at martial arts and has studied intentionally, so her strength is among the highest in the group. While later in the game, she falls behind a couple of other party members like Kanji, Chie remains a top-tier threat until the very end, so don’t underestimate her. If you meet certain conditions, Chie and Yukiko can summon their Personas and perform the joint attack known as ‘Twin Dragons’. This is a devastating move that appears in the form of a blossoming lily and does damage to the entire enemy party.

Who is Persona 4 Chie’s voice actor?

In the English language versions of Persona 4, Chie is voiced by Tracey Rooney. However, in every subsequent English language version of the character, including games and animation, Erin Fitzgerald takes on the role of Chie. Erin is perhaps best known for her roles as May Kanker and Nazz in Ed, Edd ‘n Eddy, her roles as Janna and Sona in League of Legends, The Photographer in Death Stranding, and Wakaba Isshiki in Persona 5 Royal. 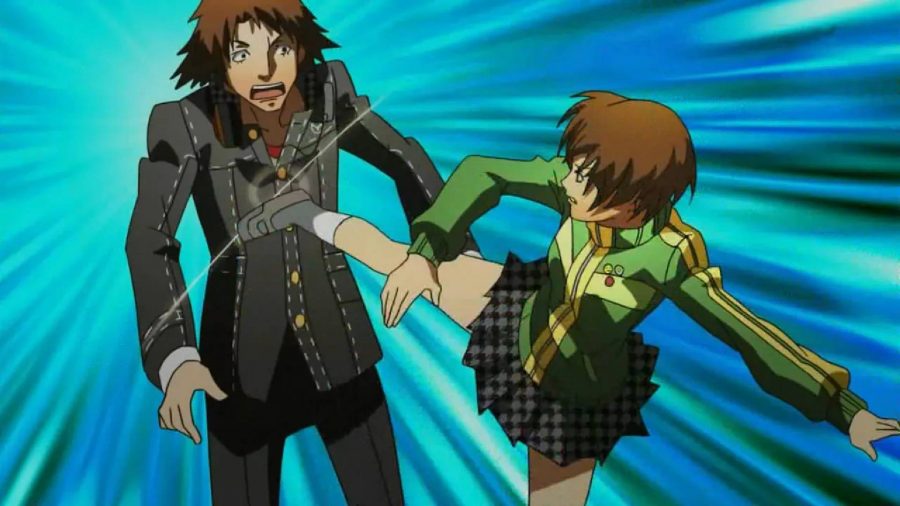 In the Japanese language versions of Persona 4 Golden, Chie is voiced by Yui Horie. Fans may recognise Yui as Hitomi in Dead or Alive 3, Persephone in Skylanders, and Yamuraiha in Magi: The Labyrinth of Magic.
That’s it for now. We hope that has you up to speed with the best girl Chie, and ready for a grand adventure when Persona 4 Golden finally comes to Switch. Make sure to keep an eye on our Persona 4 Switch release guide for all the latest details.