Eight characters, eight storylines, there’s a lot to get to grips with when learning about the Octopath Traveler characters. Square Enix’s first HD-2D title and a sprawling fantasy JRPG adventure, Octopath Traveler is an ambitious title that rewards exploration and inquisitive nature, but that means you can miss quite a lot.

With this introduction to the Octopath Traveler characters, we break down the main things you need to know about each of the eight main heroes, so you can get to know a bit more about their stories, goals, ambitions, and personality quirks. Each also has unique field abilities that change how you interact with the world, so you’ll want to get to know them all. There are a few characters to get to know, so let’s dive right in.

If you love RPGs as much as we do, be sure to check out our guides for some of the amazing upcoming Switch titles. We’ve got great guides on Persona 5 Morgana, Persona 5 wallpapers, Nier Automata 2B, and Nier Automata characters. 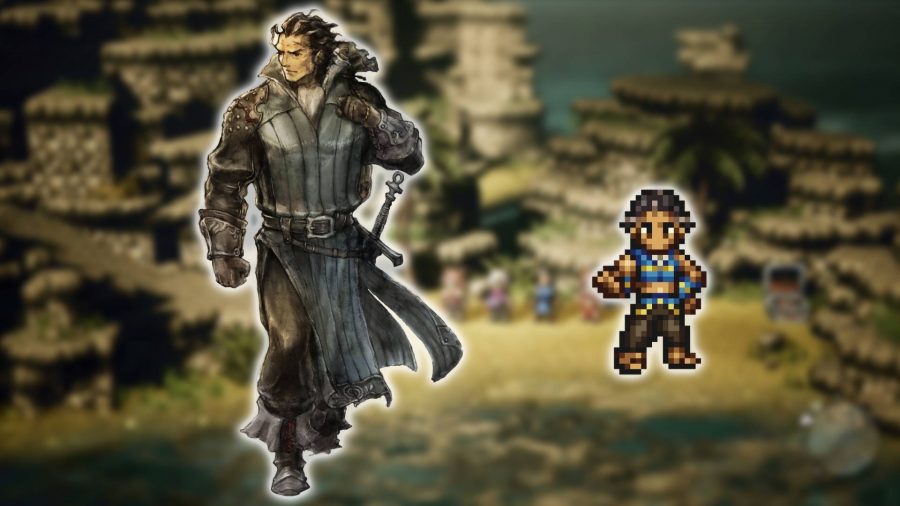 The muscle of the group, Olberic is a knight and a warrior. While he was once loyal to the throne, life changed and he lost his purpose, now wandering the land ready to fight at a moment’s notice. Olberic has the ability to challenge anyone to a fight when in your party, a way to build up extra experience and gain some useful items. But be warned, some seemingly innocuous villagers are ready to put up one hell of a fight.

In battle he fights with a sword and polearms, using his strength over any fancy techniques or magic abilities. While living in self-exile after letting down the monarch, Olberic is originally trying to live a simple, and peaceful life, before getting dragged into something that once again needs his might. 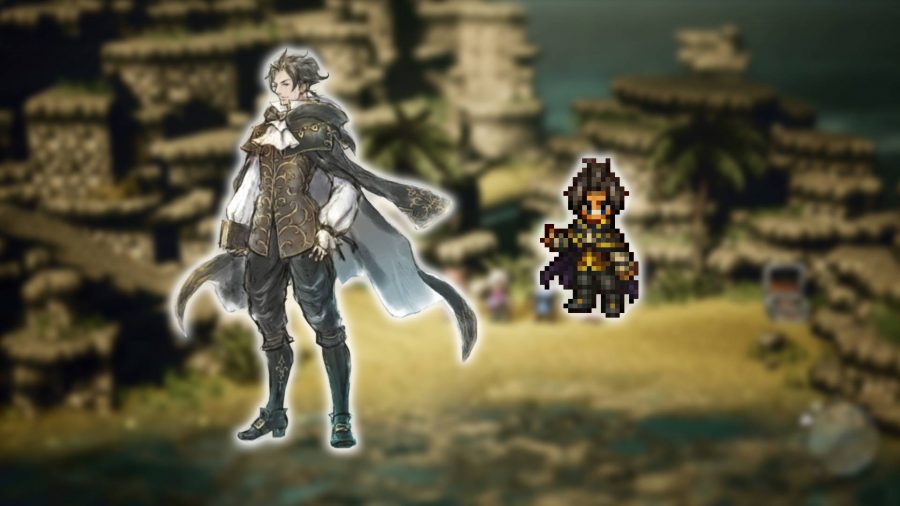 A popular scholar and a man who looks great in a robe, Cyrus is a mage with a skillset of elemental attacks. Originally a scholar of the Atlasdam university, Cyrus gets pulled into a bigger plot alongside the other team members. His magical abilities make him a fierce opponent in battle, especially when you unlock some of the later, and much more powerful, attacks.

When exploring the overworld Cyrus can use his intellect to get information out of townsfolk, an invaluable skill. Cyrus’ quest for knowledge is what kicks off his journey, as he attempts to learn more about a specific book, only to find it’s missing. His hunt for clues and unravelling of the greater mysteries reveals much more about Cryus, and his students. 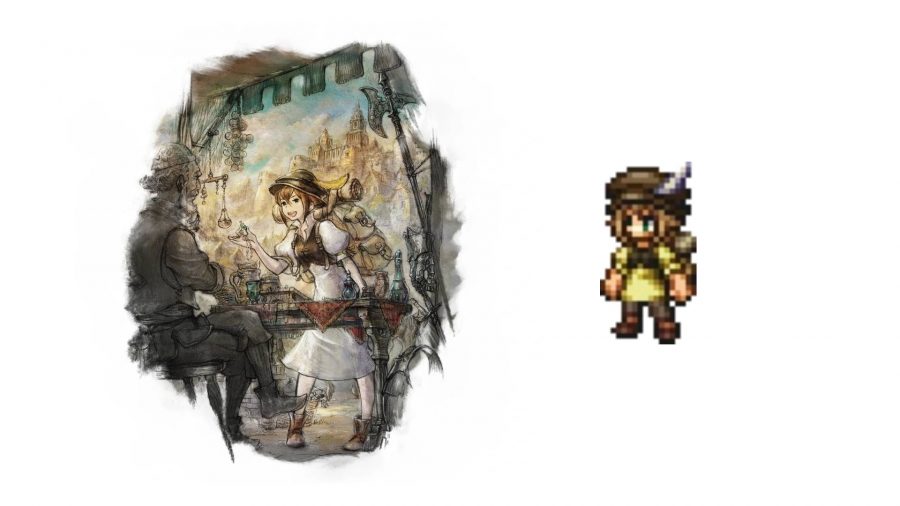 A bright personality and a shrewd negotiator, Tressa is a merchant with a heart of gold. She loves a bargain and her unique field ability means that she can negotiate for items with any NPC in the game. Not only can she can wield physical weapons like bows and polearms, but she can also utilise wind magic and showcase her versatility.
Starting out in the sunny seaport town of Rippletide, Tressa’s life changes when pirates raid the village and steal from the townsfolk. Tressa’s drive to return the stolen goods, as well as the rumour of further treasure, encourages her to set off on an adventure with the group. 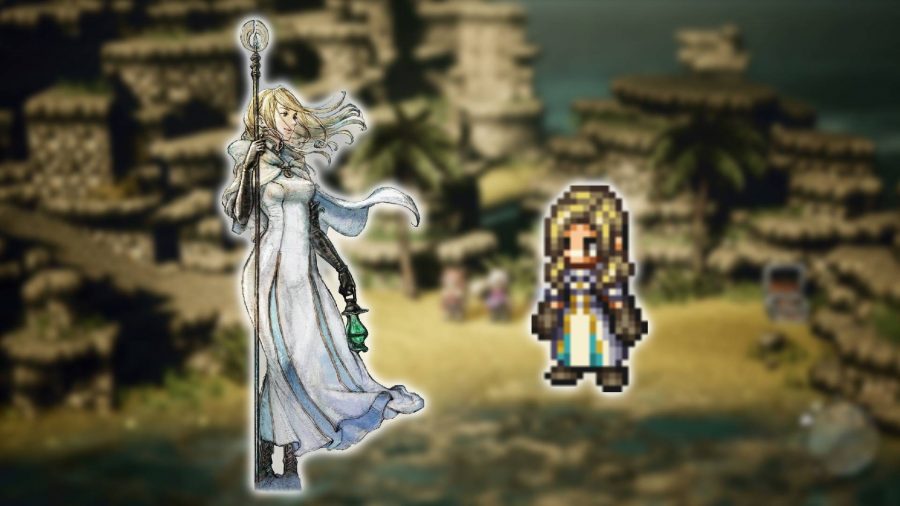 One of the more innocent members of the group, Ophilia is a cleric who uses white magic to heal team members. Her white garbs match her skills, as well as the snowy region surrounding Saintsbridge. Under the tutelage of the Archbishop, Ophilia is determined to set out on a religious pilgrimage despite the possible personal cost.

While out in the field, Ophilia has the ability to guide NPCs, causing them to temporarily join your team as additional party members. While not everyone is a powerful warrior, you might be surprised at how helpful this particular skill can be when you find the right folks to join you. 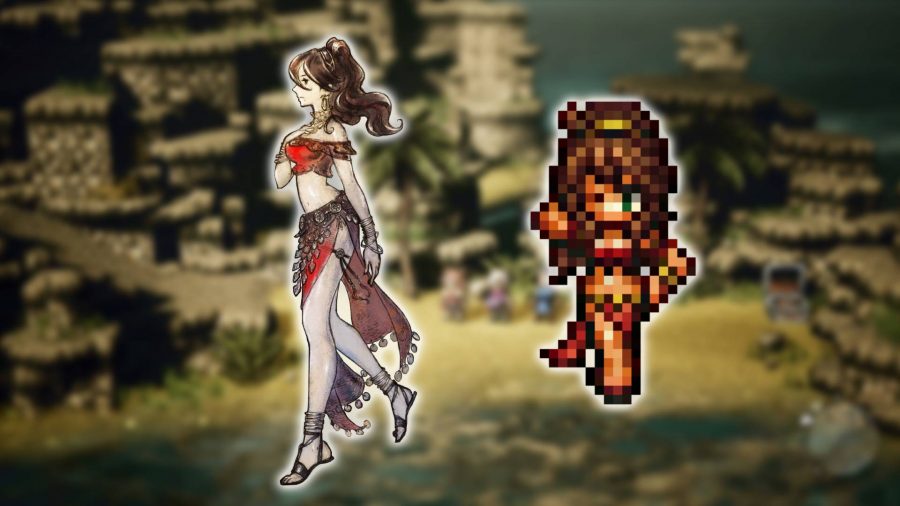 A beautiful dancer with a heart of gold, Primrose was born from nobility but now works as a performer for drunks in the local bars. Though she does this to get closer to her enemies, the men responsible for her father’s death. Using daggers and dark magic, Primrose is a quick opponent who can also give fantastic buffs to the other party members with her dances.
Similarly to Ophilia, Primrose’s field ability lets her use her ‘allure’ to convince townsfolk to join the party, where they can even attack on behalf of Primrose. While working in Sunshade, Primrose eventually gets a lead on the father’s killers, but things get complicated by her slimy boss Helgenish. 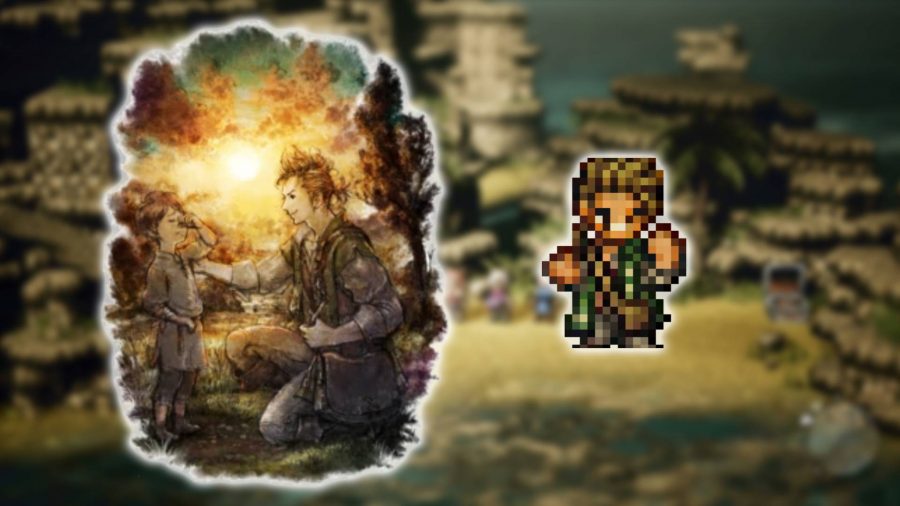 A sweet man with a sad story, Alfyn is an apothecary who is adept at finding ingredients and healing folks and is on a mission to learn as much as he can about the process. He’s your best chance for quickly healing status ailments, and unlike Ophilia, also has some offensive capabilities early on as he can use an axe and ice magic.

Alfyn has two incredibly useful field skills, as he can ‘inquire’ with townsfolk to find the location of hidden items in each rural location. He can also barter with shopkeepers to get discounts in different businesses. While he might not be the most terrifying threat, he’s a good all-rounder with some very unique and interesting abilities. 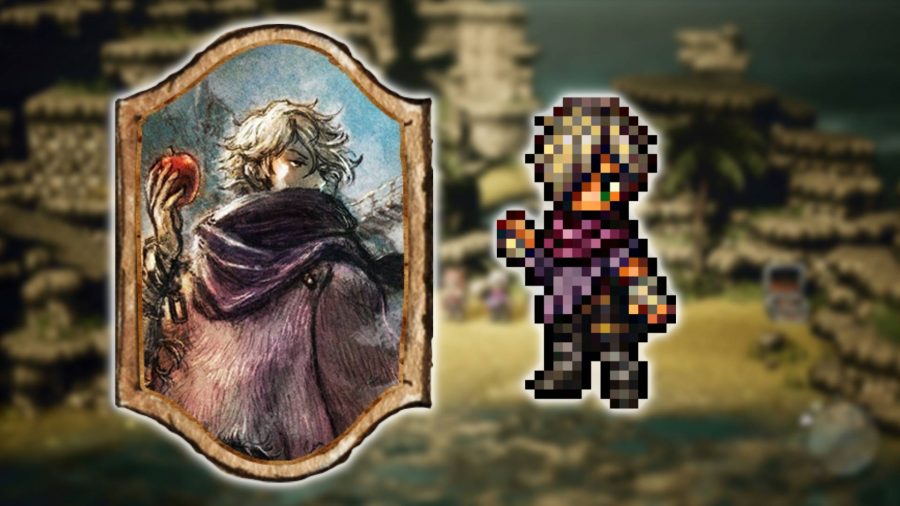 The most mysterious member of the party, not much is known about Therion before the events of the game, and even then it’s not a whole lot. A thief and a rogue, Therion can steal items, health, and SP from opponents. He can use swords, daggers, and fire magic in battle as well which gives him great coverage against different opponents.

Therion also has the ability to steal from townsfolks. When attempting to steal, a probability appears dependent on your level. Two many failed attempts at stealing lowers your reputation in town, which has far-reaching consequences. So if you’re going to steal, at least make sure you’re going to get away with it first. Called out of hiding by the promise of a grandiose treasure, Therion joins the group to further his own desires. 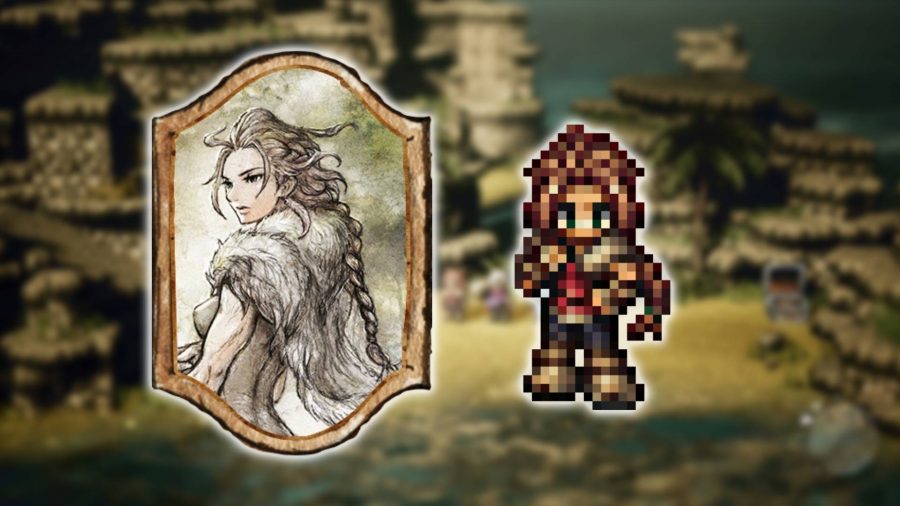 One of the most unique party members and my personal favourite, H’aanit is a warrior and hunter from the town of S’warkii. She cares deeply about wildlife and uses her skills to become a world-class tracker and beast-tamer. She has the unique ability to capture monster-based opponents, and can then call on them in a battle to aid in fights. Different enemies have unique abilities, and attacks, and can cause status effects, so it’s really useful to keep her on your team to steal enemies like horrible Pokémon.

When moving around in the field, H’aanit can provoke NPCs to fight. What’s different to Olberic, however, is that H’aanit doesn’t do the fighting, rather you must pick beastly friends to take on the foe instead. This particular skill can unlock new paths, and items, and is a hugely important skill for anyone attempting to uncover all the mysteries of Octopath Traveler. While she originally just wants to work alongside beasts, one day a chance encounter changes her worldview, and H’aanit must uncover the truth.

That’s it for now folks, we hope this Octopath Traveler character guide helps you to learn a bit more about each of the eight main party members, and the skills they can each use. If you are just getting started on the mobile prequel/sequel to this smash JRPG hit, be sure to check out our Octopath Traveler: Champions of the Continent tier list guide next.