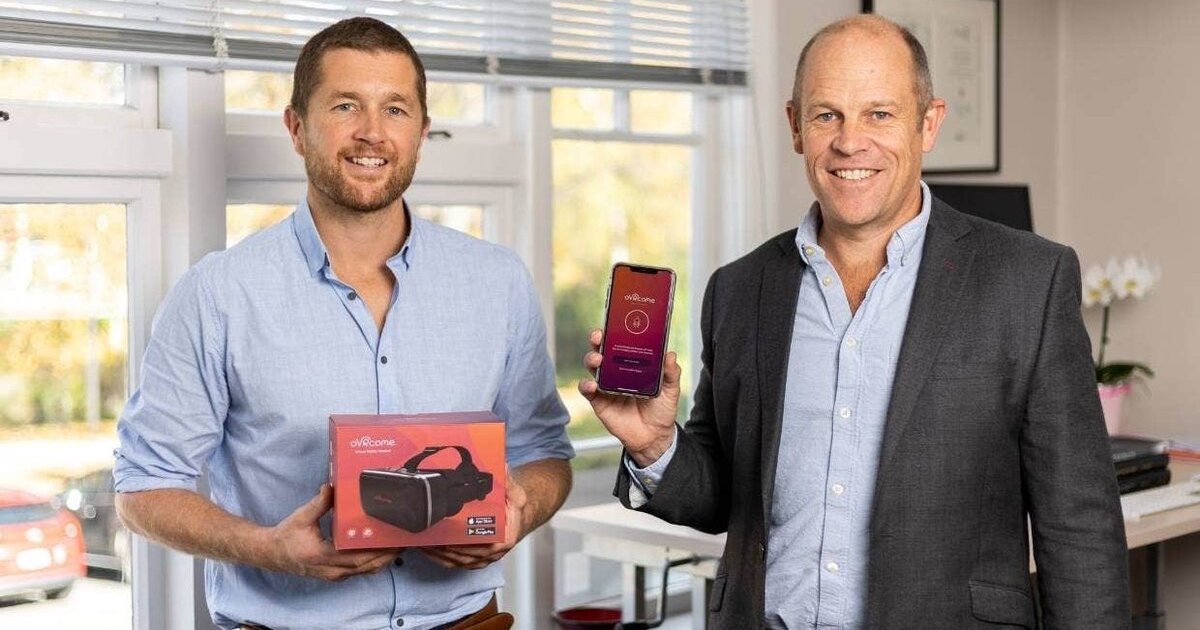 Conducted between May and December last year, the randomised, controlled trial recruited a total of 129 adult participants with fears of flying, heights, needles, spiders and dogs. It was led by Dr Cameron Lacey, associate professor from the Department of Psychological Medicine at the University of Otago.

The study involved the use of a mobile VR app called oVRcome, which offers an exposure therapy programme for patients dealing with anxieties and phobias. Exposure therapy helps patients build up their tolerance to their specific phobias through short bursts of exposure.

Based on findings, which were published in the Australian and New Zealand Journal of

Psychiatry, the app-based CBT programme alleviated symptoms of phobias by 75% among participants after six weeks of treatment.

According to Dr Lacey, “some participants reported significant progress in overcoming their phobias after the trial period, with one feeling confident enough to now book an overseas family holiday, another lining up for a COVID-19 vaccine and another reporting they now felt confident not only knowing there was a spider in the house but that they could possibly remove it themselves”.

The study also noted that during the trial, participants experiencing all five types of phobia exhibited “comparable improvements” in the Severity Measures for Specific Phobia scale.

Dr Lacey said the study has revealed a great potential for the use of VR and mobile apps as a means of self-guided treatment for people struggling with often-crippling phobias. Globally, one in twelve people has either fear of flying, needles, heights, spiders and dogs.

oVRcome’s app-based exposure therapy programme provides users with greater control of exposure to their fears, something that traditional exposure treatments do not offer. “The more traditional in-person exposure treatments for specific phobias have a notoriously high dropout rate due to discomfort, inconvenience and a lack of motivation in people seeking out fears to expose themselves to,” Dr Lacey claimed.

Most recent applications of VR technologies in Asia-Pacific are focused on medical education and helping ease physical pain. Providers in this space include the Japanese VR maker Jolly Good and Australian startup Vantari VR.

A recent study in the United States has found that computer-assisted CBT has helped improve depression symptoms in primary care patients, compared to just regular treatment.

Presently, CBT techniques are employed in mental health programmes offered by mobile health platforms like Intellect and MindFi in Singapore.

NZ entrepreneur Adam Hutchinson developed the oVRcome app with clinical psychologists with the aim to raise the accessibility of mental healthcare. He said that up to 80% of people dealing with mental health issues do not seek treatment due to cost, location, stigma, and lack of trained psychologists.

According to Hutchinson, there are only a few mobile apps in the market that have been clinically studied for their efficacy in treating mental health issues. “We’re really pleased to learn that users were able to build confidence and take steps toward conquering their phobias… The findings from the trial give us real confidence as we launch the product internationally. We know that we can make a difference for so many,” he said.