Cuphead. That one little word is enough to strike fear into the hearts of many, for it’s a notoriously difficult game where only the strong survive. On the flip side, you say ‘Cuphead’, and other people squeal with delight, as they love the challenge, want to overcome it, and appreciate the undeniable charm the game, and its recent The Delicious Last Course DLC, has to offer.

Speaking of the expansion, the adorable Ms Chalice finally makes her debut as a playable character, and what better way to celebrate the occasion than with a PowerA enhanced wireless controller dedicated to Cuphead and Mugman’s charming pal, a device that comes in with a retail price of $54.99. Luckily for me, I managed to get my hands on one of these snazzy gamepads, and let me tell you, it’s everything I hoped it would be.

For the longest time, I’ve been after a wireless controller for my Switch, but could never decide which one to get. Then, as I revisited Cuphead for the hundredth time, a thought came to me – ‘what if I could play Cuphead with a Cuphead controller?’ Thus, my search began, and all of a sudden, the opportunity to review the brand new Ms Chalice controller came up, and I had to take it.

The design of the gamepad itself is fantastic, as it features the same yellow backdrop as that of the PowerA Cuphead and Mugman controllers, except the Ms Chalice design features a light chalk green colour for the analogue stick and buttons – a colour that matches the yellow splendidly. Not only that, but it features the familiar cartoonish explosions, boom pow fighting clouds, stars, and some little hearts. 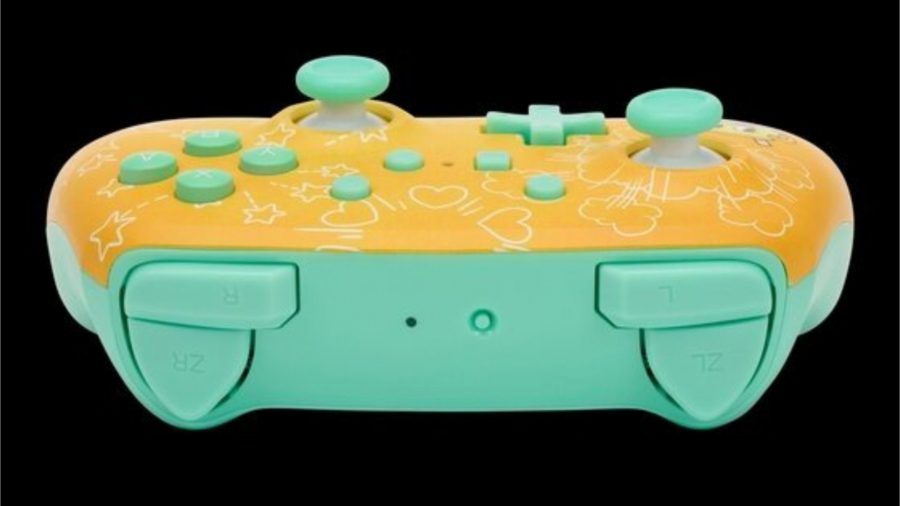 This all comes together to make a wonderful-looking controller, and the character herself on the lower left side of the pad finishes it off perfectly. As for the buttons, you get the usual layout for a Switch controller of this design. However, as it’s enhanced, there are three extra ones on the back. These are advanced gaming buttons that you can change on-the-fly to better suit your needs at the time.

The layout of these extra buttons feels very accessible, as your fingers hover around them naturally and it takes no additional expenditure to give them a tap. Not only that, but each individual button is super responsive – they don’t get stuck, work perfectly, and feel durable. Furthermore, the Ms Chalice controller is so light and comfortable to hold. Everything about it feels natural, and it can certainly hold up for some long gaming sessions.

Rather than having a charge port, the gamepad requires batteries to work. In my experience, the batteries go a long way. I’m yet to change mine, and trust me when I say I tested this little piece of kit extensively. Usually, I prefer rechargeable controllers, but evidently, this one can last a long time, and that’s good enough for me. For the most part, at least. 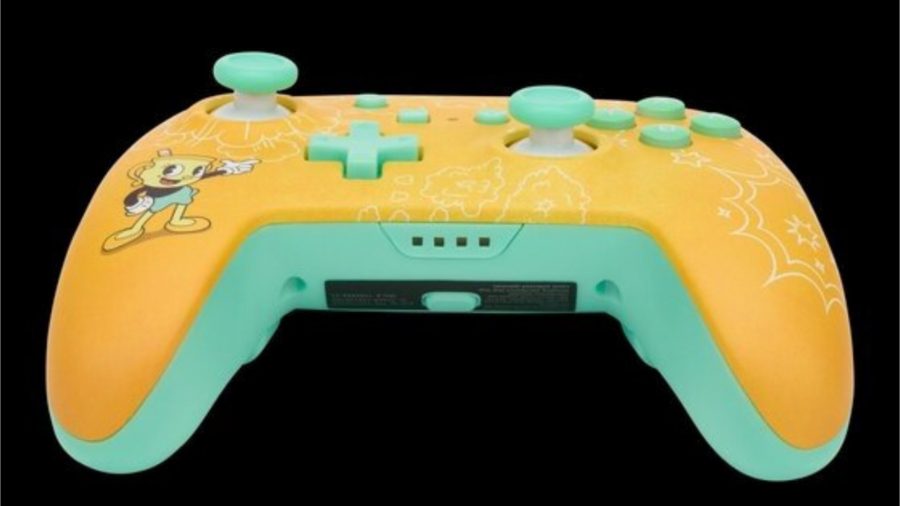 Honestly, I don’t really have anything bad to say about the Ms Chalice controller. As a Cuphead fan, it ticks all the right boxes as it features all the cartoonish charm that I associate with the franchise, while also feeling refreshing as it’s all about Ms Chalice. Because while I love Cuphead and Mugman, it’s nice to make the most out of their trusty pal.

Due to all of the aforementioned features and performance, I have to say that PowerA’s Ms Chalice controller is worth the $54.99 price tag. If you’re in the market for a nice enhanced wireless controller – one that not only meets durability and comfort needs, but features a slick design that you can display proudly – you need to look no further than PowerA’s Ms Chalice controller. And, if you happen to be a Cuphead fan, that’s just the cherry on top.