Manchester United are considering a move to finally sign Lazio’s Sergej Milinkovic-Savic as they attempt to rescue what has become a frustrating transfer window.

Chelsea could find out this week if they have a realistic chance of signing Pierre-Emerick Aubameyang from Barcelona. The club have been prioritising their interest in defender Wesley Fofana, who they remain in dialogue with Leicester City over, and midfielder Frenkie de Jong, who is yet to inform Barcelona that he wants to leave.

World Rugby has no plans to investigate claims that Italy legend Martin Castrogiovanni was ineligible to play Test rugby for the Azzurri as no formal complaint has been made.

Lancashire members aim to force through a vote at a special general meeting to block the club from supporting a reduction in the County Championship programme – unless they give their consent – as resistance to any shrinking of fixtures intensifies.

Chelsea have opened talks with goalkeeper Edouard Mendy over a new contract but there is significant distance between both parties, with the goalkeeper one of the lowest paid players in Thomas Tuchel’s squad.

Nottingham Forest are going back to the drawing board in their search for a full-back after Alex Moreno rejected a £9m move from Real Betis.

Wolves are in talks with Barcelona over the potential signing of midfielder Nico Gonzalez.

Sasa Kalajdzic is the subject of interest from several Premier League clubs including Manchester United, Chelsea and Everton, but the Stuttgart forward wants his future resolved quickly.

Andreas Christensen was forced to pull out of Barcelona’s final pre-season match against Pumas just minutes before kick-off due to a neck problem on Sunday.

Celtic and Rangers could finally be handed the opportunity to move to a new cross-border league as a result of an upcoming court case in Luxembourg. 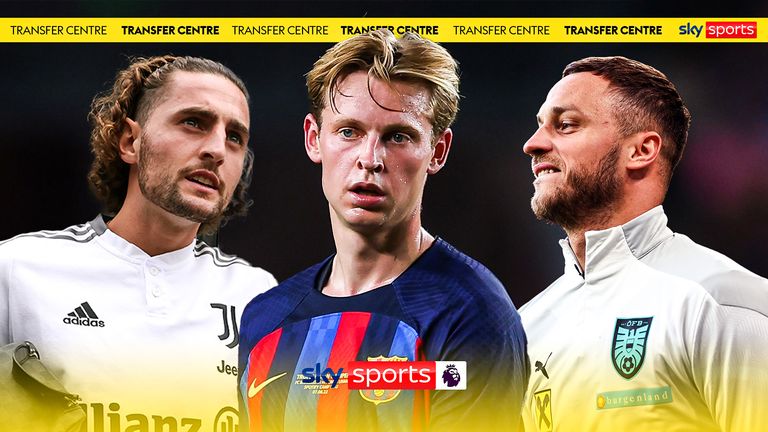 Dharmesh Sheth and Kaveh Solhekol say Manchester United look set to make a move for both Adrien Rabiot and Marko Arnautovic, and discuss whether that could prevent Frenkie de Jong joining the club.

Manchester United’s shock interest in Bologna’s Marko Arnautovic has been confirmed by the player’s agent.

Cristiano Ronaldo sat out again as Manchester United took on Halifax Town in a behind-closed-doors friendly.

Arsenal and Liverpool are both looking to make a move for Villarreal winger Yeremy Pino.

Adrien Rabiot’s mother and agent is only interested in talking directly to Manchester United football director John Murtough, rather than any intermediaries, about personal terms over a potential move to Old Trafford from Juventus.

Erik ten Hag appears to have entrusted Anthony Martial to lead the line for Manchester United this season.

Manchester United overlooked Graham Potter for their managerial role and have since seen the Brighton boss thwart them twice. 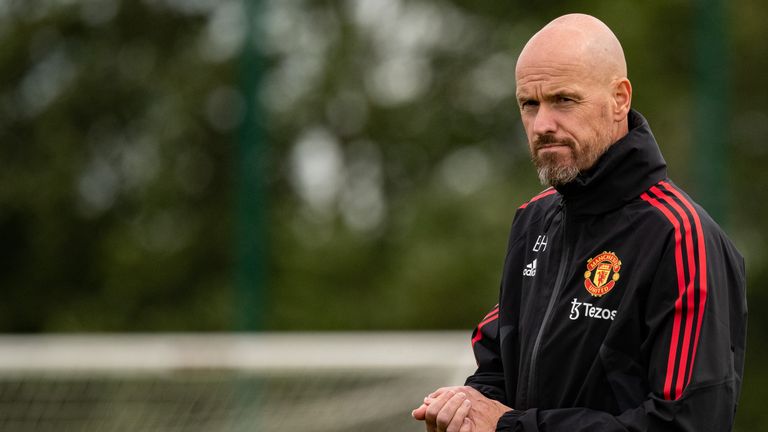 Kaveh Solhekol explains why Manchester United have found it so difficult in the transfer market and why they are now linked with Adrien Rabiot and Marko Arnautovic.

Barcelona still cannot register their summer signings after La Liga rejected an attempt to use the club’s own funds to inflate the value of two of the asset sales they had resorted to in order to balance the books and strengthen their team.

The working conditions of WNBA athletes have come under scrutiny again after Los Angeles Sparks players were forced to sleep at an airport when their flight was cancelled.

Manchester United are closing in on the £15 million-rated Juventus midfielder Adrien Rabiot.

Tottenham Hotspur have made an offer to loan the winger Nicolò Zaniolo with an obligation to buy for £20m, which has been rejected by Roma.

John Kennedy could be on the verge of a stunning Celtic exit to become new boss of Danish side FC Midtjylland.