Within a few minutes of sitting down and talking to Leah Williamson, you begin to understand why she’s been given the job. Her mum, she says, describes her as “aggressive” – for the record, she prefers “assertive” – and her team-mate Jill Scott calls her “cold and unemotional”.

But today Williamson is friendly, warm and funny. It’s perhaps no coincidence she uses the word “balance” a lot as we chat, because Williamson seems to be the epitome of it – astute, level-headed, honest and – perhaps most importantly – authentic. She’ll need that and more as she prepares to lead the Lionesses in what could be a defining few months in hers and her team-mates’ lives.

In the absence of an injured Steph Houghton – who is now fit and back in the squad – manager Sarina Wiegman turned to Williamson to captain England. The Arsenal player has never started at a major tournament and doesn’t captain her club, but Wiegman has been impressed with the progression of Williamson over the years, both physically and mentally. The manager says of her skipper: “She’s herself and she won’t be a different person when she wears the armband.” 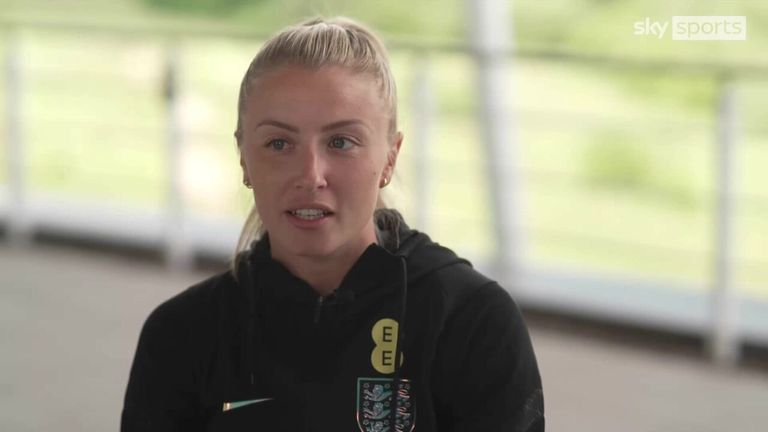 A memorable first meeting between Williamson and Wiegman may also have shaped the manager’s decision. Williamson describes her relationship with Weigman as “very honest”. Recounting the first time they met, the defender said: “I didn’t hold back, I said it how it was. I shocked myself.”

Williamson talks about being hypercritical of herself. She wants to set the standard and tap into the expertise of someone who has led their team to glory at a home Euros, as Wiegman did with the Netherlands in 2017.

“She has an aura, she knows what she is talking about,” says Williamson. “She makes me nervous and edgy. I want to impress her, which makes me strive for more.

“We talked about where we want to go and what we want to be. We haven’t found the right balance as a team and we want to put everything into something.”

The ‘balance’ word again. Williamson and her squad talk about how lucky they are to play in a home tournament given how much the women’s game has developed. They know the pressure that will bring but the captain is determined to “figure out the balance” within the squad, while also enjoying the experience.

Williamson’s ability to compartmentalise has certainly helped strike that equilibrium in the past. She loves football, she says, because she’s able to pick it up where she left it off the previous day.

“I have always seen that as a strength to park it,” Williamson explains. “I am lucky I have always played for a team near my family who I am really close to. Some girls move across the world and you are by yourself so how do you switch off from football?

“I do wonder, though, if there is an edge to being switched on. Am I missing something? I would never force it – I would just go with how I feel. It feels right now. If you really think about it, in the time you don’t touch the pitch, you don’t get worse. I have seen more negative effects of being too consumed.”

Having a packed social diary with plenty of interests outside of football certainly helps the harmony in Williamson’s life. She used her break after the Women’s Super League season to get some rest in the USA, then she was off to Italy and to a front-row seat at a Gucci fashion show.

“I don’t ever do anything I don’t want to do,” Williamson insists. “I do have other interests, I do have things that make me happy. If my grandma rings me and says, ‘I have tickets for a concert this evening’, then I will go. I am going to watch The Killers with her. We go to concerts all the time.

“When I look back on my life I will have been a footballer and I am conscious that it is a short time to make an impact in my sport, but I also have a whole life to live and that time to me is just as important.”

The revelation that Williamson is going to a rock concert with her grandma requires clarity, but she confirms that, yes, they are indeed going to see The Killers together. “I get a lot of who I am from her,” Williamson says of her grandma. “She just lives her life the way she wants to live it. It doesn’t mean she isn’t focused on her work.”

We talk about that focus and the difficulty of striking a balance as a female athlete who loves fashion. Wearing Gucci green trousers doesn’t make her less of a footballer.

“I know I am a role model and I do care how I come across,” she says. “I don’t want people to perceive me in the wrong way but I am thick-skinned enough to know I am taking care of my football and my performance. I am going to sometimes have a bad day but it doesn’t directly correlate, and if it did I wouldn’t do it.” 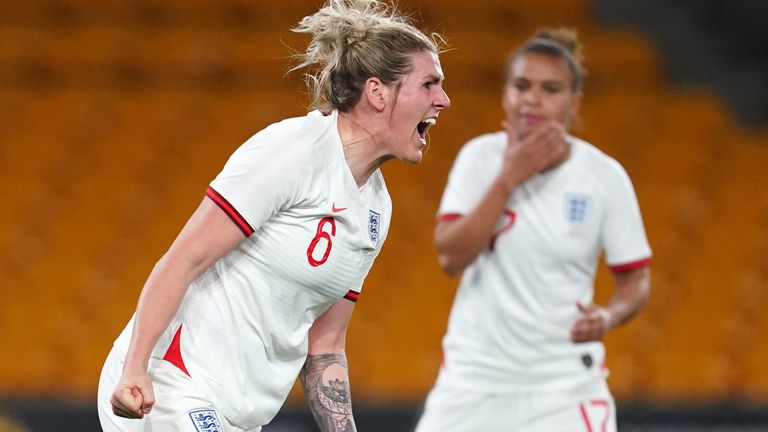 Ahead of the women’s Euros, vice-captain Millie Bright says – despite her joy at the announcement of Chelsea’s takeover – her mentality is fully on England

Over the next few weeks that thick skin may well need to grow a layer or two as the Lionesses become centre stage, and with that, the scrutiny will intensify. Williamson can be relatively anonymous right now, and to prove the point she talks about running an errand on the way to meeting the squad while dressed in her England tracksuit, and no one gave her a second glance.

Williamson admits she is wary of what pressures may lay ahead, though. “It is part and parcel of it,” she says. “I’m not sure anyone can be ready for it, but if it means that our game has gone sky high and future generations to come have something to look up to, then it will be worth it.”

England men’s captain Harry Kane knows something of the pressure of leading at a home Euros, having led the side during their run to the Euro 2020 final against Italy at Wembley last year. Kane watched the women train at St George’s Park last week, and Williamson said: “I have never met Harry but it would be great to speak to him about it. I am lucky Steph is in the squad now and there are so many people around that have expertise that I don’t. I want to learn and absorb it like a sponge.

“I can’t describe the feeling that is surrounding the tournament and how big it is going to be. I don’t think anyone is really ready for the growth. Our game grows so quickly and unexpectedly at times and it surpasses all expectation as it jumps from strength to strength.”

If ticket sales for the tournament are an indicator – the final at Wembley sold out in less than an hour – then this summer could prove monumental for the women’s game. Williamson says she has been a huge football fan her whole life and hopes they can give the nation something to be proud and excited about this summer.

“In 2018, watching the [men’s] World Cup was the best summer of my life,” Williamson says. “Then the year after was ours [Women’s World Cup] and being on the other side of playing in a World Cup and knowing what was going on at home was amazing.

“To know that this is our chance to do what they [men’s team] did last year at the Euros, to give people those memories, it is a nice feeling. Nothing beats getting down the pub or wherever and watching football together – that is our English culture.”

Despite Scott’s description of her captain as “cold”, you can expect a tear or two at the opening game of the tournament when England meet Austria at a sold-out Old Trafford on July 6, says Williamson.

“Everyone says I am cold – Jill Scott says it all the time,” she admits. “I don’t show emotion very often, but what I care about, I really do care about a lot. There’s been a lot of tears during my career and I think that will be one of those moments.”

After almost two decades of striving to reach the level she is at now, who would blame her? As Williamson and her Lionesses aim to become history makers, she says: “I have been thinking about doing that that since I was six. I always wanted to leave my mark and, as a team, the legacy we have started to create is so powerful.

“I am so lucky. I started on this journey with people who had to work two jobs, and I am now on a team where we are all professionals. I am very grateful and proud of the way we represent this team today. We know where we came from, which is important for me, but we would all like to leave the game knowing we have put a trophy in the cabinet.

“We all talk about the men’s team that had all those players that never won everything – the ‘golden generation’. You don’t want to be that team. You also know you can’t just do it with a click of the fingers. You also don’t know what will happen – that is the beauty of football and why we love it.

“It is one of those – do you dare to dream? But also, you need to take care of the day-to-day.”

That’s another balancing act that the England captain already seems to be mastering.