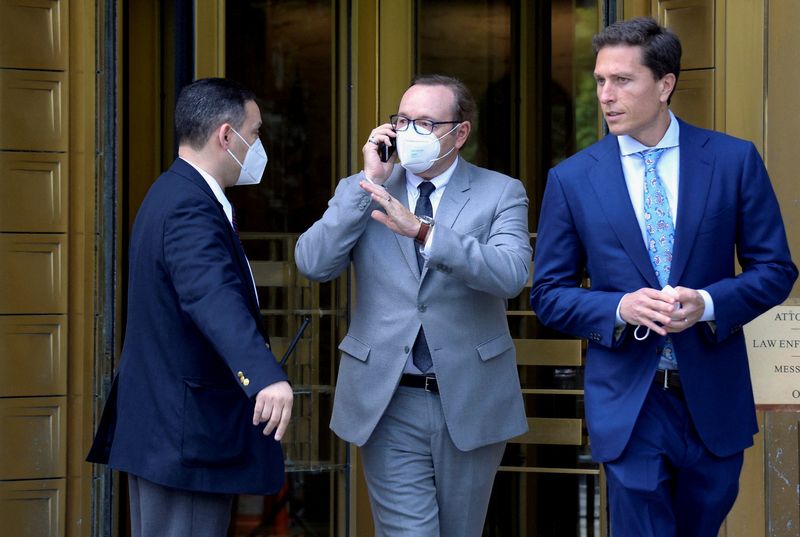 NEW YORK (Reuters) – A federal judge on Monday rejected Kevin Spacey’s bid to dismiss a civil lawsuit in which fellow actor Anthony Rapp accused the Oscar winner of making an unwanted sexual advance during a party at Spacey’s Manhattan home in 1986, when Rapp was 14.

U.S. District Judge Lewis Kaplan in Manhattan said there was a genuine factual dispute about whether Spacey, now 62, forcibly touched Rapp’s “intimate parts” to gratify his own sexual desire.

The judge said Rapp, who is seeking compensatory and punitive damages, could pursue claims of battery and intentional infliction of emotional distress. He dismissed Rapp’s assault claim because it had been brought too late.

Lawyers for Spacey and Rapp did not immediately respond to requests for comment.

Once one of Hollywood’s biggest stars, with Oscars for acting in “American Beauty” and “The Usual Suspects,” Spacey has largely disappeared from public view since being publicly accused of sexual misconduct in 2017.

Spacey said at the time he did not recall the alleged encounter with Rapp, but that if it happened he owed Rapp an apology “for what would have been deeply inappropriate drunken behavior.”

Rapp has said under oath that the alleged encounter involved no kissing, undressing, reaching under clothes, sexualized statements or innuendo, and lasted no more than two minutes.