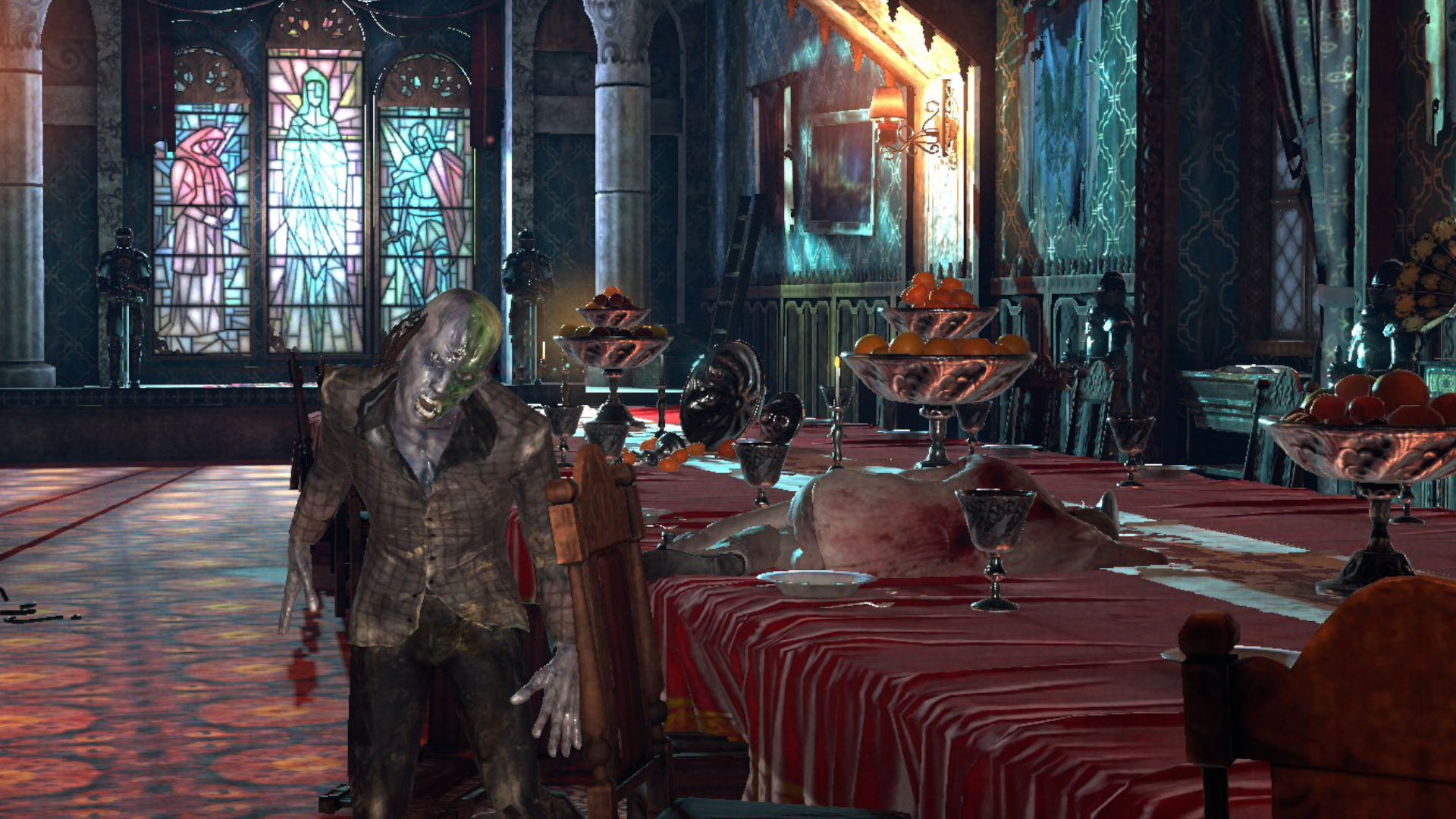 We like it when a developer listens to constructive criticism, and we love it when something is actually done about a complaint, so the news that House of the Dead Remake has seen an update to improve on its much-maligned gyro controls is very welcome. With the redefined controls, there’’s never been a better time to bust some zombie chops.

If you’ve already jumped into the reimagined horror classic, the news of the House of the Dead update is probably very welcome, as it is for PT writer Nathan who wrote our House of the Dead review just a couple of months ago. Our original write-up was critical of the controls, especially in an arcade classic like House of the Dead, but we’re happy to confirm that with a bit of time playing after the update, things feel much better.

The new update brings the House of the Dead console experience even closer to the classic arcade version, perfect for an evening of picking off skeletons with your trusty pistol and a good pal.

What does the new House of the Dead update include?

As well as perfecting gyro controls for taking out the hordes of zombies in your way, the new House of the Dead update also includes single-player touch controls, so you can swipe away the evildoers who are out for blood with ease. There’s a bunch of other quality control updates too, including translation tune-ups, added voice-over work, and some other general bug fixes.

A new update for THE HOUSE OF THE DEAD: Remake is now live on #NintendoSwitch in all regions!

🧟Read the patch note below🧟 pic.twitter.com/ueDJjcRiQe

There you have it, all you need to know about the House of the Dead update to gyro controls and more. For another way to experience waging war against the living dead, be sure to check out our picks for the best zombie games on Switch and mobile.