Among the awesome group of unique characters in Honkai Star Rail, Clara and Svarog still manage to stand out. This tiny, innocent girl is rarely seen far from her intimidating, robotic companion, and their contrast is as stark day and night. However, due to Svarog adopting Clara at a young age, they’ve grown a bond so close that even the effects of a stellaron couldn’t damage it.

If you want to aid Svarog in protecting Honkai Star Rail’s Clara and help her in her mission to make Belobog a safer and happier place for everyone, then you’re in the right place. Our Clara build guide takes a close look at all of her skills and eidolons, and explains the best role, light cones, and relics to equip her with. Mr Svarog is her family, and maybe you can be too.

Who is Honkai Star Rail’s Clara?

Clara is a sweet, soft spoken girl who was raised by a super intelligent robot called Svarog, and this unusual upbringing has given her tenacity and perceptiveness far beyond her years. Clara is shy and timid, but she’s also extremely considerate and passionate towards others, even the guard robots. She always considered Svarog’s logical calculations to be infallible law, but as she grows she realises that ‘calculations’ don’t always take all variables into account – and they’re not guaranteed to suit everyone.

Honkai Star Rail’s Clara is a five-star character who deals physical damage and treads the path of the Destruction. Her and Svarog are voiced by Emily Sun and D.C. Douglas in the English dub, and Hidaka Rina and Yasumoto Hiroki in the Japanese dub.

With a bit of help from Svarog, Clara makes for a great off-tank and physical damage dealer. Svarog’s mark of counter allows her to dish out plenty of counterattacks between her turns, and her ult sees her and Svarog taunt enemies and soak up some of the damage that could otherwise be taken by a teammate with lower HP or defence. This makes Clara a brilliant unit for a team in need of a tankier, AoE damage dealer to protect squishier buffers and DPS.

When building Clara, we recommend your prioritise increasing her attack and physical damage as most of her skills scale with these stats. However, as this info is based solely off the second closed beta, and we haven’t had much of a chance to test out different builds. We’ll update this section when we’ve got our hands on the full game in the wake of the Honkai Star Rail release date.

Which light cone should I use for Honkai Star Rail’s Clara?

Something Irreplaceable is a five-star light cone designed specifically for Clara. It increases her attack and damage dealt, and heals her when she’s hit by an enemy, which perfectly compliments her playstyle and ult.

But five-star light cones are hard to get your paws on as they require a sprinkling of luck from the RNG gods. If you can’t get hold of Something Irreplaceable, you can, ironically, replace it with another light cone – preferably one that increases her attack or buffs her counterattacks. Just be sure to only equip her with one that aligns with the path of the Destruction in order to activate its skill.

Which relics should I use for Honkai Star Rail’s Clara? 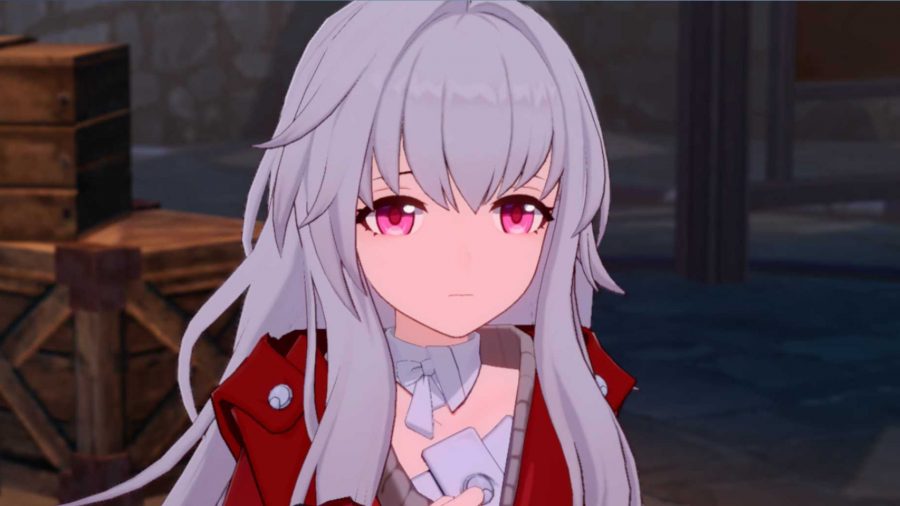 What are Clara’s eidolons?

Like Genshin Impact’s constellations, Clara’s eidolons are special bonuses and buffs you can unlock by pulling more than one copy of her.

That’s everything we know about Honkai Star Rail’s Clara at the moment. We’ll be sure to update this guide when we find out more. In the meantime, head over to our list of the best games like Genshin Impact for a fresh adventure.