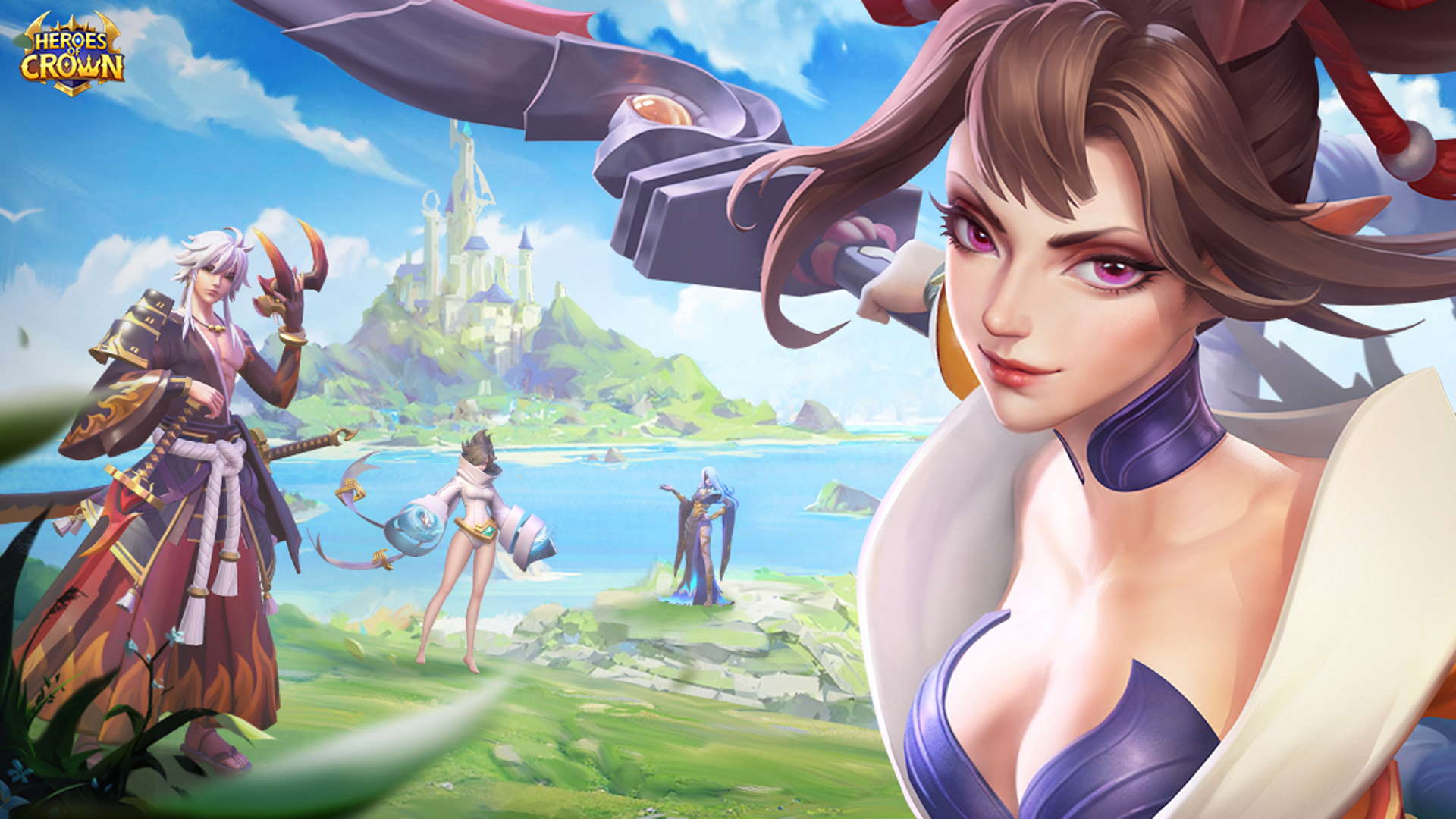 Get ready to meet a new type of RPG coming to mobile that gives you all the fun and adventure of your favourite games with none of the grind. Heroes of Crown, a strategic idle RPG with a stunning game world and beautiful character designs, will be launching via the Google Play Store and the App Store on iOS in early July, and there’s a massive giveaway starting now to celebrate pre-registrations going live.

In Heroes of Crown, players are transported to a beautiful and expansive fantasy world, rendered in gorgeous 3D graphics. Jump in and out of battles with the innovative ‘swapping’ system that allows you to choose how much control to have during fights. Your characters will continue questing when you’re away from the game, so you’ll always be making progress, regardless of how much time you have to play.

Enjoy the game solo or take on players from around the world with global PvP. Fight for yourself or bet on other players for in-game currency in the online arena. You can also team up with friends in co-op battles.

Heroes of Crown launches in the US, Canada, Australia, and New Zealand in early July, and to celebrate the launch, developer Woobest Games is rolling out a special launch event that will see pre-registered players granted in-game rewards and even given the chance to win some amazing real-world prizes.

To get involved in Heroes of Crown as soon as it launches, all you need to do is sign up for the pre-registration event, which runs from now until the game’s official launch in early July. In exchange for signing up, you’ll receive a five-star Mage character as well as 100 Recruitment Reward Boxes to help start you on your way.

On top of this, Woobest Games is giving away physical prizes to participants that sign up to the pre-registration. Pre-register now to get a chance of winning an iPhone 13 Pro Max or a $150 Amazon Gift Card! There will also be a chance to win an iPad Air through the game’s official Discord, so keep your eyes out for that.

There are also prizes to be won in the official Heroes of Crown discord server – join today to find out more. Good luck!