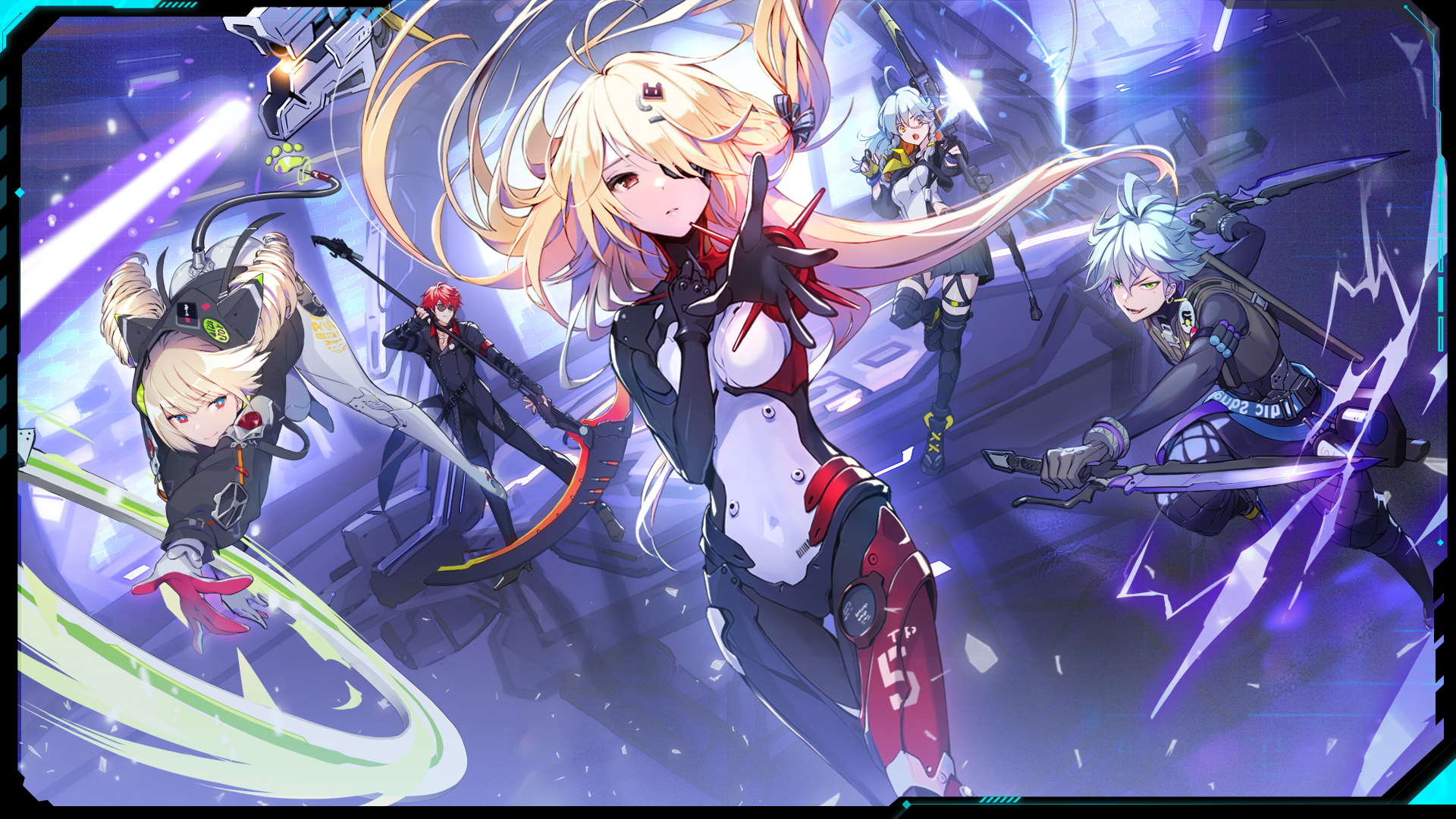 We’ve been spoiled for high quality MMOs this year, so you’d be forgiven for missing the news that Tower of Fantasy is coming to the global market in the last quarter of 2022. Now you know, however, there’s no excuse for sleeping on the launch of this exciting, shared open world, sci-fi adventure. As you’ll see, the game outdoes its rivals in several areas.

With a gorgeous anime art style and a fully explorable world of fantasy on the planet Aida, everything we’ve seen so far of Tower of Fantasy has just made us more impatient for its release. Fans in other parts of the world have been playing it for some time, and it has gathered a large and dedicated audience in China.

For the first time ever, from 5pm PDT on August 10, you’ll soon be able to jump into Tower of Fantasy and start your own adventure, make friends, or discover your own path, as you explore Aida and meet its unique inhabitants. The vast open world is shared between you and other players, meaning you can embark on your quest with support, or help others when you can.

We’ve put together a few details about Tower of Fantasy, and rounded up all the reasons you should pre-register now, along with the three million people already signed up.

You can’t go wrong with a post-apocalyptic sci-fi world, and Tower of Fantasy crams all the best parts of the genre into the world of Aida. This vibrant, verdant planet was colonised by humans, who needed a new place to thrive after earth ran out of natural resources. Aida is rich in Omnium, a resource that holds great power, which must be mined using the Towers of the title.

Tragically, humanity’s hubris strikes again, and the Omnium harvesting appears to have taken a turn for the worse. As a terrifying outbreak of mutations and monsters begins to appear with unknown links to the Omnium, the criminal factions of the world crawl up from the darkness and lay claim to the Towers.

You’ll explore Aida as your own custom character, helping your friends and the other residents of the planet to uncover the secrets of Omnium, control the outbreak, and rescue the world from human greed. Along the way you’ll be able to cook, fight, climb, take photos, solve puzzles, and more.

Plenty of ways to explore

Most MMORPGs let you walk and run, and if you’re lucky, you can ride on a horse or a dragon. Tower of Fantasy goes a bit further, supporting multiple ways to traverse the enormous shared open world that you’re going to call home – you certainly aren’t going to see everything in this land if you’re just wandering about on foot.

Several of the Tower of Fantasy trailers have focused on transportation and movement. So far we know that your character will be able to swim through the vast oceans and ride on futuristic motorbikes.

Vehicles in the game are called ‘Relics’, including the aforementioned motorbikes along with jetpacks, tanks, and more. Of course, you can still go old-school and explore on foot, but there are plenty of options for finding your feet on the alien terrain.

You can party up with your friends to tackle the world together, which will be a major bonus when you’re facing a particularly tricky quest or dangerous beast. Some of Tower of Fantasy’s dungeons can be tough to tackle solo, so ensuring you have a squad on your side to help you out in combat could mean the difference between life and death.

You don’t even need to be in a team at the start of a battle to get the benefits. If you’re in a bind, you can call for help to the rest of the shared open world, and other players can jump in to help out. You can do the same for anyone else struggling with a tough fight – be sure to repay the generosity of others!

Or you can just chill out in the massive shared open world, exploring every nook and cranny with your buds. There’s so much to see and do in Tower of Fantasy that doesn’t involve fighting monsters, so take the opportunity to hang out and see the sights when you can.

It might be hard to actually start the game, as you’ll no doubt be immersed for hours in the detailed character creator. The options present are highly sophisticated and complex, allowing you to customise even the tiniest facial detail of your character. You’ll be able to make them look exactly the way you do, or explore the wild and wacky sci-fi options available.

If you like the way a friend looks, you can also port their design straight to your own character. We’re imagining whole gangs of identical characters causing havoc, or colour coordinated pals bringing a touch of fashion to the game. And even if you’re not one for a character creator and would rather make your debut as the default model, you can still intricately plot your characters skills and abilities as you play.

We know for some this is the best part of the game, and Tower of Fantasy won’t leave you hanging. Your character can be equipped with all manner of items, including three different weapons, strengthening and levelling up their Battle Power level.

Each dungeon will spit out rewards on completion, but the harder it is to defeat, the better the rewards you’ll get. You can also upgrade and enhance your weapons to keep yourself at the cutting-edge. There are numerous types you can equip, including staffs, swords, big guns, dual swords, spears, bows, and more.

You’ll be able to chase down loot that corresponds to your preferred element, and each has its own ultimate skill which can be used when the weapon bar is charged up. Bear in mind the sci-fi setting – these weapons are going to pack a punch.

Although you’ll be able to jump in at any time once Tower of Fantasy is released at 5pm PDT on August 10, we advise you get on the pre-registration list for a selection of quality bonuses that will boost your experience from day one.

These include an exclusive Avatar, thousands of Gold, several food items, a limit title, Jetpack paint, weapon batteries, a couple of Gold Nucleus, and a Star Sand outfit. You’ll also get over 50 draws and an SSR selector for free when you start the game as part of the launch bonus. To pre-register, head to the Tower of Fantasy website.