Kewell, 43, has been out of work since being sacked by side Barnet last year after just four months in charge of the National League side.

Postecoglou revealed he decided against adding to his coaching setup initially and was assisted by John Kennedy, while Stephen McManus, Gavin Strachan and Stevie Woods made up the backroom team.

However, after clinching the Scottish Premiership title and League Cup in his first season, Postecoglou has turned to the former Liverpool and Leeds attacker who will join as a first-team coach.

Kewell just missed out on working under Postecoglou for the Australian national side and also Melbourne Victoria but previously revealed a key piece of advice from the 56-year-old. 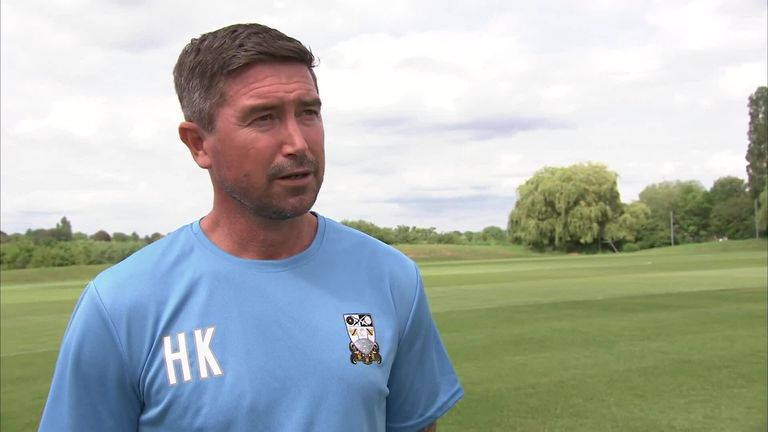 Speaking last June after Postecoglou’s arrival at Celtic, Kewell insisted the Australian would play his own style of football and ‘won’t be tempted to play any other way’

“The one thing Ange told me, and this has stuck with me, is go your own way,” he said.

“Once you start listening to other people, you run into trouble.”

Postecoglou reflects on his first year at Celtic 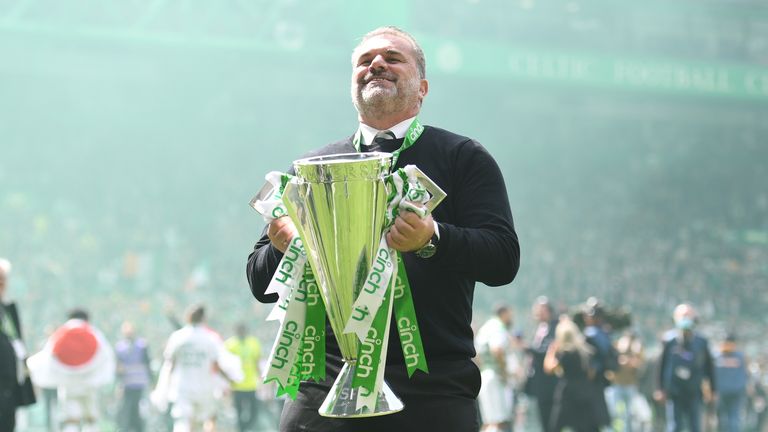 A year ago Celtic looked to the relatively unknown Ange Postecoglou to revitalise a club in turmoil and he silenced doubters by winning the Scottish Premiership title and League Cup during his debut season.

Postecoglou’s start to life at Parkhead did not begin brightly, failing to win his first three matches which resulted in a Champions League exit and an opening-day defeat to Hearts in the league.

However, the Australian always insisted he would not waiver from his footballing philosophy of attacking, entertaining and relentless football, and piece by piece he rebuilt a struggling side who were blown aside by Rangers the previous season.

The title win came at Tannadice on a Wednesday night in May, with the manager promising this was only the beginning for him and his emerging talent at Celtic.

After Celtic were crowned champions of Scotland in Postecoglou’s first season in charge, take a look at some of the key games on their road to the title

“I’ve had a lot of success but this is definitely the hardest challenge and the hardest year I’ve ever had,” said the former Australian manager as he reflected on 365 days in charge.

“I did an interview after the game and I couldn’t put into words exactly what was the strongest emotion.

“I think looking back now and the way we finished off in the last game, I think there was a part of me that said, ‘no, I don’t want this to be the full stop’.

“This season was about building the first foundation of a team that I hope will be competing and be successful in the Premiership for the next few years.”

With Celtic’s title win comes qualification for the group stages of the Champions League and Postecoglou is looking for his team to grow on the biggest stage in European football.

“My role is to make us better next year, we need to be better,” he told Sky Sports.

“It’s the same in the Champions League, our role is to get there and make an impact.

“It’s not just about making an impact next year, it’s about building a team that will continually make an impact and that takes time.

“We’ve had a process, we’ve had success in the transfer market without a massive spend. That’s the club we are and that’s the area I want us to continue to grow in and that’s what we’ll do.”