The Nintendo Switch has been privy to an embarrassment of riches when it comes to controllers. From 8Bitdo, the Hori Split Pad Pro, and the incredible official Pro Controller, you can even grab an officially licensed Nintendo 64 controller for the system! Sadly though, the controllers packed into the box known as the Joy-Cons have been something of an Achilles heel for the Nintendo Switch despite its roaring success over the last few years.

An issue that many Nintendo Switch players have noticed (myself included, I’ve had to replace a £70 pair of Joy-Cons already), is that the Joy-Con have a tendency to start drifting in one direction. Occasionally when the controller is left alone, not touched at all, the analogue stick will float to the left of its own accord. And that’s where the GuliKit Kong Pro 2 comes in.

Designed with a patented anti-drift technology that uses magnets to manoeuvre the analog stick to reduce wear and tear, this controller has just about everything you could ask for, while also promising to never move like Beyoncé, and drift to the left, to the left. But is it still a good controller in its own right?

Immediately when pulling it out of the box, the King Kong Pro 2 feels like a premium product. It comes in a nice plastic case that really helps if you want to take a controller with you in your bag. Personally, when I travel I like to take my OLED, kick out the stand, and use a proper controller. The King Kong Pro 2 has become my choice for travel, and the plastic case is definitely a small part of the decision. 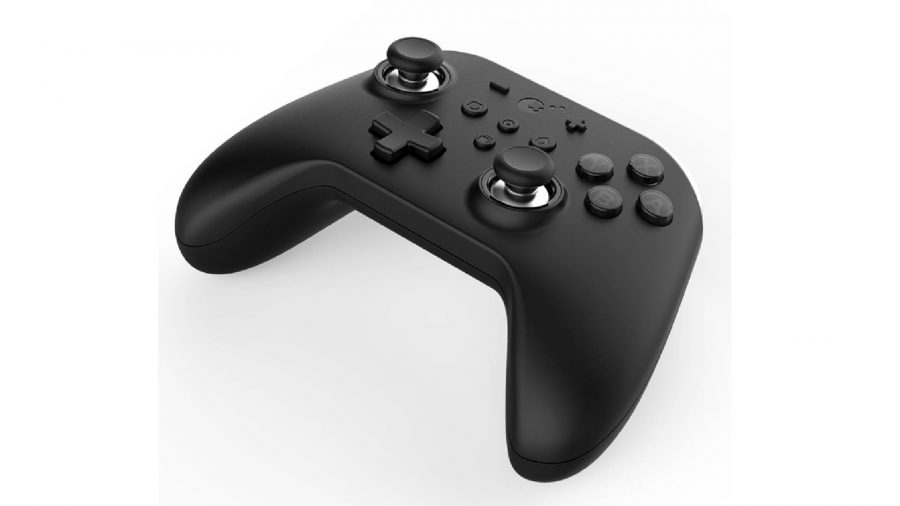 It comes in a nice matte black, while the bases of the analogue sticks and the shoulder buttons have chrome silver paint over the plastic. I’m not a huge fan of this chrome effect, but it’s not really an issue. Also, while the L and R shoulder buttons have traditional digital inputs, the ZL and ZR have the option of analog triggers, something I sorely miss as a Gamecube baby.

The back of the controller has a nice textured finish that helps when gripping it, and the top of the analog sticks have a ridged finish that makes it tough for your thumbs to slip off. When placed in your hand, the King Kong Pro 2 is definitely a little lighter than your traditional Pro Controller, but not so light as to feel like a toy. It still feels like a premium product, in large part thanks to the great choice of materials in every regard. 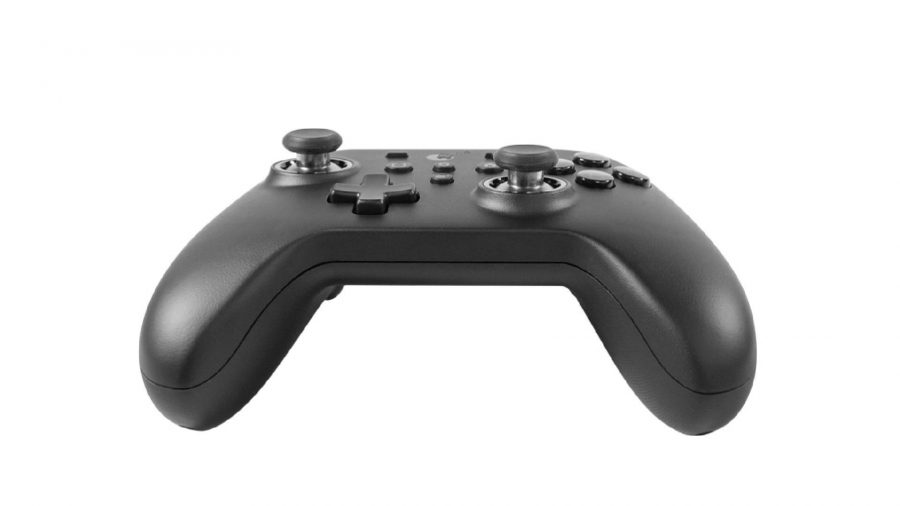 As for the actual controller feel, all of the main face buttons have a satisfying click without making a loud noise. The shoulder buttons feel nice and clacky, while the analog triggers feel great to pull in. At the top of the controller, you also find a slider to change between Nintendo Switch, Windows, and Android, allowing you to quickly and easily set up this controller for other devices. I’ve tested it with an iPad, and it all works seamlessly.

The actual analog sticks especially feel really nice to move, with just the right level of resistance. The d-pad doesn’t feel quite as nice as I would like, as it just depresses a little too softly compared to the satisfying click of other buttons, but it works perfectly well through a serious Tetris 99 session, so it definitely performs as you need it to. 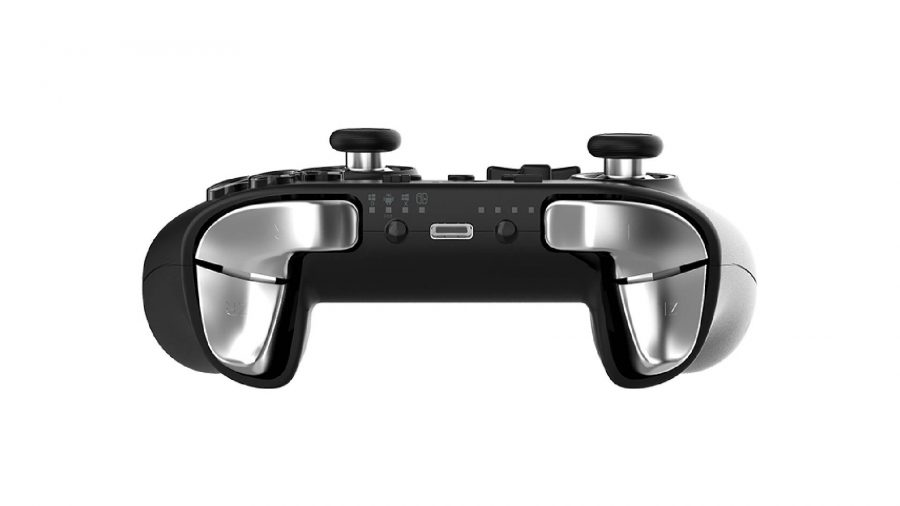 When it comes to features, the King Kong Pro 2 is an embarrassment of riches. We’re talking motion controls, rumble support, wireless, amiibo support, and the controller can wake up the Switch from sleep mode with the press of the home button. There’s nothing a Pro Controller can do that the King Kong Pro can’t, which could be the first time a third-party controller has had complete parity with the official Nintendo product.

Everything seems to work absolutely fine as well, I took Breath of the Wild for a spin to try out the motion controls and the amiibo support, and all features work flawlessly. It should be mentioned how great the King Kong pro 2 feels in the hand as well. That slight decrease in weight with the premium materials feels fantastic, and the analog sticks are clearly designed to take a beating. I never feel any issues with lag, with response time in games like Super Smash Bros and Tetris Effect all feeling great. 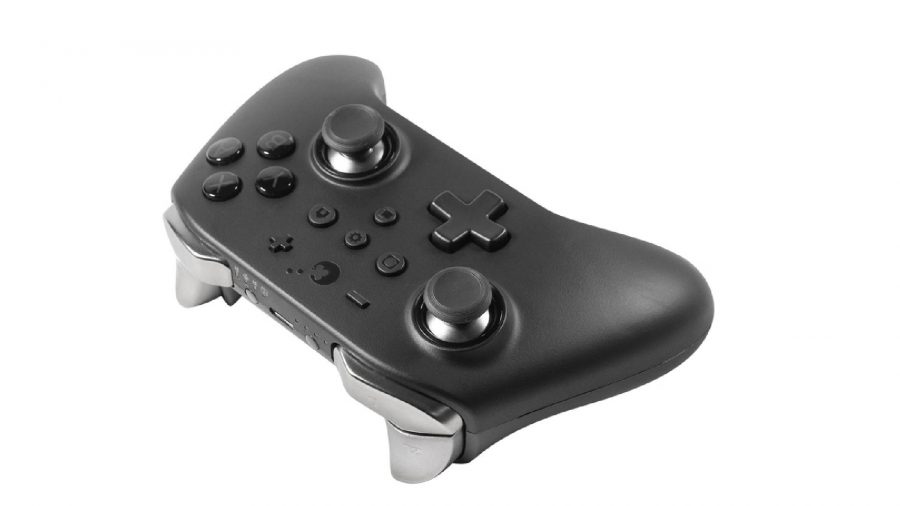 What the King Kong Pro 2 does differently though, is like many third-party controllers, it has a programmable extra button. While there aren’t paddles on the back of the controller, there is a small button with a gear symbol between the Home and Share buttons. This can be used to program actions, such as constantly pressing A to shoot a weapon or to pick up items in Animal Crossing. If you have used this feature before you’ll know how handy it can be, and it works very quickly and efficiently here. Simply hold the gear button and press the button combo you want to program, and then press it again to perform that task.

But what GuliKit are boasting about the most while pushing this controller, is its ‘new’ patented anti-drift technology. Using electromagnetics instead of a physical mechanism, the controller detects movement through the use of these magnets, instead of physically touching a sensor where there is room for wear and tear. I’ve been using this controller solidly for weeks. I’ve played Breath of the Wild, Mario Kart, Monster Hunter Rise, Fortnite, OlliOlli World, and plenty of games in between. As far as I can tell, the controller has performed with pinpoint accuracy and a perfect response time at every opportunity. 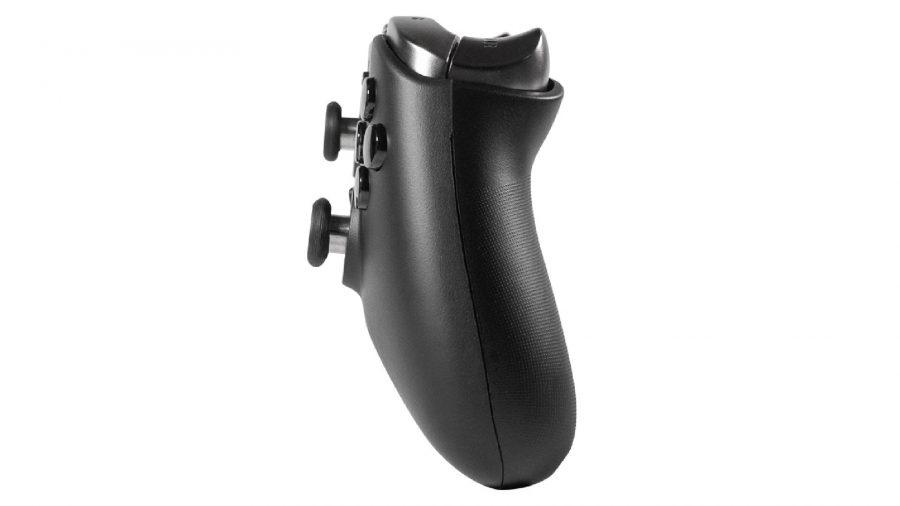 Most controllers do not start to drift until quite a few months into their life, if not a couple of years, so truly testing this controller will be a long review. But for now, I have seriously put it through its paces and have come away impressed at every opportunity. Considering this controller is priced at around £60/$60 on Amazon, that puts it just under the price of a regular Nintendo Switch Pro Controller.

I will say it doesn’t feel quite as good as the regular Pro controller (I quite like the weight of them), but I’m happy to say this is the best third-party controller I‘ve ever felt both in form and in function. The GuliKit King Kong Pro 2 is a perfect choice for a second controller, and with so many extra features, it should be thought of alongside the official competition from Nintendo themselves.