Motherwell have sacked manager Graham Alexander on the eve of the new Scottish Premiership season following a run of poor results.

The Fir Park side saw their Europa Conference League aspirations ended on Thursday at the hands of League of Ireland Premier Division side Sligo Rovers.

A 1-0 defeat at home followed by another 2-0 loss at The Showgrounds resulted in several ‘Well fans demonstrating their frustrations towards Alexander.

Motherwell had won just five of their last 23 competitive outings under Alexander, a sequence of results that ultimately cost the former Scotland international and assistant Chris Lucketti their jobs.

The Steelmen – who have won only once in their last 14 away games – kick off their new Scottish Premiership campaign at St Mirren on Sunday with academy director Steven Hammell set to take charge of the team alongside under-18s coach Brian Kerr.

‘The timing is not ideal’

Motherwell chairman Jim McMahon said: “Graham asked to speak with us early on Friday morning, and everyone agreed that it would be best to make a change.

“We asked Graham to reverse our fortunes when he arrived 18 months ago and he did that, before a really solid start to his first full season at Fir Park laid the foundations for what ultimately led to a fifth-place finish and European football.

“However, things haven’t gone as well for a spell in 2022 and although the timing is not ideal, we hope a change will bring about fresh impetus for everyone ahead of the 2022/23 season.

“I would like to place on record our sincere thanks to Graham and Chris for all their hard work and effort and wish them every success in their future careers.” 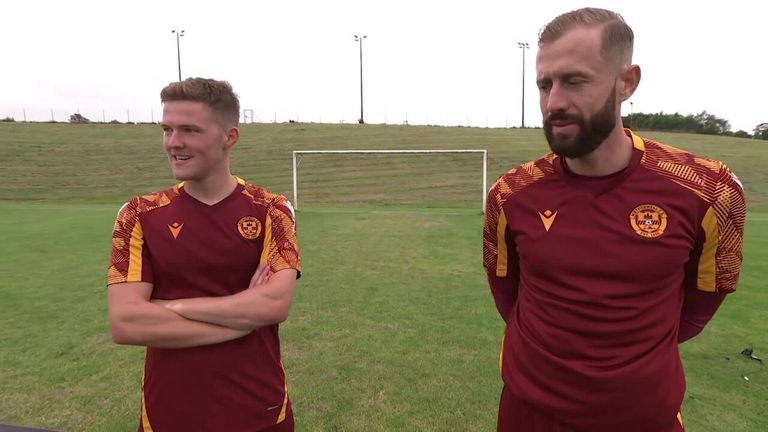 Graham added: “I have thoroughly enjoyed my time at Motherwell and leave with nothing but good wishes for the club in the future.

“I’m proud that we came in with the club joint bottom of the Premiership, and 18 months later leave having first secured our Premiership status, then qualified for Europe in our first full season. Our points tally in that time is only behind Rangers and Celtic.

“I also want to thank everyone who has worked so hard alongside us, and for the support I have received from Alan Burrows, Jim McMahon and the board of directors. It has been a pleasure to represent Motherwell Football Club.”

Academy director Steven Hammell will take charge of the first team on an interim basis, assisted by under 18s coach Brian Kerr.