There’s a lot to like about Genshin Impact, but one of its most impressive features is just how gorgeous it looks. It’s the sort of game that pops off the screen at every possible second, almost like it was made to be turned into wallpapers, just like the ones we’ve put in this list.

Whether you’re looking for a swooping, swooshing action shot, a more contemplative landscape image, or something in between, you’re going to find a picture to fall in love with here. Some of them are almost impossible to take your eyes off. Honestly, it’s hard writing this feature because it requires us to stop looking at the Genshin Impact wallpapers we’ve picked out for you.

We’ve tried to choose images that really capture the heart of Genshin Impact, displaying everything there is to love about the gacha RPG in a single picture. The hardest part of the whole process was whittling down the picks into a digestible list. We could have used up all our bandwidth on this one.

The “Hidden Dreams in the Depths” wallpaper series is now available! 🥰

The Tweet above offers some great wallpapers from the official Genshin Impact Twitter, featuring art from the 2.7 update. Click this link to install the full versions. 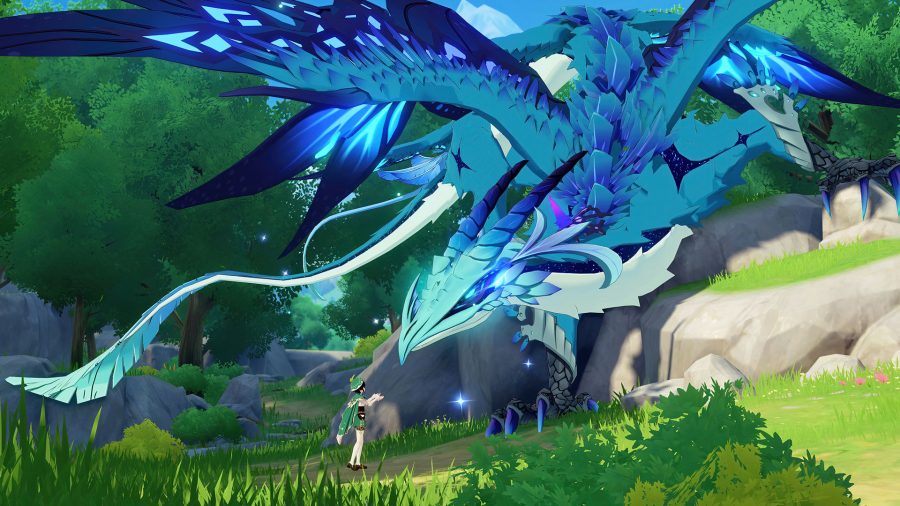 What’s cooler than Genshin Impact’s Venti? How about Venti talking to a giant blue dragon? This wallpaper somehow manages to capture the heart of Genshin Impact in a single image. It’s massive, but it’s intimate too. And there’s a giant dragon. Nothing says ‘you’re awesome’ like having a giant dragon on your wallpaper, trust us. 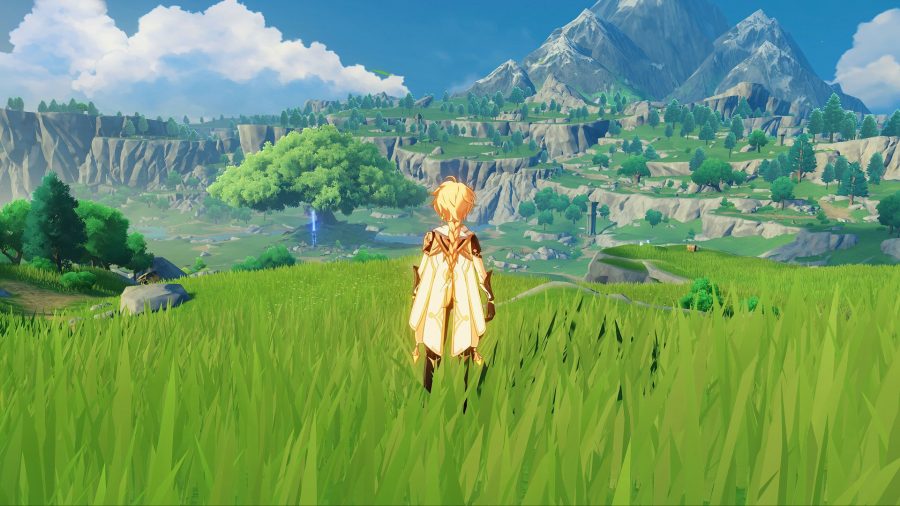 This is probably one of the most famous Genshin Impact images out there. The waving grass, the distant vistas, the bluest of blue skies. It’s the sort of wallpaper that you’re going to want to get lost in. 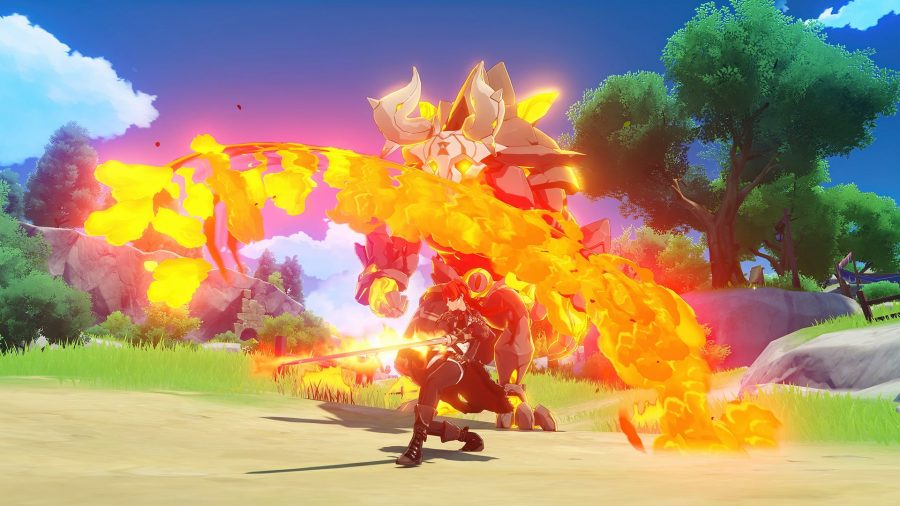 Genshin Impact’s Diluc, how swoonsome you are. We’d love to take you everywhere in our pocket. And now we can with this excellent wallpaper, which also features fire. Mmm, cleansing fire, what more could you want? 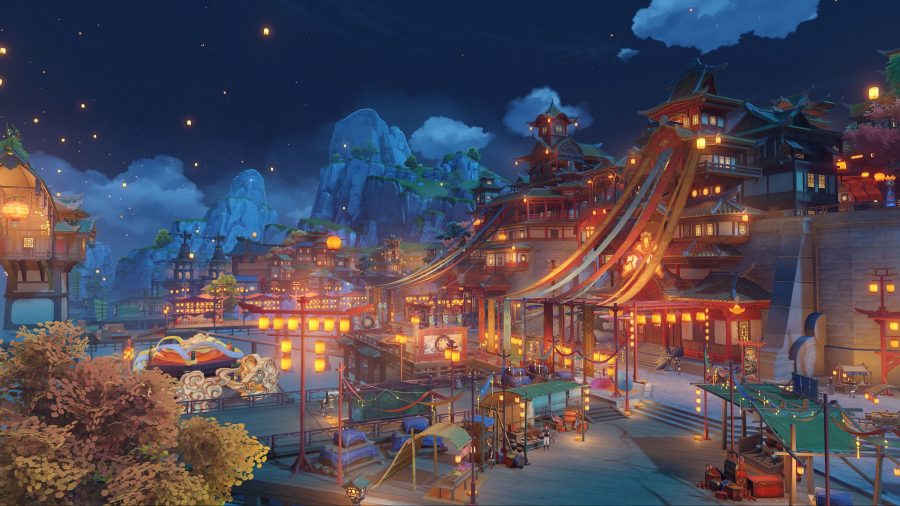 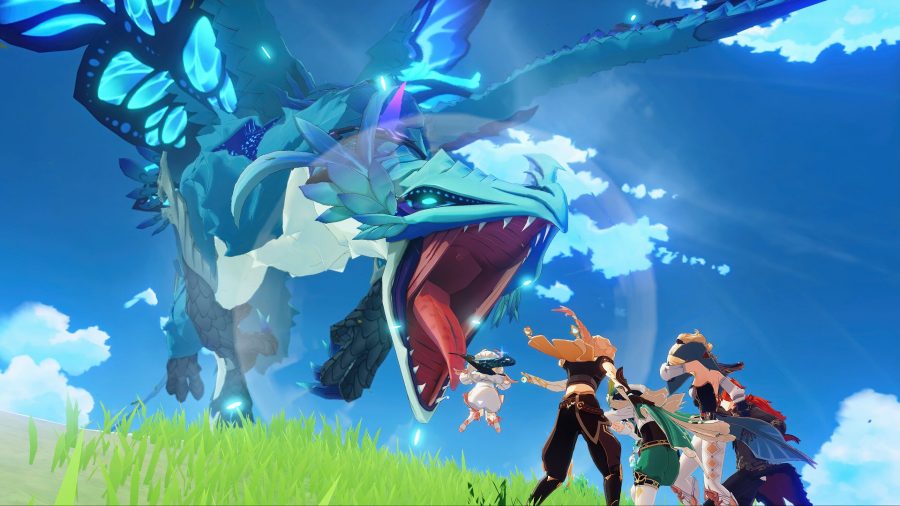 Hey, it’s that blue dragon again! This time it looks way madder, though, not to mention ready to devour half the game’s cast. Maybe you could swap between this one and the first wallpaper to display your mood? 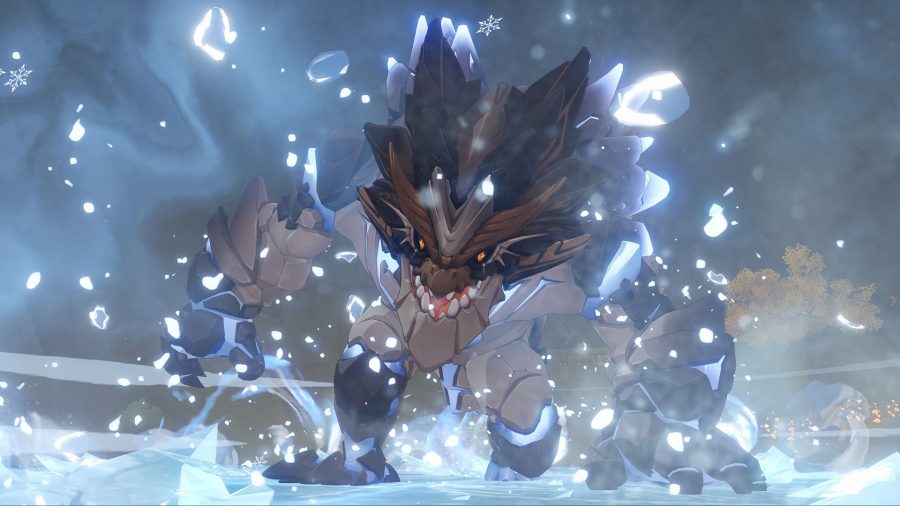 A monster from the latest update. It’s big, it’s mad, and it looks absolutely gorgeous. Hero wallpapers are for losers – the real wallpaper legends only ever use terrifying beasts as their backdrops. And that’s a fact. 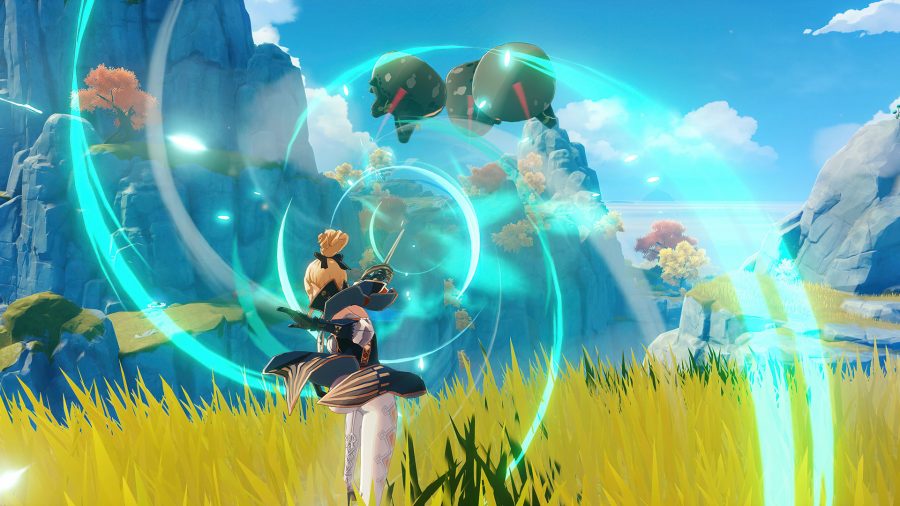 Hey, look! It’s Genshin Impact’s Jean, waving her rapier around and casting an impressive-looking wind spell. Here’s a fact about Jean: her birthday is March 14. A spring birth and a cool wallpaper? What doesn’t Jean have? 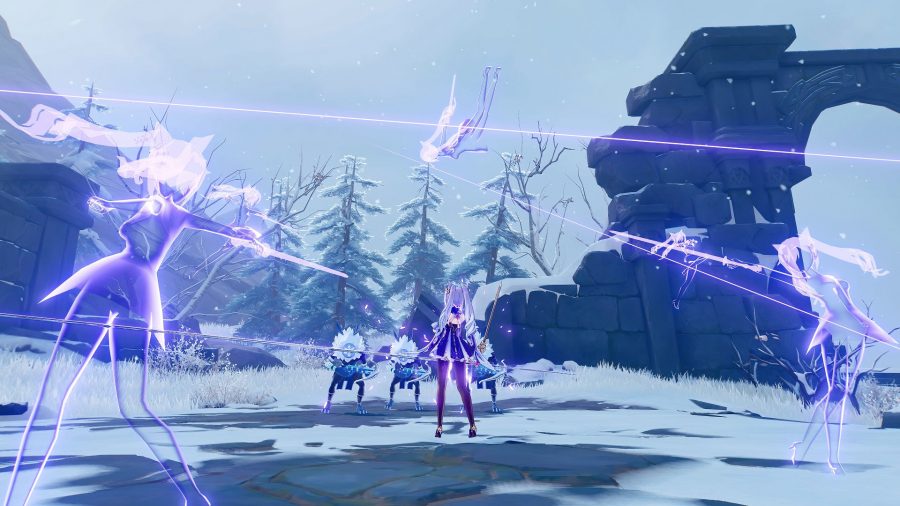 Ooooft, look at the purples and blues in this one. That’s a classy wallpaper and no mistake. And it’s got Genshin Impact’s Keqing on it. There’s almost nothing not to like about this wallpaper. You could put it in a museum and people would nod sagely as they walk by it. 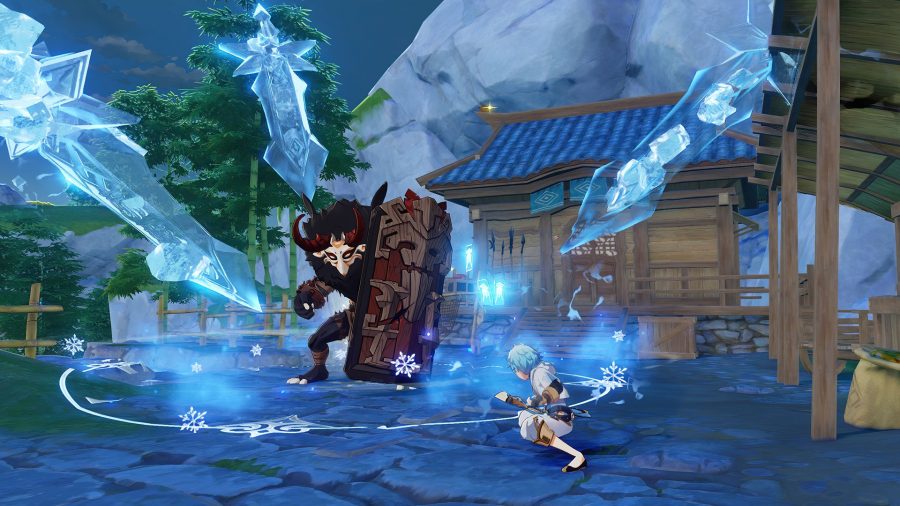 Giant ice swords abound in this one. You know something cool is about to happen. Hey, that was sort of a pun! Genshin Impact’s Chongyun certainly looks like he’s up to some awesome damage-dealing here, and you could look at him doing it every time you load up your computer. 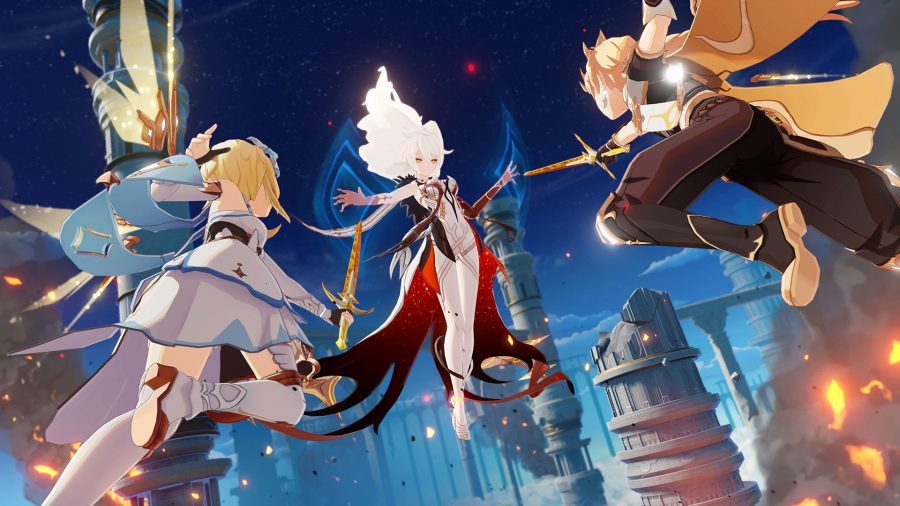 We think this one might be the best of the bunch. It’s got action, it’s got drama, it’s got leaping. It’s even got both versions of the Traveller in it. We’d quite happily look at this one every single day for the rest of our lives. 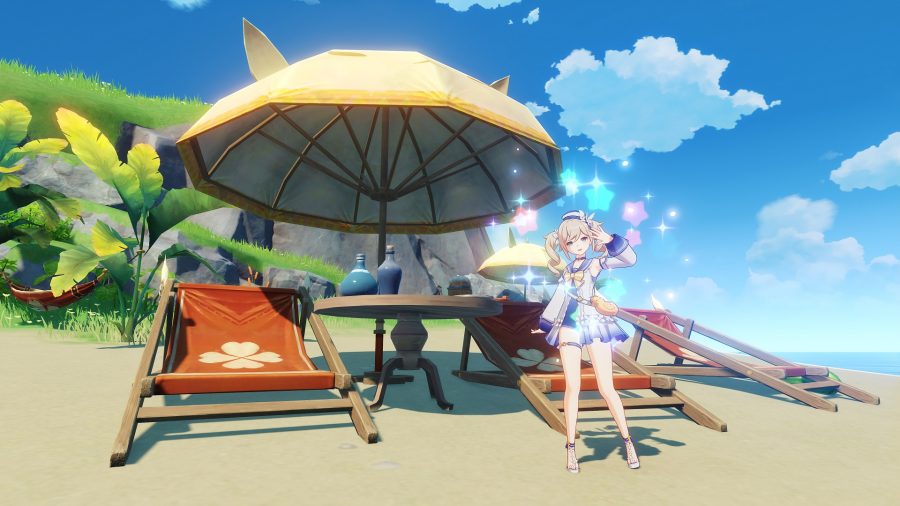 Take a trip to the beach with Genshin Impact’s Barbara! This wallpaper will give you that summer feeling on even the greyest of days.