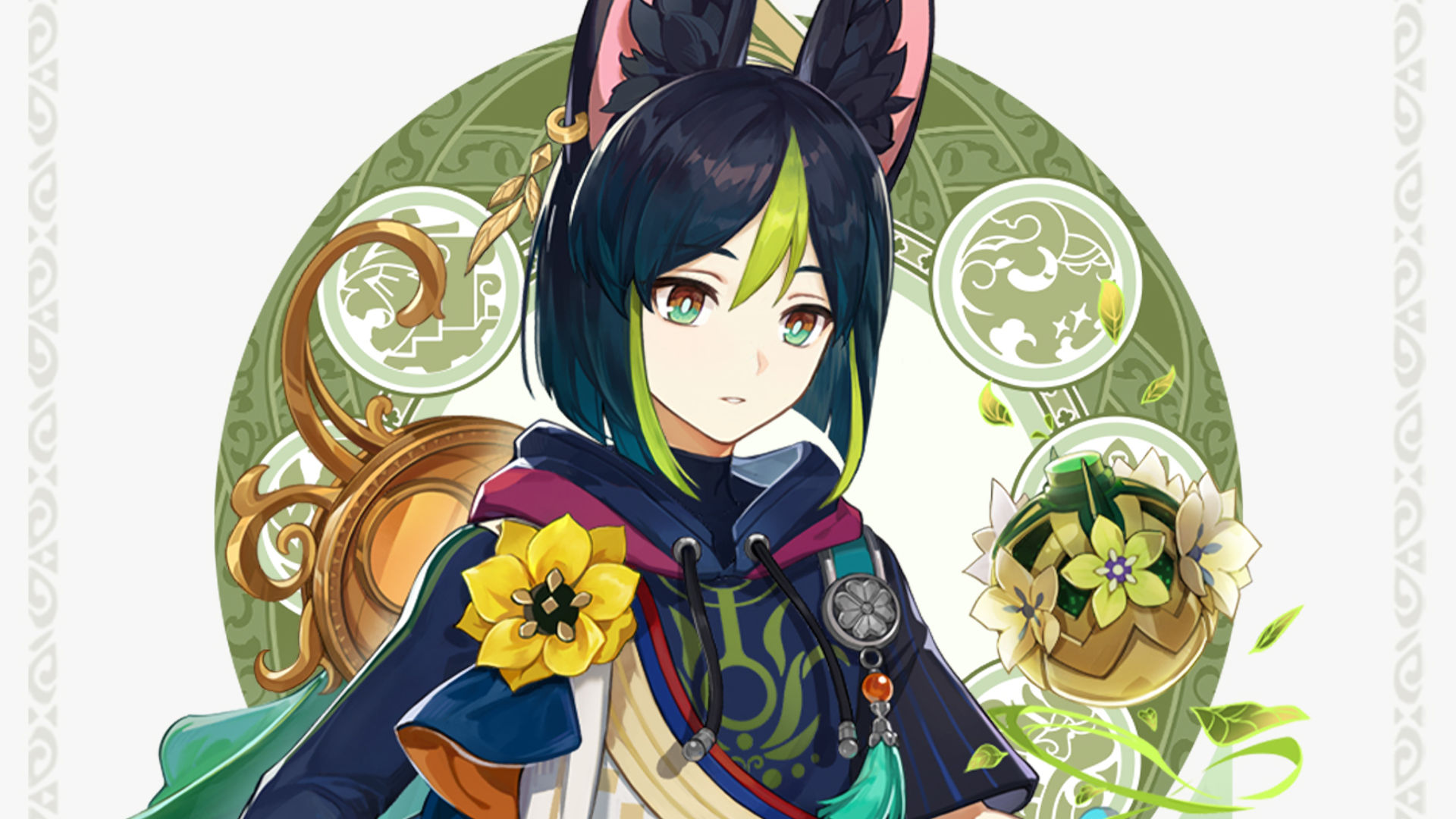 With Sumeru and the dendro element hitting Genshin Impact soon, Tighnari, the vigilant forest watcher, is coming forth to teach you the ways of the land. As the lead ranger of the Dawson Rainforest, he’s pretty darn knowledgeable when it comes to his nation’s flora, and you should probably take his guidance seriously, unless you fancy accidentally munching on a poisonous mushroom.

But Genshin Impact’s Tighnari is more than a mere encyclopaedia – leaks suggest that he’s set to be the first five-star dendro character in the game. Which, you know, is a pretty big deal considering how long we’ve been waiting for this element to arrive. So let’s take a look at this nature-loving scholar, as we dive into his release date, banner, skills, and everything we know about him so far.

Who is Genshin Impact’s Tighnari?

Tighnari is the lead ranger of the Dawson rainforest, and is responsible for both maintaining the land’s ecology and ensuring the safety of anyone who enters it. As is befitting for the nation of scholars, he is extremely knowledgeable in his area, and is certainly the type of person you want around during a hefty expedition due to his vast understanding of the flora and fauna around him.

From what we’ve seen, Tighnari is a dendro bow wielder whose kit seems similar to that of Genshin Impact’s Ganyu, meaning he’ll likely excel as a DPS or sub-DPS. According to current leaks, Tighnari is a five-star character. He has the teen boy model, meaning he’s similar in stature to Genshin Impact’s Gorou, with whom he also shares the trait of having large, pointed ears and a fluffy tail. We wonder if he likes to cuddle up to it when he sleeps, too? We’ll have to ask Guuji Yae.

“I brought back a specialty from the desert, two packs of honeyed dates, which helps to replenish your energy, whether in the morning or at night.” —An anonymously source

While Hoyoverse is yet to confirm anything, drip marketing and a lot of reliable leaks has led us to believe that Genshin Impact Tighnari’s banner will get its first run sometime in version 3.0. We’re unsure if he will be featured in the first or second phase, but we estimate that 3.0 will start around August 24, 2022, so we should find out more closer to that time.

What are Genshin Impact Tighnari’s skills?

As with his release date, Hoyoverse has yet to confirm any of Tighnari’s skills. However, several leaks have come out showing him in action, including this video by YelanLover. Additionally, in this post from reliable leaker BLANK, we get a sneak peek at the kits of three upcoming Sumeru characters – Genshin Impact’s Dori, Genshin Impact’s Collei, and, of course, Tighnari.

Here are Tighnari’s skills according to the leak.

And that’s everything we know about Genshin Impact’s Tighnari at the moment. Either way, it shouldn’t be long until our new dendro pals arrive, so be sure to check out our Genshin Impact codes and start stashing those primos. You can also head over to our Genshin Impact tier list to size up the competition so far.