Among the sea of Sumeru characters revealed in Genshin Impact’s third teaser trailer for the new region, one mysterious little girl has sparked up a lot of interest. Sat atop a tree branch with a cheeky smile, dressed in delicate, fairy-like clothes, Genshin Impact’s Nahida is definitely up to something – and we’re here to theorise what.

So, let’s take a closer look at Genshin Impact’s Nahida, along with her design, potential element, release date, and what’s behind that mischievous, knowing little smile. We’ll be sure to update this guide when Hoyoverse shares more about her, but in the meantime, let’s get to theorising!

Who is Genshin Impact’s Nahida?

We saw our first official glance at Genshin Impact’s Nahdia in the third Sumeru teaser trailer. Hoyoverse didn’t reveal much about her, only referring to her as a ‘mysterious girl’, but her unique design might just give us a couple of hints as to who she is. 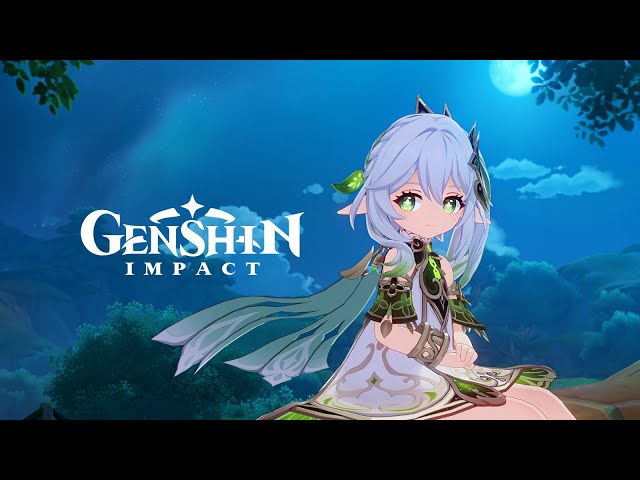 Of course, we know that Nahida is associated with Genshin Impact’s Sumeru, and her outfit certainly enforces this. She has a predominantly green, white, and silver colour scheme, with her clothes taking the shape of flower petals. Her cape is reminiscent of a pair of wings, making her look almost like a tree fairy. She’s also adorned with little motifs that look similar to four-leaf clovers, which also appear in her pupils.

And this is where it gets interesting – many of us have come to theorise that Nahida may actually be Genshin Impact’s Lesser Lord Kusanali, Sumeru’s archon. We already know (through various dialogue lines) that Kusanali is young and small in stature, which fits in with Nahida’s model. Also, her fairy-like appearance ties in with the meaning of Kusanali, which comes from the Pali words kusa (kusa-grass, a sacred plant) and naku (a hollow stalk or tube). In Chinese, her name literally translates to ‘little lucky-grass monarch’, and that seems to fit Nahida’s design perfectly – especially with the clover-like symbols.

The most compelling argument for Kusanali being the dendro archon is her appearance. Like previous archons, she doesn’t appear to have a vision on her, and her hair is tipped with a green gradient – something that appears to be a common trait shared by Genshin Impact’s Zhongli, Genshin Impact’s Raiden, and Genshin Impact’s Venti.

Remember this is, however, all theory-crafting, and Hoyoverse is yet to give us any confirmation, but it’s fun to guess!

What is Genshin Impact Nahida’s element?

Though nothing is confirmed, Nahida’s design makes us think that she’s likely a dendro wielder. 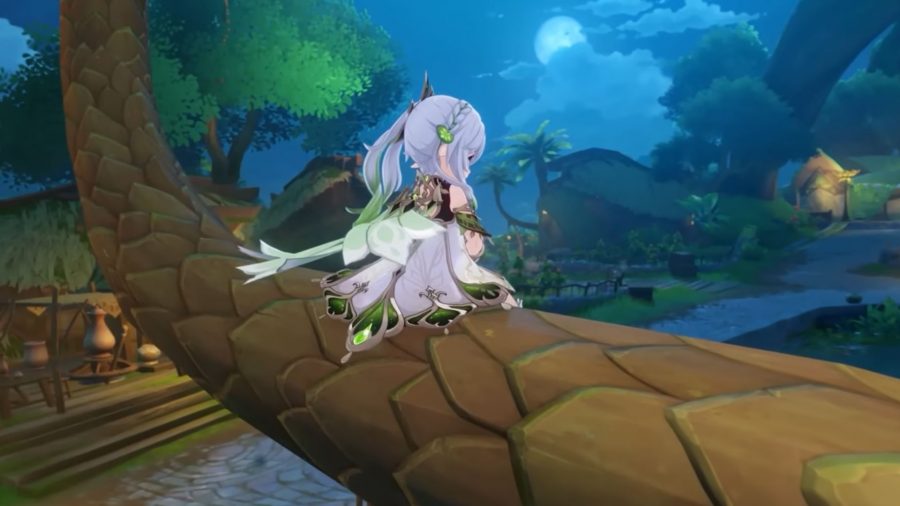 When is Genshin Impact Nahida’s banner?

We don’t know Genshin Impact Nahida’s release date or banner yet, but we’re pretty sure it won’t be in version 3.0, so we’ll likely have to wait until 3.1 onward. However, she could still appear in the storyline before then – we’ll keep our eyes peeled.

What are Genshin Impact Nahida’s skills?

Hoyoverse is yet to share anything about Nahida’s skills, role, or rarity yet. But we’ll let you know as soon as we find out.

That’s everything we’ve got on Genshin Impact’s Nahida so far, we may have to wait until we get to Sumeru to find out more. In the meantime, head over to our list of the best games like Genshin Impact to find something new to play.