Sky Sports News has been told West Ham’s bid – worth £12.6m (€15m) including add-ons – was rejected, with Frankfurt looking for closer to £16.8m (€20m) for a player who has entered the final year of his contract.

Kostic is represented by the World Soccer Agency (WSA) – the same agency that looks after Gianluca Scamacca.

Their founders Alessandro Lucci and CEO Alessio Ceccarelli are trying to broker a deal between the clubs and with the player.

Kostic has already turned down two offers from clubs in the Champions League but would consider West Ham if an agreement is reached.

Kostic wants to weigh up all his options as he believes the next deal he signs will be the last big one of his career.

He is also conscious of the fact he is four months away from being able to sign a pre-contract agreement with a club outside Germany. 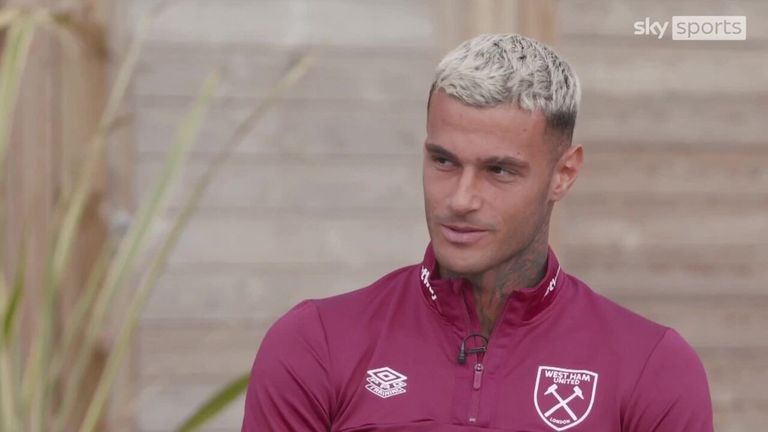 West Ham’s new signing Gianluca Scamacca says that it is a dream come true to play in the Premier League.

PSG made a late attempt to sign Gianluca Scamacca from Sassuolo.

However, the player and his representatives had already given their word to West Ham that he would sign for them.

Earlier this month, Sassuolo CEO Giovanni Carnevali revealed PSG had made a bid worth close to €40m for Scamacca.